The Double Standards of Entertainment 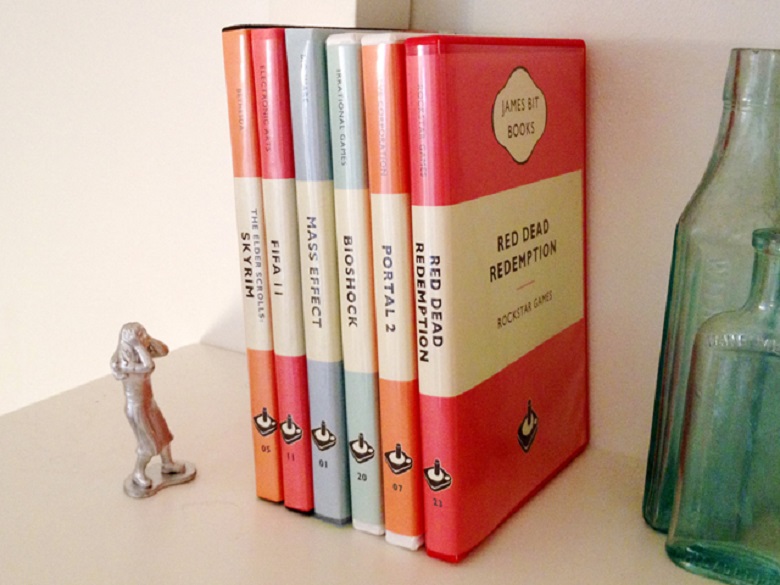 Earlier this year the Diagnostic and Statistical Manual of Mental Health Disorders (DSM-V) was revised to include the ‘disorder’ of Internet Addiction, which I must admit left me shaking my head. I can’t think of any other pastime that comes under such scrutiny than that related to online activities or video games. Spend a winter’s day curled up on the couch reading a book or watching a movie and people accept that as a wonderful way to spend a lazy day. But say you spent that time engaged in the age old battle between the Assassins and Templars, or watching cat videos on You Tube, and your news is met with derision to the point where it’s sometimes easier not to make mention of it at all.

I’ve never heard anyone’s reading described as ‘excessive’ and although television does sometimes come under criticism, it’s yet to have a disorder attached to is as far as I’m aware. In fact, society will often admire those who spend considerable time reading or taking in movies and shows as evidence of learning and culture. Why not then with video games?

I should mention that I for one don’t subscribe to the ‘video games are art’ argument. In fact, if I’m being completely honest, I think there’s a degree of wankery in such a viewpoint that almost tries to justify gaming to the masses. Gaming is entertainment, that’s it. It’s no different to books, movies or television. Some people attach greater meaning to these things, or differ in their interpretation, but often I find that we seem to have developed into a society that feels the need to find reason in everything. Why do I sit up until 2 am playing Far Cry 3? Is it because I identify with the struggles of the Rakyat on a subconscious level, mirroring my own struggles through life, or does the violence inherent in the game give me an outlet for my own latent homicidal frustrations? No, for me it’s just good fun and I enjoy it. Nothing more, nothing less. The story is good, the gameplay good, and it’s set in an interesting environment.

The frustrating part of enjoying gaming is that there are those people who understand that enjoyment and those who don’t, and for some reason the latter feel the need to remind you about it all the time. These same people will often not think twice about sitting up until the wee hours watching tennis, Formula One, or any other event where time-zones work against us. In fact it’s almost a matter of pride how tired everyone is during Wimbledon, with people going on ad infinitum about how they sat up half the night, giving a blow by blow description of every match. But if you start trying to convey the multi-faceted story and characters of the Mass Effect universe, and explain how despite the late hour you just can’t seem to pull yourself away, you can, in some instances, watch their eyes glaze over and wait for the inevitable ‘How can you sit up all night playing games?!’.

One thing that confounds the non-gamer is how we, as gamers, can stay up for a midnght launch or pay over $100 for a Collectors Edition complete with steelbook case, DLC, and figurine. But they don’t seem to see the irony when they pay hundreds of dollars to travel interstate to watch a sporting event, and return laden with memorabilia. While we’re discussing sports, how many people have been killed or injured as a result of sporting related violence. There are countless examples of soccer hooliganism, but I’m yet to hear any calls for the sport to be banned. But if you have a violent criminal who once sat in a room while Call of Duty was being played, well that of course is the catalyst for such actions. Let’s conveniently ignore any other underlying factors, such as psychological disorders (besides internet addiction) or failings in the system to identify and care for such people.

There has, of course, always been a history of anything new being demonised, be it rock music or, in my industry, the introduction of radar, for example. Although this is no different, the groundswell against it seems to be never ending. If you took the movie Footloose and replaced their desire for a dance with them wanting to run a monster LAN gaming session, the net result would be the same. Many articles on the rise of internet gaming cite examples of people using real cash to purchase goods within some virtual world, with participants trading these good with one another. Now to some this obviously seems a waste of time and money where people covet these seemingly useless goods, but when grown men spend hours and hundreds of dollars searching for and purchasing sports trading cards, then there’s nothing wrong with that and it barely raises an eyebrow.

As is probably clear by now, I love gaming, and it’s a big part of my life. Often during a particularly crappy day at work I look forward to planting my arse on the couch of an evening and wasting some time with my controller in my hand. Now I’m not a no-hoper derro living in mums basement, with a pale complexion and aversion to social situations. I am in my late 30s with a successful professional career, and multiple hobbies which get me out of the house. I am married with two young boys who share my love of gaming. In fact gaming has helped to cement my relationship with the boys. It is not uncommon for us to have deep conversations about the various storylines of the games. Even those games that I don’t allow them to play or watch me play are the subject of many a conversation as I give them a Readers Digest version of the story so far.

These are obviously just my views and may over simplify matters, but I’m pretty confident that I’m not the only one that feels this way. I honestly think that gaming cops a bad rap. Not only in getting the blame for all of society’s ills, but also coming under far more scrutiny and prejudice than any other form of entertainment. Gamers often have to justify their passion in a manner not required of any other mainstream pastime. And let’s face it, gaming has become mainstream – whether society likes to admit it or not.