The path to a gay lead

Gaming has come a long way over the years. From the simplicity of Pong to the complexities of trying to understand the plot of the Metal Gear Solid series, we have seen games evolve from more than the quick game you try and reload, to games in which the story-lines engage the player, drawing them in to the artificial world created by the games writers. We are spending greater amounts of time in these game worlds, and with this time investment has come a greater interaction with the characters within these worlds.

For many gamers, supporting characters can be part of what drives the plot, or the friendly hand who guides the player to an objective when you are not sure where to go. As games have evolved, so too have these supporting characters, with games creators depicting characters of various sex, race, religion and, significantly, sexuality. Homosexuality has been around in games since the 1980’s, with gay NPC’s included in game worlds, and more recently games developers have given players the choice of the sexuality of their character in RPG games. But this leaves the big question being asked by many gamers, especially those in the gay community, of when will we see a protagonist whom is written specifically as a gay individual.

Before we can look to the future, we should cast our eyes back to the history of gay characters in video games. As mentioned above, gay characters have been around in games since the 1980’s. One of the earliest examples was the text-based adventure game Moonmist, released in 1986, in which the game splits into several plotlines dependent on player choice at the very beginning. One of these plotlines involves a female artist whom is jealous because her girlfriend had gotten married to a man. Fast forward to the 1993 release of Dracula Unleased where, through full motion video, gamers are treated to a live actor portraying a homosexual character. Whilst a huge step forward from an inclusion perspective, the actual use of the character was less than stellar. Unfortunately, Alfred (the homosexual character) would accost the player with sleazy glances and his actions were such that it was made a touch too obvious (read stereotypical) his sexual orientation. This may have been a result of the constraints of Full Motion Video, however, in which the actors had to over-exaggerate their body language.

The next notable instalment of homosexuality in video games came in 1998 with the release of Fallout 2 from Interplay. Whilst this game was an RPG, and thus the player could choose to play how they wished, this was the first game to offer the player the choice of same-sex marriage to another NPC. This player choice was taken a step further with the arrival of The Sims in 2007 where a player could not only choose to engage in a same sex relationship, but was able to adopt a child for their own gay couple. Whilst in 2007, gay couples adopting was not a new thing in the ‘real’ world, it was something that had never been done before in the games world and it brought a level of equality to the simulation genre that allowed it to represent what was happening in the real world at the time. 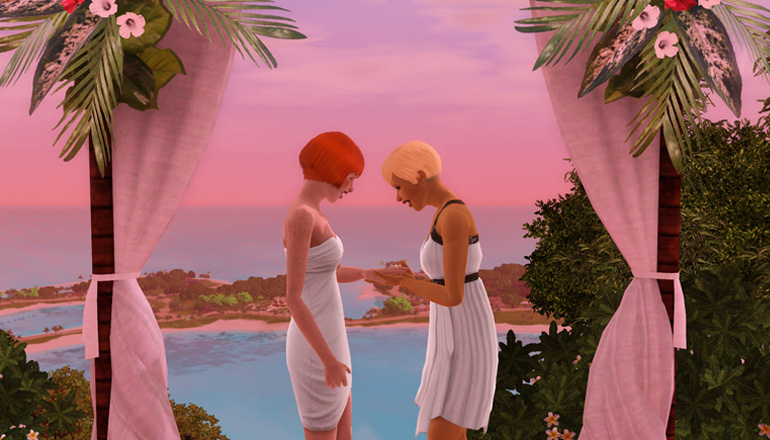 Subsequent iterations of The Sims have continued to offer the options of gay relationships. Similarly, is not uncommon to find a gay supporting character as a member of your party in many of today’s RPG’s. Because of the very nature of RPG’s, the player can actively choose not only to make their character gay, but to engage in same sex relationships with other NPC party members.

Bioware is a company that has had experience with writing gay characters into their RPG games in supporting roles, with the player having the option of romancing these characters. This has been the case as far back as Knights of the Old Republic, with the female Jedi Juhani written as being a Lesbian and able to have a romance option with the female version of Revan. This was not completely obvious to everyone upon the games release, with bugs in the code rendering the romance option open to the male character as well. The issue has been discussed many times on an uncountable number of websites over the years, but the general consensus is that Juhani was written as a lesbian character, and while there are no sexual scenes involved in the game, it is significant as up until that point there had been no homosexual characters written into the Star Wars universe.

Despite their advances in the inclusion of gay characters into their games, it has not always been smooth sailing for Bioware, who have weathered multiple attacks from various groups of gamers regarding the inclusion of homosexual characters in both the Dragon Age and Mass Effect series. However, despite these attacks, Bioware has not shied away from diversity within their games, and have instead taken a huge step forward in gay characterisations and scripted characters for both Mass Effect 3 and Dragon Age: Inquisition. In both these series, Bioware have written characters that are only attracted to the same sex, removing the bisexual ambivalence that has been prevalent in previous RPG interactions thus far. 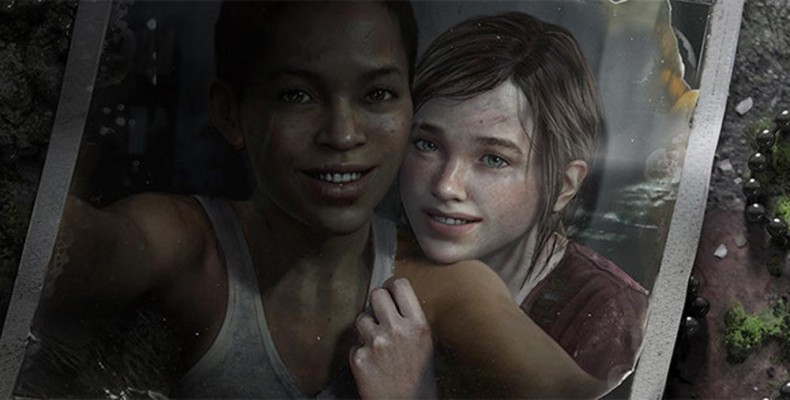 Given these examples of homosexual characters in AAA games, it seems an odd exclusion for some companies to continue to remain silent on the topic of homosexuality within games. Nintendo has been in the news recently after it was revealed that the new life sim Tomodochi Life did not include options for same sex relationships. After a large amount of backlash, the company has since announced that at the time the story came out it was too late to change the game to include these relationships, but that after listening to the community, they have pledged to be more inclusive in future versions of the game. Whilst it is upsetting they did not include these options, especially as it is a ‘life’ simulation and homosexuality is a way of life for many people, it is not the first time Nintendo has censored their games in this way, with the hand-held versions of The Sims on the Gameboy Advance and DS having the options of same sex relationships removed. Why was the choice made to exclude these options? It is a good question and one that only the company can really answer.

So what does the future hold for gay characters? When will we get a gay character in the lead role of a video game? At this point it is unclear, but Ubisoft Montreal lead writer Lucien Soulban, himself and openly gay man, spoke about the subject in an interview on the Ubiblog in which he claims “Not for a while, I suspect because of the fears it’ll impact sales”. Lucien goes on to say that if it does happen it will be more of a bait and switch situation, much like the revelation that Samus Aran in Metroid was actually a female.

In the interview, Lucien went on to add “Videogames have stopped “announcing” gay characters. They’re introducing them without much fanfare in an effort to say, Yeah, it’s there and pretty normal.”. The lack of fanfare about gay characters is something that has been present in television and movies for a while now, and while there are some instances of having characters play up to the hyper-flamboyant gay stereotypes, the sexuality of the characters in today’s movies and tv shows is just one more facet of their character traits, not the defining trait.

It is my hope that there will come a time when a person will pick up a game and enjoy it, with the sexuality of the lead character having no impact on the enjoyment of that game. As games continue to push the boundaries and to reflect the real world, they will incorporate gay characters into the lead roles more often, providing true equality to the gay and lesbian community. At this point, it’s now a waiting game to see just which developer will step up to the plate, potentially risking sales revenue and lay the groundwork for another level of gaming.