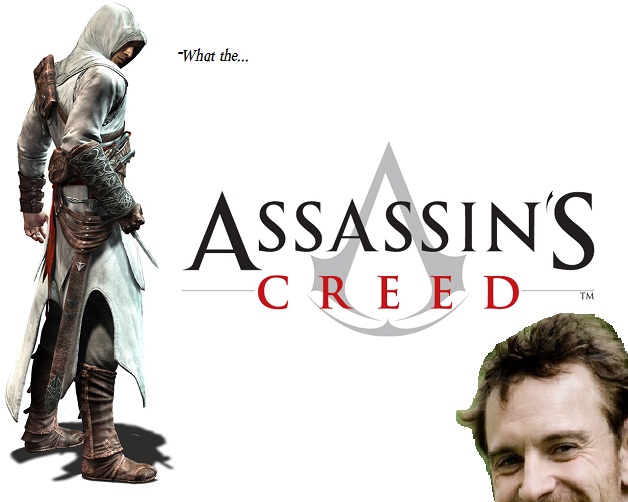 Allow me to clarify the title of this article.  Hollywood, please stop making bad video game movies.  Make them amazing or stop making them altogether.  Over the years we’ve been hit with some pretty special globs of suck, and some of them have served to leave a bad taste in the mouths of fans.

With the recent news that Michael Fassbender will be starring in a film version of Assassins Creed, and the sudden leap onto the band wagon of Eidos and CBS wanting to make a Deus Ex movie I can’t help but have mixed emotions about all of it.

Hollywood has had a long and storied history of taking popular video games and trying to shape them into movies. Some have met with success and some have failed miserably, but one thing remains constant: Mediocrity.

In 1993, you may remember Super Mario Bros. coming out as an atrocity of film and life in general. This, to me set the precedent that no one should be making movies based off of video games. And vice versa (seriously, that Back to the Future NES game based on the movie should never have existed). Not even Fisher Stevens was able to save Super Mario Bros. and it was a gigantic flop. 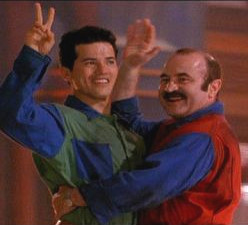 Since then there have been other…. mistakes…

Who could forget the cinematic abortion Double Dragon?  The movie was rife with the 1990s, and you know you’re doing something wrong when Alyssa Milano is the best thing about your movie.  Anyone remember Wing Commander?  Even with my teenage crush on Freddie Prinze Jr. I was unable to even get through this one.  Side note:  Was there a movie in the late 90s that Matthew Lillard was not in?

FPJ here just remembered that he voluntarily signed on for this role.

Blood Rayne, Alone in the Dark,  House of the Dead,  In the Name of the King: A Dungeon Siege Tale, Postal, Far Cry.  No one has done more to ruin the worlds of film and video games than Uwe Boll.  Mr. Boll has single handedly destroyed a plethora of games movies.  Granted, these were never my favorites to begin with, but I’m sure someone out there loves Alone in the Dark just as much as I love, say, Mass Effect.  Those people are probably full of a sadness that nothing than cure after watching watching a ten years past his prime Christian Slater make a movie with a bespectacled “genius” Tara Reid.  In fact I’m sad for them.  I am not sad, however for Uwe Boll.  He made his own bed. 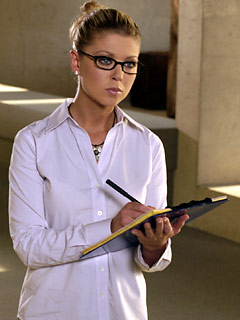 I really wanted to like Max Payne.  I am generally on the positive side of ambivalence about Mark Wahlberg, and I thought the games were pretty good.  The cinematics of the film were highly stylized and eye catching.  It was pretty.  It had potential.  And then it failed.  IGN sort of ripped this movie to shreds in a review and then went and gave it the Best Video Game Adaptation award in 2008 because it was still the best video game movie of the year.  The state of video games to film has not gotten much better since.  Hey, wasn’t there a Hitman movie too?  I can never remember because I think it looks exactly the same as Max Payne.

The list of terrible video game movies that should never have been made goes on.  There is Street Fighter: The Legend of Chun-Li, DOA: Dead or Alive, terrible sequels to Blood Rayne and Alone in the Dark (THAT’S ENOUGH, UWE!).  I am preemptively calling “flaming bag of poo” on the possible God of War movie simply because of its even momentary possible association with Brett Ratner.

There have been some successful films, films that I have even enjoyed even if they weren’t necessarily “good.” Generally fans of the games involved have been able to watch, shrug and say “well it was fun.” Street Fighter in 1994, while absolutely terrible is still humongously jokeworthy, partly because it was a Jean-Claude Van Damme flick and partly because it was the great Raul Julia’s final film before his death.  Wait, that’s not funny.  That’s actually kind of sad.   Still, the casting of Kylie Minogue for Cammy was perfect, and every single person I know understands exactly what I mean when I say “but for me it was Tuesday.”  The world is richer for having this awful movie in it.

I admit that the first Mortal Kombat movie is something of a guilty pleasure of mine.  Look, it wasn’t that bad.  It had beautiful people, nicely done fight scenes, and gorgeous settings and cinematography.  Was it something to write home about?  Probably not, but at least the mid 90s soundtrack was cool (sorta).  I’d rather not talk about the movie’s sequel, Annihilation.  It never happened.  My selective memory says so.

Tomb Raider and its subsequent sequel starring Angelina Jolie at least managed to get your favorite things about the game into the movie. Lara Croft spent most of her time climbing things and grunting as well as shooting at stuff. Was there a plot? I really can’t remember. Who cares because boobs.

Somehow Final Fantasy: The Spirits Within managed to at least gain a little critical praise based on its CG realism, but it was still a box office flop. It also had nothing to do with any of the Final Fantasy series’ storylines – a fact which probably helped more than hindered seeing as how I’ve never fully been able to decipher an actual story from most of those games (something about feathers, crystals, and amazing fashion choices from what I gather).

Then there’s Doom, a movie which by all accounts had no business using the title Doom.  It was just a movie starring Dwayne “The Rock” Johnson and then at the end the filmmakers tacked on what everyone had been waiting for – a first person POV scene.  That’s cheating, Doom!  I admit you were a good way to pass a couple hours on a Sunday, but you get no points!  Silent Hill was another atmospherically interesting movie and Prince of Persia was at the very least action packed. 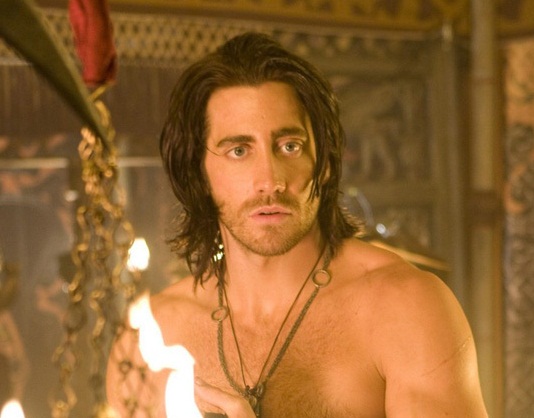 Game fans are protective of the things they love, and with good reason.  Hollywood has not been overly kind to video games, and as a result it makes people like me nervous for future films.  The idea of a Mass Effect movie makes me feel bad and weird inside, as does the notion of an Uncharted one.  These are games that were so cinematic in their design to begin with, one almost wonders why anyone would even bother making a live action film that could easily tank at the box office.  We gamers get nervous when Hollywood decides to take something we hold dear and try to tart it up for the rest of the unwashed masses.  This is because it has never fully worked out.

If anyone is doing video game to movie adaptation right, its the Resident Evil series.  The plot and main character of Alice are nowhere to be found in any of the actual games, and in my opinion that is part of its success.  The films pepper in a few familiar faces like Jill Valentine, Claire and Chris Redfield, Albert Wesker, and even Ada Wong (in the upcoming Retribution).  They make allusions to the games in a way that I think fans appreciate, and they do it without completely butchering established characters and story-lines.  These films are a surprising box office success, and certainly the biggest franchise to date.  They are fun, action packed, and generally well done. 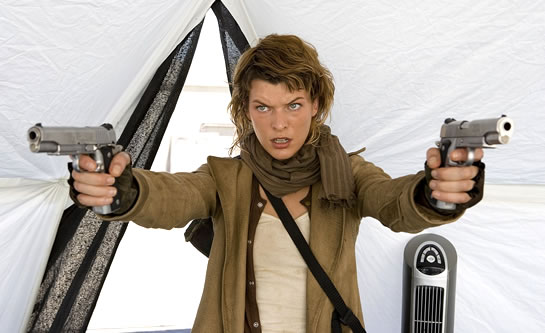 “Yeah as a matter of fact I do take this shit seriously.”

What sets the Resident Evil series apart, possibly, is heart and a seriousness of the subject; and that is exactly what most video game movies lack.  Time and time again, studios have thought they can fool us with a nod and a wink to the fans (“Oooh! I think he did a special move!” “Hey, Chun-Li, she existed!” “Wow, they are SO alone and in the dark!” etc.) rather than producing a film of any substance.  Market research has proven that people are more likely to see something they have heard of; most movies produced in the last three years have been based on existing properties (including TV-remakes, sequels and for-the-love-of-god-why board games).  So just by slapping Q-Bert on the poster, they think we’ll slap our butts in the seats. And unfortunately, they are somewhat correct. The sad truth is that if they make them cheaply, they can still pull a profit… probably.

And so I am pleading with Hollywood today – do it right or don’t do it at all.  I admit I am intrigued by the idea of an film based on the Assassins Creed IP.  It could potentially be amazing, so I’m really hoping Hollywood has learned from past mistakes.  Our only hope is that with the uber-success of comic book movies, Hollywood will eventually treat video game properties (and fans) with the respect they deserve and reap multi-million dollar opening weekends, rather than Direct-to-Starz repeats at 2:00 AM… Then again, Tara Reid’s gotta eat, right?