The top 12 most over-rated games…in this not so humble gamer’s opinion! 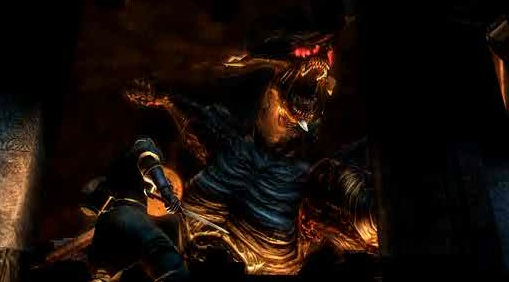 I know, I know….this has been done and overdone on so many sites and in so many magazines. But hey, this is my chance to vent on some games I have felt were far overrated over the years. It will ruffle some features I’m sure, but remember this list is only my personal opinion and nothing said here about any game should be taken as cold hard fact.

The distinction for overrated is based primarily on two things: critical praise for recent titles and overall legacy for older titles.

Atlus may have only been the publisher, but seeing that name on any video game sets expectations for me. In almost every respect this game did not deliver. With mechanics I did not care for, a difficulty I found tedious instead of challenging (I love a good challenge, I play ATLUS games come on…), and a story that did nothing to engage me, I was heavily disappointed with this game. What’s bad, I enjoyed the atmosphere and aesthetic feel to the game and really, really wanted to like the game even when growling at the crowd of phantoms pummelling me mercilessly during one of their special events… but due to the tedium and barely-there story I just couldn’t bring myself to like the game. All that and the dark horse wins for Game of the Year it managed to steal from more deserving titles are the prime reason this edges into this list.

11 – The Legend of Zelda: Ocarina of Time

First off, I like this game. I found it a fun game at the time and still enjoy a playthrough every great once in a while. However, for all this game did it does not stand as the greatest of all time in my personal opinion and yet it is routinely in the discussion. This is a great game that deserves some praise, however it just isn’t the greatest of all time and for that alone it lands on this list.

Just like the last game on this list, this one is not here for being an underwhelming game by any means. It was another example of a good game that I actually enjoyed. But, with the rather flat endings and certain story elements that didn’t sit as well with me as others, this game had some flaws that kept it from being truly great in my opinion. This game won numerous Game of the Year awards and is often in the discussion for greatest of all time when I feel it was nowhere near that special. This is made even starker given that there were other games that year that were far better and more deserving of such praise.

Great game… terrible Resident Evil. Just like its sequel, it is an actual fun game with a decent storyline but as a fan who played from the first game in the series this was the game that took the series away from what it was in both gameplay and especially in story. Gone were the zombies and gone was the chilling atmosphere. This game became more about action than any previous Resident Evil. That hurts it as a Resident Evil game. And being considered a greatest of all time candidate does it no favours.

I still have not beaten this game. Yes, I know as a pseudo games journalist now this might seem strange, but the black hole that is Mexico continually saps my energy and I just can’t play through the story at all. This game would be much higher, if not for its spectacular multiplayer free roam. I have logged in a lot of hours just hunting or even sitting on a mountain top whiling away time watching a sunset. If only the single player story was that engaging. The multiple game of the year awards and even soundtrack awards that this game took home were undeserved in my opinion.

Unlike GTA IV, this game had no real multiplayer free roam to fall back on. Like most Rockstar games, I was underwhelmed by the single player experience, though this one did not help itself when it had me erasing rival gang tags as a quest. It was further hurt that I didn’t like any of the characters and micromanaging your characters looks was more tedious than fun. The fact this is considered one of the greatest games of all time is far beyond me since I wouldn’t even put in my top 100.

Forget the talk of greatest shooters. Forget the talk of a great multiplayer. The simple fact that the campaign was so short that when it ended and I blinked at the screen and said “That’s it?!”… yeah. The story went nowhere and the game was so short that I felt like I wasted my money on the game. Its sequel would have been up here too if not for the hours of drunken party session mindlessly blowing through hordes and death matches with friends. The games can be fun, especially on multiplayer, but the single player campaigns offer little and that alone eliminates this game from being a true great as these games are claimed as.

I was hyped over this game. I was looking forward to a fun little romp through a game that was as fun and engaging as Mario 64 was. But the gimmicky motion controls didn’t add anything and in many ways the game felt like a massive step backwards for the series. Everything felt far too linear and there was no sense of real exploration as I progressed through the game. It is not a terrible game, but this is certainly not the greatest game the year it was released and certainly not one of the greatest games of all time.

I loved Combat Evolved. I enjoyed Halo 2 and ODST. And I found Halo Reach to be a spectacular entry into the series. Then there is Halo 3. While the gameplay was relatively flat, which is fine given that the first Halo is still a blast to play, it was the story that caused me to not play any Halo game for 3 years. Not only was the Arbiter story shoved to the side, but all the lore built up through the last games and the books amounted to nothing in what was supposed to be the pay off instalment to the trilogy. Once I beat the game, I was disgusted by the lacklustre attempt to “wrap up” the threads that were left hanging and the introduction of not only a predictable hostile enemy but also clichéd plot points that felt forced within an already scant narrative this game didn’t really manage to weave a coherent story . Halo 3 stands as one of gaming’s greatest disappointments.

I am a Final Fantasy fan boy. I wear those colours proud. That should tell you a lot about my opinions on this game alone if it is on this list. This was the first time I was not only disappointed in a Final Fantasy game, but honestly disgusted with one. That is a testament to how bad of an experience it was for me. I have come to expect certain things from Final Fantasy titles, but the most important things are great characters within an intriguing and well crafted story. Final Fantasy XII had almost none of that. The characters were mostly two dimensional clichés that never really developed over the course of the game. And the story… well, aside from early glimmers of a wild and intriguing tale, the game only provided plot holes and a focus on trite fetch quests that often made the plot holes even worse. It didn’t help that much of the intrigue in the world happened off screen and was dictated to the player instead of shown. Add a bad battle system that was either tedious to play or played itself and some horribly obvious parallels to Star Wars and you have the first Final Fantasy game I ever had to force myself to finish.

I enjoyed the single player of the first Modern Warfare. The story was crisp and powerful and the gameplay was fun. I never touched the multi player in the first game. I expected a lot from its sequel. This game however was wrong on so many levels. The inclusion of a controversial level felt more like controversy for its own sake rather than a natural progression. Yes you can skip this sequence, but it only becomes starker as plot point after plot point hits. There was little narrative flow and the game was more huge action set pieces meant to wow the player rather than weave a powerful story like the first game did. Playing the campaign was a chore to me… and the multiplayer… how this series has become the most played console multiplayer game is beyond me. The multiplayer is not only unbalanced, but suffers from lag at fairly common rate and is one of the most horrid online gaming communities there is. I cannot play without muting all other players given how bad most with mics are. Pathetic story, pathetic multiplayer and yet this game not only received a lot of critical acclaim, but quite a few near perfect and perfect scores. That still leaves me dumbfounded.

Yes. That’s right. Half Life 2 is the most overrated game I’ve ever played. The story is nothing special and the characters aren’t all that engaging. It doesn’t help that the style of narrative is hit and miss at best and there is no real character development at all for Gordon Freeman. He was simply there as an avatar for the gamer… and maybe that works for some but for me I had no emotional attachment to him and thus a far harder time to get emotionally attached to anything or anyone around him. And then there is the gameplay: boring. Yes, Boring. I found the game tedious to play and I never got so lost in the game that I lost time or didn’t want to put down the controller. This game took me forever to beat the first time and the only reason I happen to own a copy now is because of Portal… The fact that this game is constantly heralded as the pinnacle of all gaming… yeah, sorry, but no.

And there ya have it! Feel free to disagree or agree to your heart’s content. I know quite a few of these games are quite beloved. But please remember, a few of these I actually like and enjoy myself, I just don’t personally hold them in as high regard as many seem to.