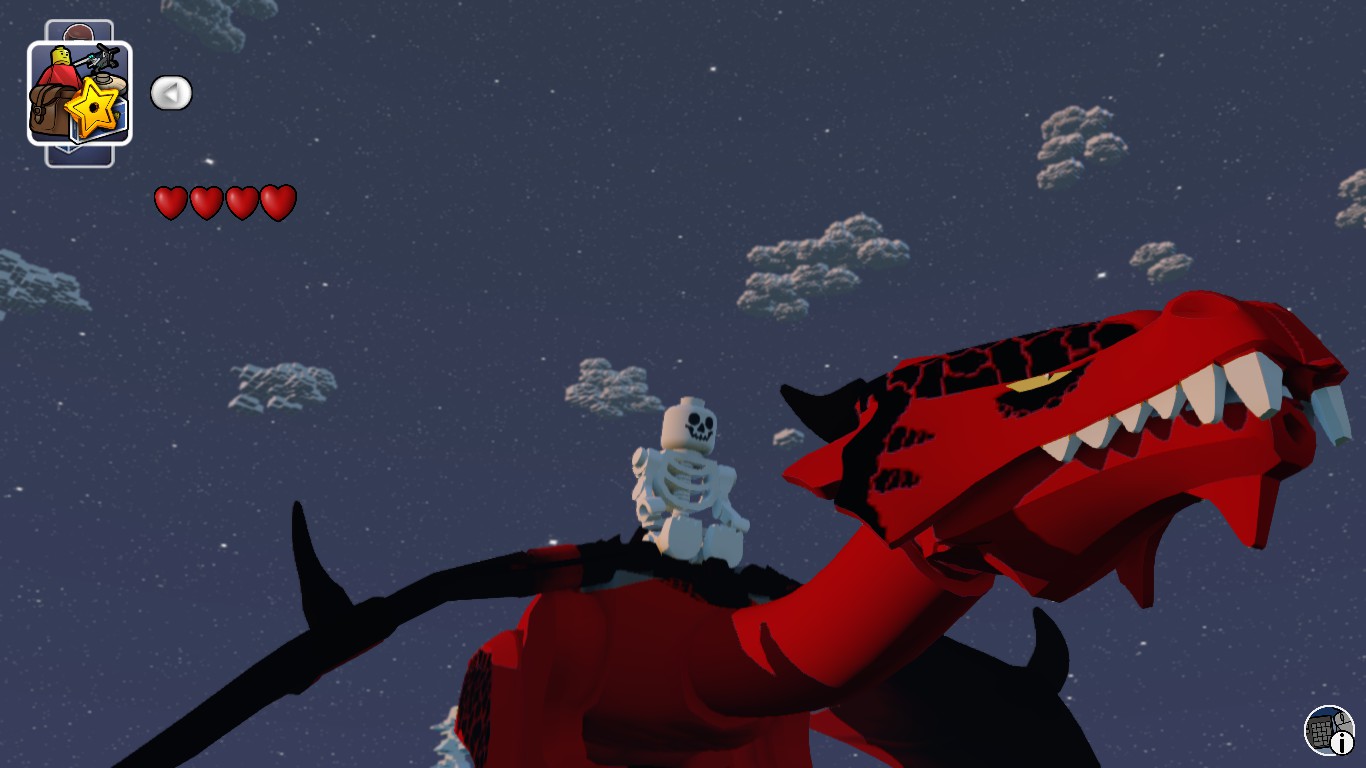 Rest easy – that’s not a spoiler for Game of Thrones but a screenshot from LEGO Worlds, a game which appeared on Steam’s Early Access at the start of the week.

It’s a creative world-building game with generated environments, terrain manipulation and of course, bricks, bricks, bricks. It follows a lot of the play conventions and controls as developer TT Games’ other jaunts into virtual plastic have done, though goes further than its predecessors with free placement of bricks and deformable terrain.

With obvious comparisons to Mojang’s jewel, LEGO Worlds has already been dubbed a Minecraft Killer, though it’s too early to tell how apt that descriptor might be.

Each world is procedurally generated by the game based on a seed, manifesting as islands of varying biomes, each with distinct flora and fauna. As you move around the game, you can smash plants and structures apart and get the sweet lego currency that sits inside, smirkingly referred to as studs. The currency can be used to buy the design for anything you unlock in the game, which then lets you place them in your worlds whenever you want – yes, once you’ve bought a design (vehicles, characters, animals or decorations), they’ll be available to use in all of your worlds. 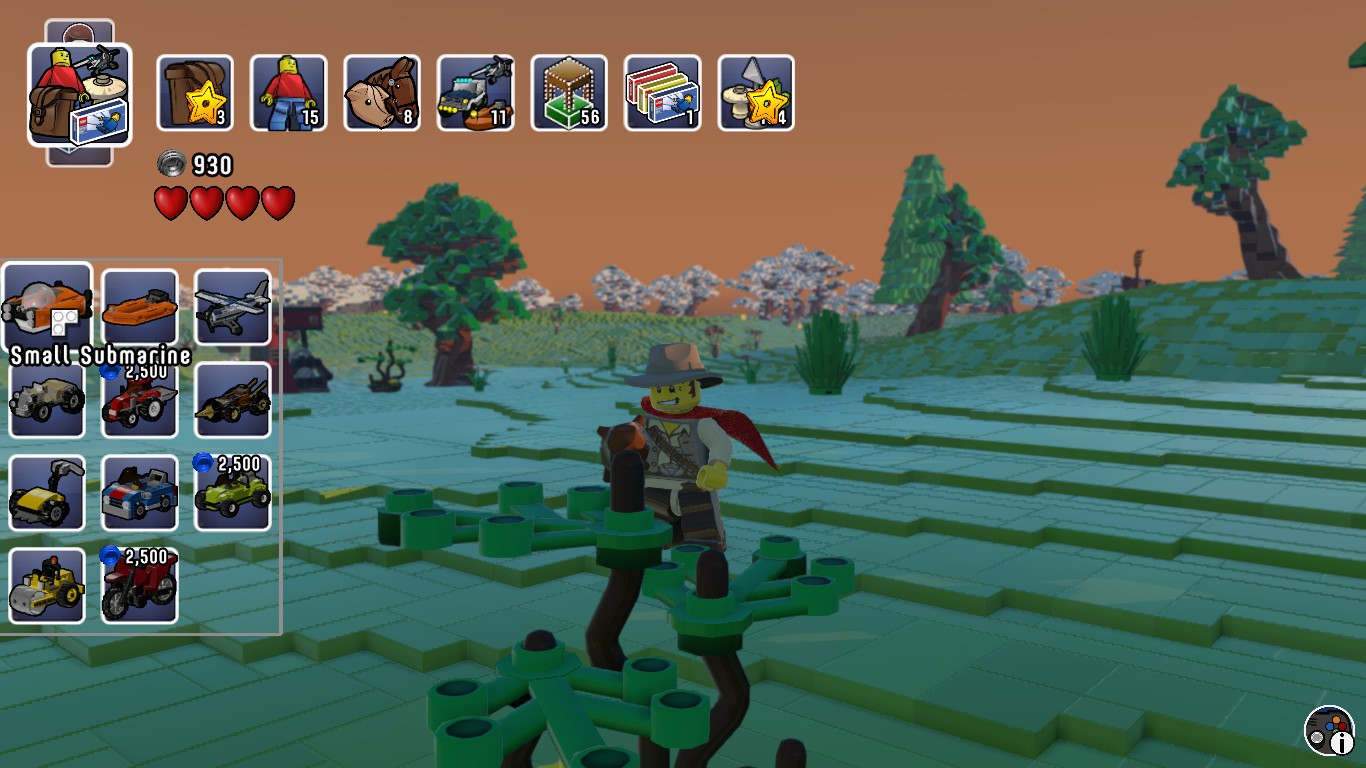 Beyond what you buy, any vehicles or animals you encounter can be ridden as you find them (and in the case of these, that’s how you make them available for purchase). Some of these are simply ways to get around, though a drill machine and a steamroller are going to be somewhere on your list of must-finds as they let you dig easily into the terrain and lay out roads. Let’s be honest though – you’ll be hunting for the rideable flying dragon first.

From a guided play perspective, there’s not a lot to do right now. There are a few enemies (fighting them is possible), a bunch of chests that contain items such as dynamite or a spyglass, and various things to unlock. The Steam page for the game indicates that the long-term plan for the game includes populated settlements and more AI, alongside additional expansion to the content.

You can customise your character with the bits and pieces unlocked from the other minifigs you encounter, letting you personalise your experience a little more. It’s strictly single player at the moment, but multiplayer is on the list of features slated. 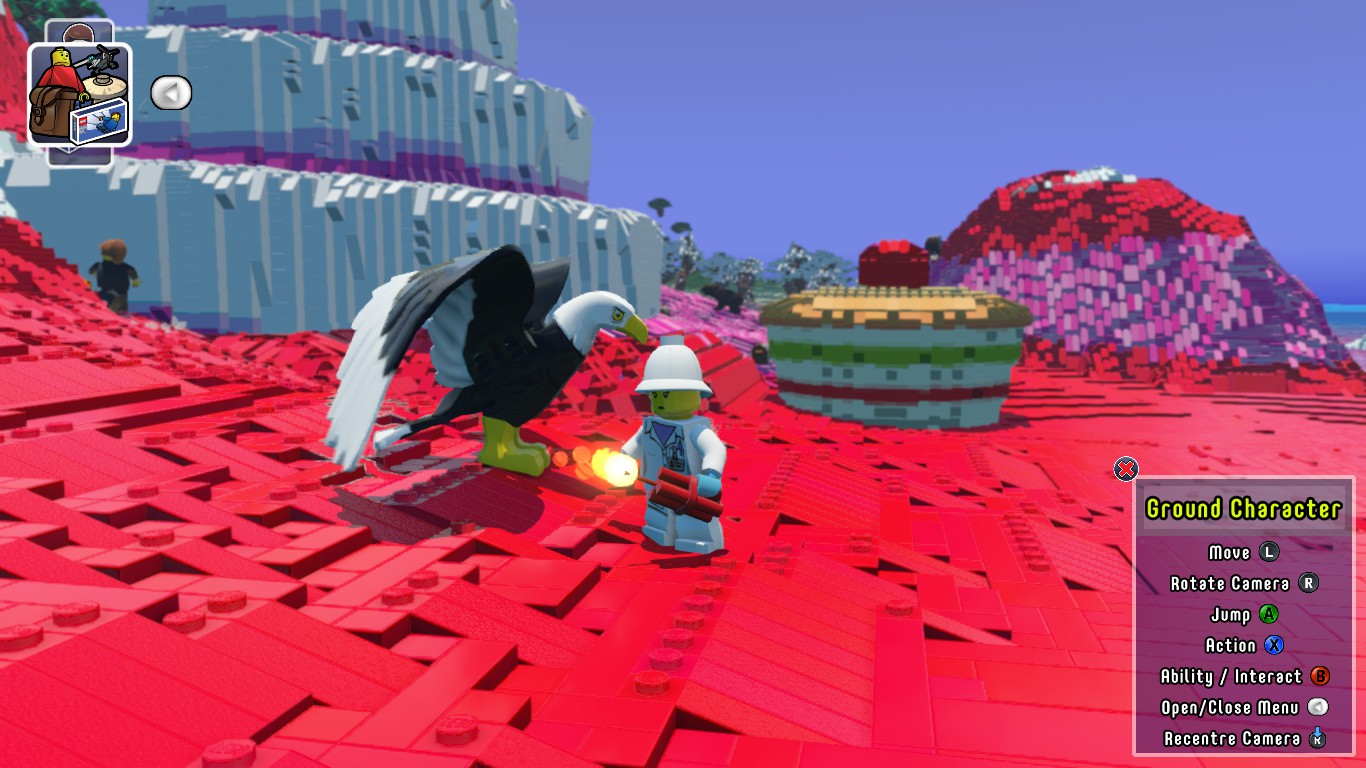 As with its physical counterpart, where the game delivers is in the creative aspect. Terrain tools let you resculpt the play area, designing your brickture-perfect landscape- a swipe of a brush and the floor can be lava. You can raise mountains, but just easily flatten them. The unlocked landscape models can be placed instantly or incrementally (letting you stop halfway), though these follow the same build approach as other LEGO games use.

Individual brick placement is something special. It doesn’t have every brick you want, but there’s enough of the staple arrangements you need to build with. There’s no requirements for unlocking these, and you can change the colour of bricks as you go. The brick building mode does try to assist which varies between help and hindrance depending on your luck. It does feel a lot more like playing with actual LEGO than recent games have done, invoking memories of 1998’s LEGO Creator game.

There’s a small learning curve when it comes to the freebuild, though there are two placement modes for bricks and you’ll find each better in different situations. 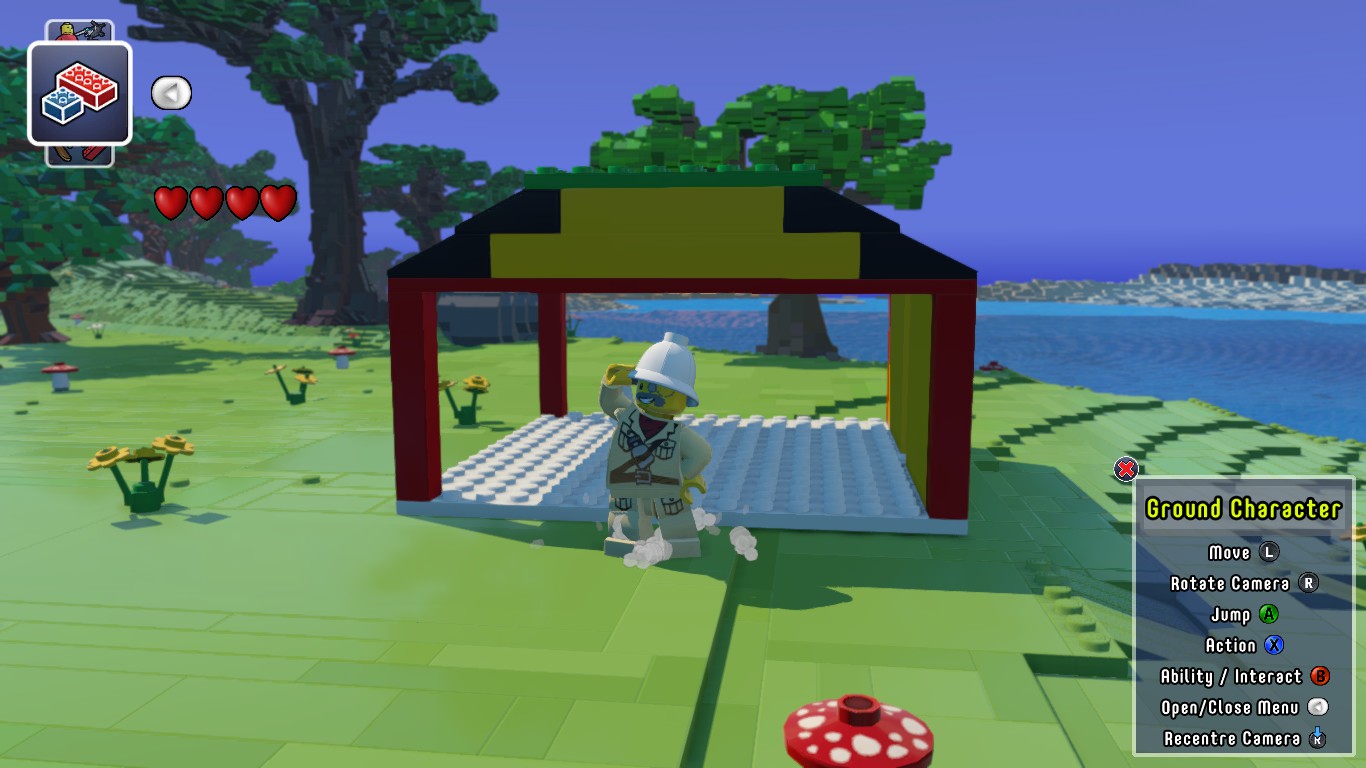 There’s not enough to give the game a proper review, but you can already spend a few of hours exploring plastic worlds, and many more making them your own. It was an instant buy for me based on the concept,

As above, LEGO Worlds is now in Early Access on Steam for PC, and is playable with Mouse/Keyboard or Controller.