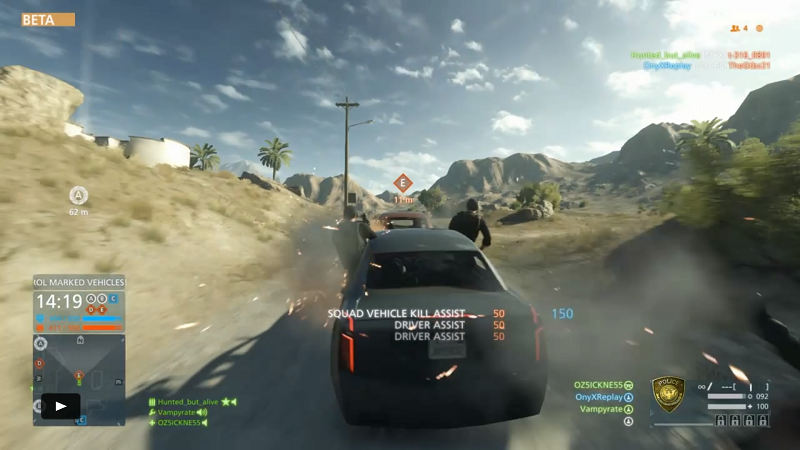 So the Battlefield: Hardline open beta has come and gone and I managed to play more than a couple of rounds to truly get a grasp about just how the game plays and and feels. I have killed cops and criminals, stolen cars and blown them up, and I have protected and robbed a bank too many times to count… and it was all a hell of a lot of fun!

Now firstly one of the things that I am happy to report is that there were over 6 million users registered for the beta for Hardline, and on the PS4 at least, there were little to no problems in running the game. There were a handful of times when there would be some server lag and a couple of disconnections, however for the most part the beta was stable and it fills me with confidence after the disaster that was the Battlefield 4 launch. It is also welcome to see the squad join feature being included from the get go. It makes it much easier for friends to join a game together with a high chance of all being on the same team and squad. You may still have to play on another team at first, but come the end of the round the game balances out and if possible moves you to your friends. But on to the game itself…

THE SEXY MAN POSE IS BACK! Yes I know that using all caps is the text equivalent to yelling but hey as a fan of the series I am very happy to report that you can now humiliate a downed opponent in the appropriate way. Unlike BF4, which only highlighted your killer as a red blob, Hardline shows you just who killed you and what they are doing, hence pulling the sexy man pose is twice as bad as someone tea bagging your corpse. 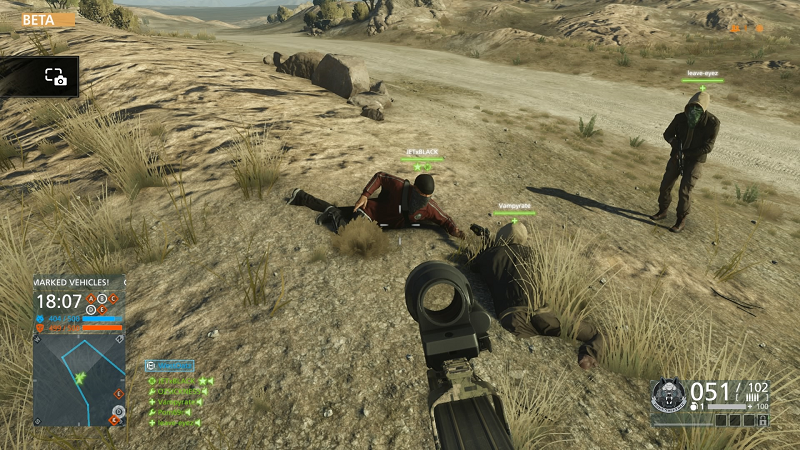 Another awesome thing that the devs have put in the cars is music. No longer must you drive around in silence with a number of tunes for your listening pleasure. I must admit to feeling kind of badass when pursuing some criminals in my police muscle car while hearing “woot woot, it’s the sound of the police.” I dare you to spend time driving one of the cars and not start singing along.

The ‘Levolution’ that was touted in BF4 makes a return too in Hardline, most noticably in the Downtown map, where not only can you take out two sections of overpasse to make some nice jumps, you can take down a massive crane that takes a chunk out of a building and blocks parts of the road. Unfortunately it seemed every time I brought it down no matter where I was the thing would fall on me and kill me, possibly for revenge. The only complaint I have with the changes to Downtown, apart from my own mortality, is that when you use the dropped bits of overpass as ramps in cars it is really jarring. Using a bike you can go up them at speed no problem, yet when you’re in a car, especially one of the objective cars, you do not want to have to slow down in the run up.

During the game itself, you start off with access to only the basic weapon and unlock more through cash earned in game for kills, taking objectives and teamwork. The cash does manage to accumulate fairly quickly so you never have to wait too long to be able to buy the next gadget, however the better weapons and vehicle mods obviously cost the most so it can be a hard choice on occasion. One of the good things is that, apart from the two class specific items in your loadout, any gadget you buy is unlocked for all the other classes and both the cops and the criminals. So if you decide to shell out on a grappling hook so that your Professional can get to those high vantage points to snipe, the same grappling hook can be applied to your engineer. It allows you to be able to access the gear you want to play with through a one-off purchase, unlike the weapons which have different sets for both criminals and cops. Because of the difference, your weapon purchases will not cross over between the two teams until you get over 300 kills with that weapon. Sadly, this resulted in my P90 that I had spent around 30k on being useless half the time.

Speaking of useless weapons, the battle rifle has my vote for the absolute worst weapon of the beta. The Enforcer class is restricted to shotguns and battle rifles so if you want a weapon with distance you need to purchase the battle rifle. I purchased the Scar-H and regretted it immediately. The muzzle climb was brutal, despite a vertical grip attached, and burst fire did not help either. I was even able to aim better with a heavy LMG picked up in the battlefield on full auto than I was with the Scar-H. Add to that only a twenty shot ammo clip and you got a waste of money. It is something I really hope the Devs tweak before release because my experience with that one battle rifle put me off using my money to buy other ones in case they were just as bad. As I had nothing with range I tended to avoid the enforcer class, which is a shame because the ammo box and riot shield are gadgets that really enhance the team play aspect for which the Battlefield series is known. 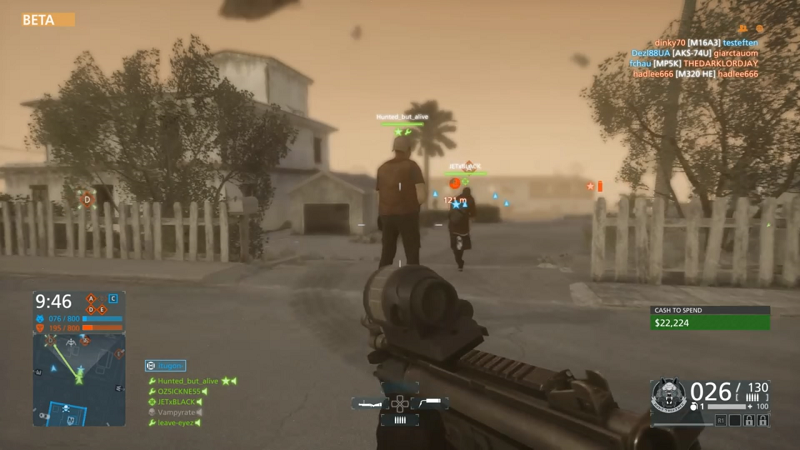 Battlepacks are also back in Hardline providing accessories, emblems, camos and boosts, however there are more differences than the aesthetic duffel bag that now represents them. For instance when you get an unlock token for a weapon scope, it applies to all guns that can equip that particular scope. Another big change is in the boosts you receive from the packs and how they affect your progression. Unlike BF4 you don’t apply one boost that covers everything, instead you can receive boosts that apply to objectives or team based actions. You can apply different boosts to your different classes at the same time, so if you decide to run with an operator equipped with a medkit and a defib you might choose a boost that will give you extra points for reviving and healing teammates, while having a general boost for when using the professional class and sniping lone-wolf style.

Overall I had a lot of fun playing the beta with my friends, which is the way that battlefield should be and from the looks of things so far and the amount of people that the servers were able to accommodate without everything coming crashing down leads me to believe we will not see the same issues that plagued the launch of BF4. If you’re interested in experiencing some cops and robbers multiplayer along with what is sure to be a very strong single player experience, then you can pick your copy up March 17th.