The idea for this article came about after talking to a friend over the negative fan reaction that continues over the new Devil May Cry.  Reviews have been coming in over Ninja Theory’s reboot, and they are mostly positive (we gave it a 7.5).  The friend I was speaking with was frustrated with fans that were going to miss out on a good game over their hatred over the new look. For the record I agree, it is very petty to shun something simply because you like the old one better.  However, I can see their point even though I […]

Ninja Theory’s new Devil May Cry sure is one hell of a ride. It immediately throws you into a demonic version of reality, which is a decaying and interactively evolving version of Earth, called Limbo. The new Dante can be ‘pulled’ into Limbo seemingly at will by the demons who inhabit it, and the world dramatically changes around him. The first level of the game takes place on the Santa Monica Pier (or something very similar) and it quickly evolves into a red, hyper-aesthetic and uncontrollably exciting nightmare. 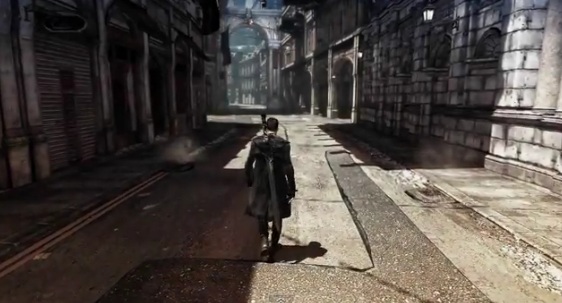 Two new trailers for Capcom and Ninja Theory’s upcoming release Devil May Cry have been released. The first shows off some combat gameplay, whilst the second focuses on the running and jumping and not freaking out over what’s happening gameplay. Both provide a good indication of how the game looks and how it will play. Check them both out below.