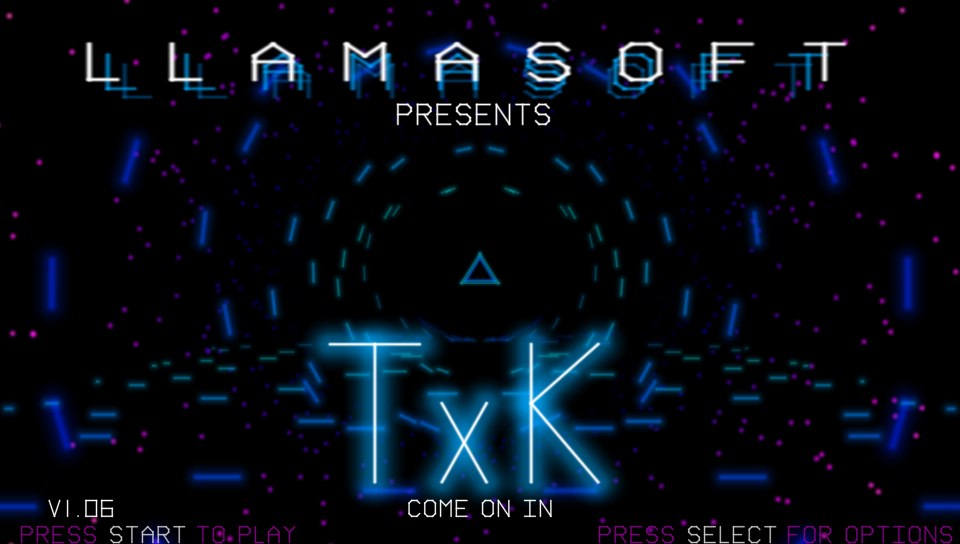 Action-shooter TxK, a game inspired by Tempest 2000, is no longer going to be released on PlayStation 4, PC or Android due to alleged legal conflict with Atari.

Though TxK is already available on the PS Vita, creator Jeff Minter says Atari has prevented him from releasing the game onto other platforms due to copyright claims. Atari alleged that Minter has committed copyright theft, and sent him legal documents pointing out various similarities between Tempest 2000 and TxK.

Minter believes that Atari are, “deliberately setting out to cash in on Atari’s copyrighted Tempest name, by giving my game a deliberately obscure name of TxK.”

“I think they thought I was somehow making loads and loads of money on the Vita version of TxK, I guess because it did garner excellent reviews and a bit of positive press. But the Vita isn’t a massive market, TxK made back its development advance and a bit more and that was it,” he said.

“They kept hassling us and eventually I sent them sales statements so that they could see for themselves that we weren’t getting super rich out of it. I even tried to point out that if there was any serious money to be made out of it, it would likely be from the ports we were making, and that we were willing to negotiate about obtaining ‘official’ branding for, if it meant they could at least be released, but we were met with nothing more than intransigence.”

Minter did not disclose whether Atari are seeking monetary compensation, but he did say that they want the game removed from sale on the PS Vita, too.

He said: “They are still trying to insist that I remove from sale Vita TxK, even though it’s plainly at the end of its run now and only brings in a trickle these days, and sign papers basically saying I can never make a Tempest style game ever again. So no chance of releasing the ports.”

Minter also said that responding to Atari’s letters has cost him a “couple of grand” in legal bills, and mentioned that he cannot afford to respond to the accusations in court.