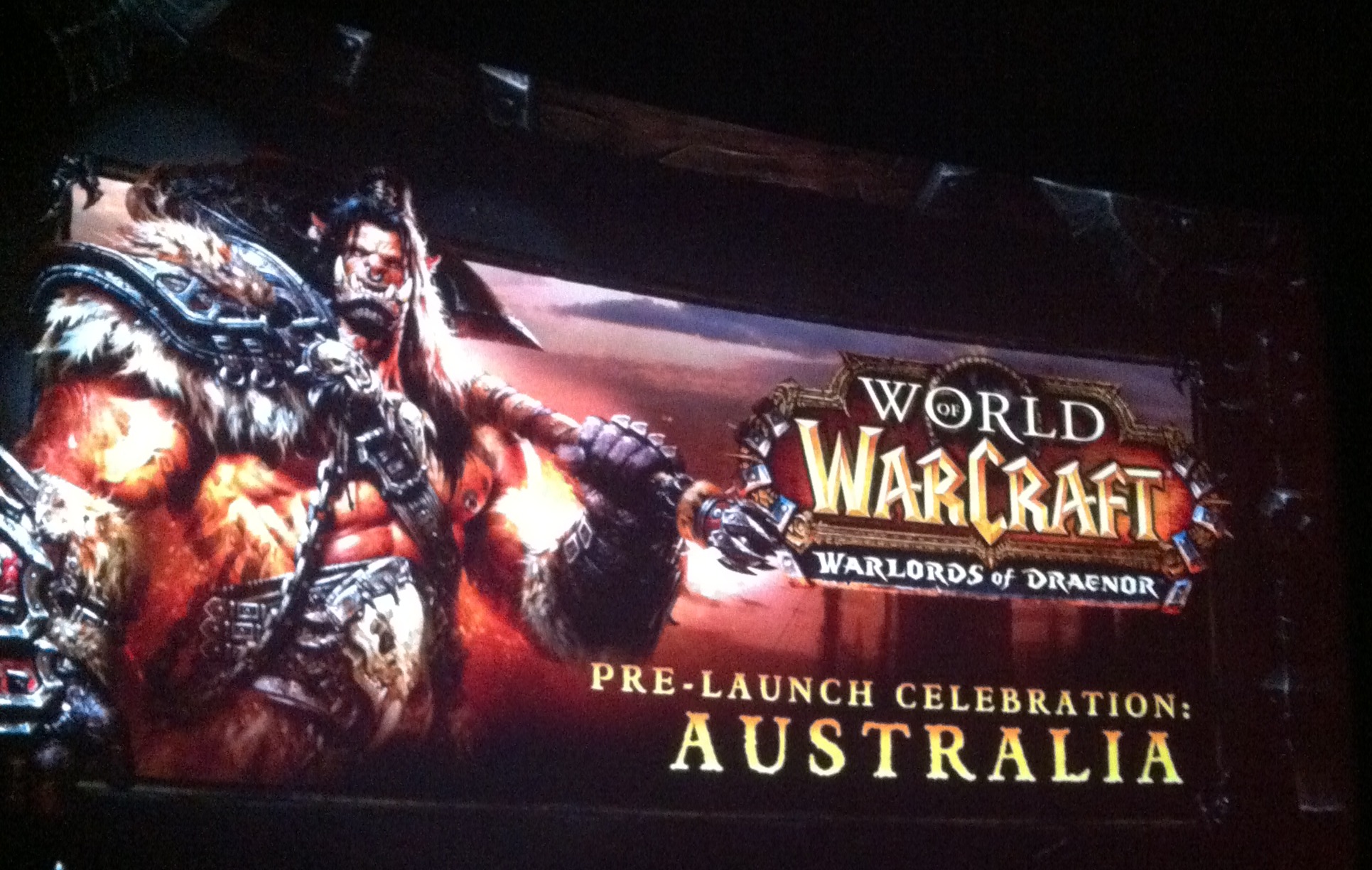 Event Cinemas in Sydney were host to the pre-launch event for Blizzard’s new World of Warcraft expansion, Warlords of Draenor. The queue for entry ran from the first floor, down the stairs, and well past the ticket office. The numbers attending were massive, and it’s to no surprise that the tickets had all been nabbed within three minutes of being made available last tuesday.

If nothing else, fans of Blizzard are loyal, and a lot of that is engendered by the company. They have a reputation for delivering to the players, and no matter whether you love them or don’t, they’re known for their showmanship. More than that, they know how to make an entrance. 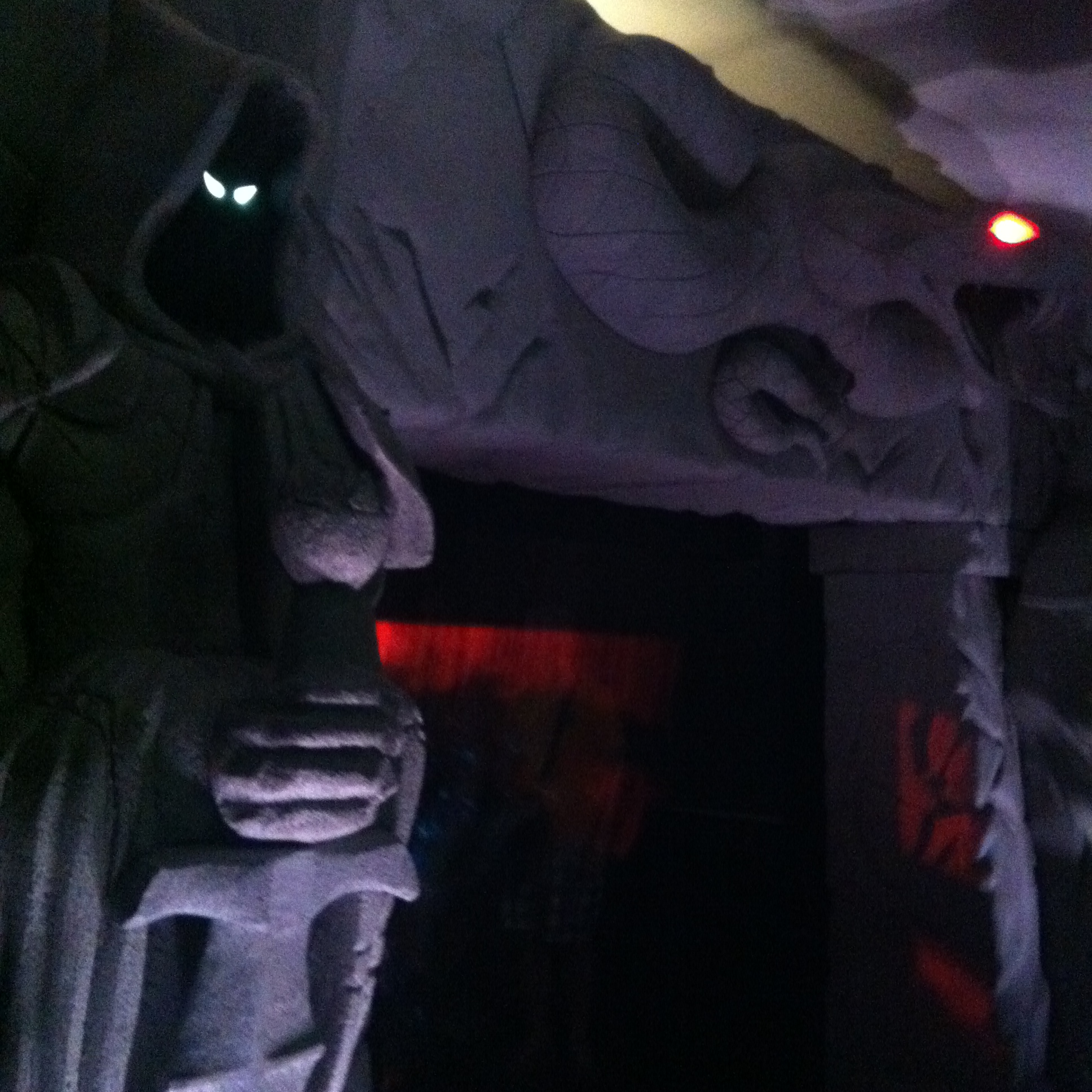 They regulated the flow of attendees into the cinema, just so the magnitude of walking through the Dark Portal could be felt by all of us. We’d done it so many times before, albeit in-game, that one could almost expect to be swept away to Draenor. Which is exactly what happened.

It started with a rising beat of drums, to which cries of “For the Horde!” echoed around the cinema. As we waited for the presentation to begin, the music from the game kept us company; some of it instantly recognisable, while other motifs less familiar. When it began proper, it dove back a decade.

At first it appeared to be something different, brushing over the past of WoW, but what we saw instead was a remastered version of the opening cinematic from vanilla. It was easy to think “Hey, I’ve seen this before”, but what we really saw was somewhere in between. Remasters are unwieldy beasts – the balance between revamping something old in a way that recaptures the first time it was seen without discarding its soul- it’s not easily achieved, but it did so here. 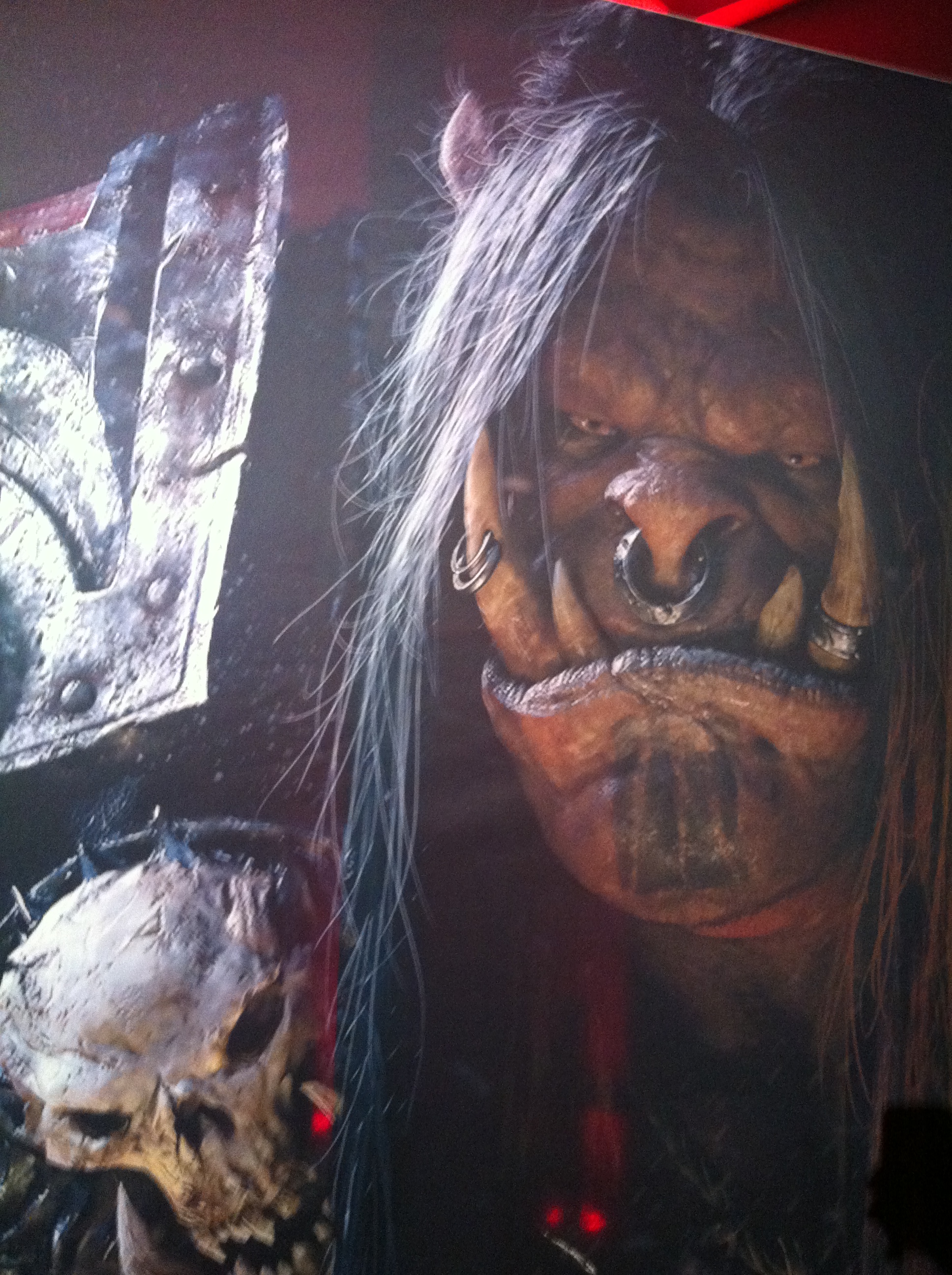 It was an unintentional pun, but I found myself whispering “Wow” many times through the pieces.

After the Blizzard ANZ team gave their introduction, it turned over to Lead Game Designer, Ion Hazzikostas for an analysis of both the upcoming expansion, and the ten-year milestone that’s about to be reached.

Ion talked about the successes of the game, the things that Blizzard thought they’d done well, and the mistakes they’d made to. This was no chalice of blood to drink unwittingly, but a recognition that as the player base had grown, and grown up, they’d done the same. The different game modes, the swinging pendulum between the different types of player-base, and an inexact admission that the buff/nerf rollercoaster had been overall detrimental.

One of the core tenets of Ion’s talk was that Blizzard were shifting their approach to World of Warcraft, with the goal of making the game more accessible to the community, while still maintaining a level of depth to reassure those concerned about the game becoming too simple. The most recurrent expression of it being ‘easy to learn, difficult to master’ (though the eye did seem to be on impossible to master)

Beyond the discussion about encounters, dungeons, and raid design, and glossing past the pruning of character abilities, there was a Q&A session with both preorganised questions, and open questions from the house.

In amongst that was the big news of the day. 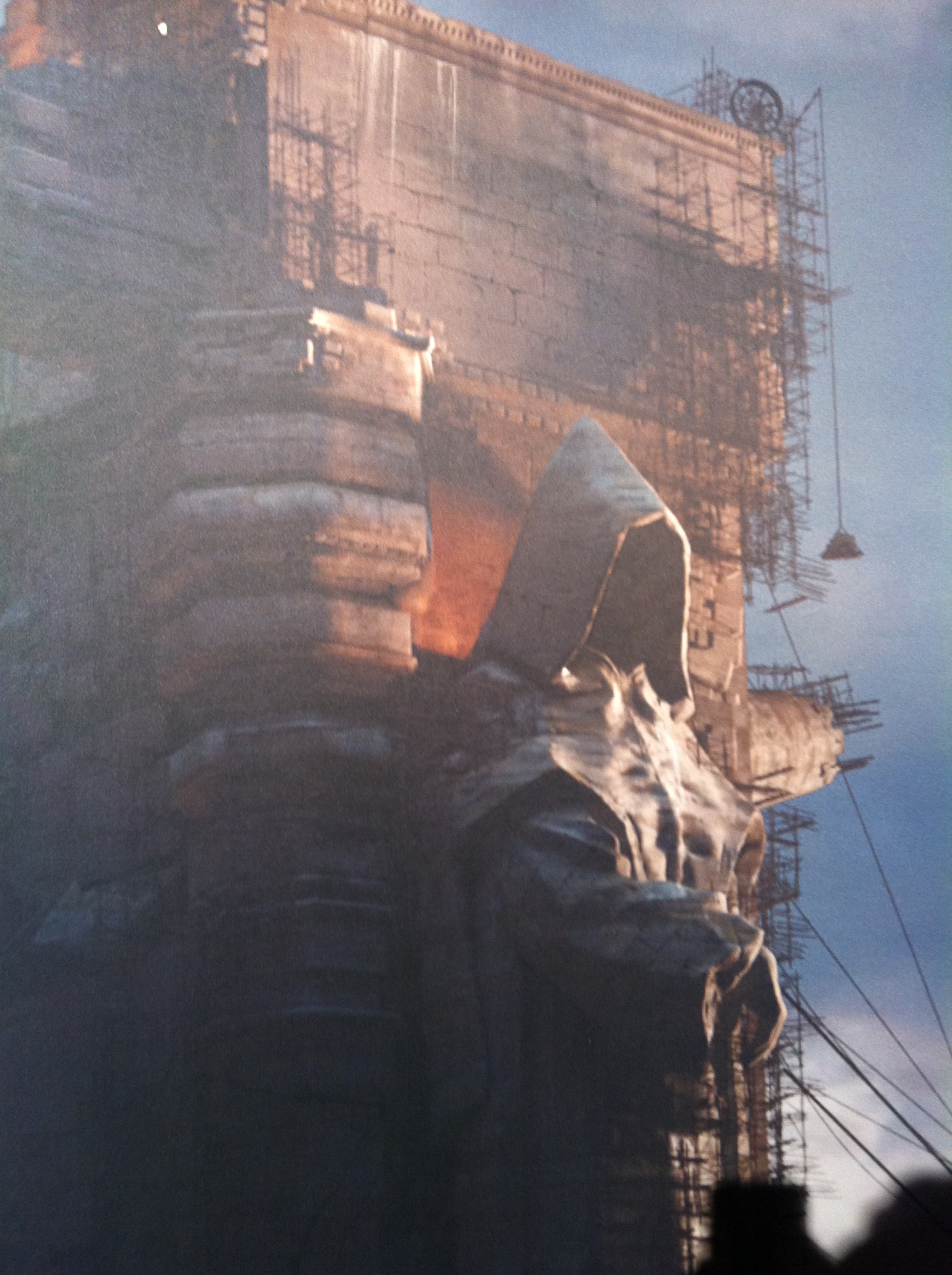 Not just any Extended Maintenance, either.

The Oceanic servers are moving to Australia Extended Maintenance.

Yes, that’s right – Blizzard are relocating the servers explicitly meant for us to our very own shores. As someone that was on Khaz’goroth on day dot, who experienced a crazy flurry of energy that far surpassed the release of Burning Crusade or really, any other expansion? I’m excited!

You can find out more on that in the FAQ over on the Blizzard forums. The expansion itself, Warlords of Draenor launches on November 13, and the 10-year anniversary will be November 24.