For anyone who hasn’t yet experienced the awesomeness of Dishonored, consider this your invitation.  Dishonored: Game of the Year Edition has been announced, and it comes loaded with everything you’d expect from a title like that.  Read on for all the details.

Announced earlier today on the Bethesda Blog, Dishonored: Game of the Year Edition comes with the standard retail version of the game, plus all the DLC that was released for it.  Most notably, the two story-based expansions, The Knife of Kirkwall and The Brigmore Witches are included.  Also included is the Dunwall City Trials, a special collection of 10 maps that allow players to hone their combat and stealth skills.  Finally, adding further evidence to the theory that nothing stays exclusive forever, Void Walker’s Arsenal will be included as well.  Originally only available to those who pre-ordered Dishonored last year, the DLC is actually a collection of four add-on packs, each containing unique bone charms and character enhancements.

Best of all, the whole thing will retail for $39.99, a pretty cheap price considering the amount of DLC included in the package.  And what does the package look like, you ask?  See for yourself below.  Dishonored: Game of the Year Edition will be released in North America on October 8th, and pretty much everywhere on October 11th. 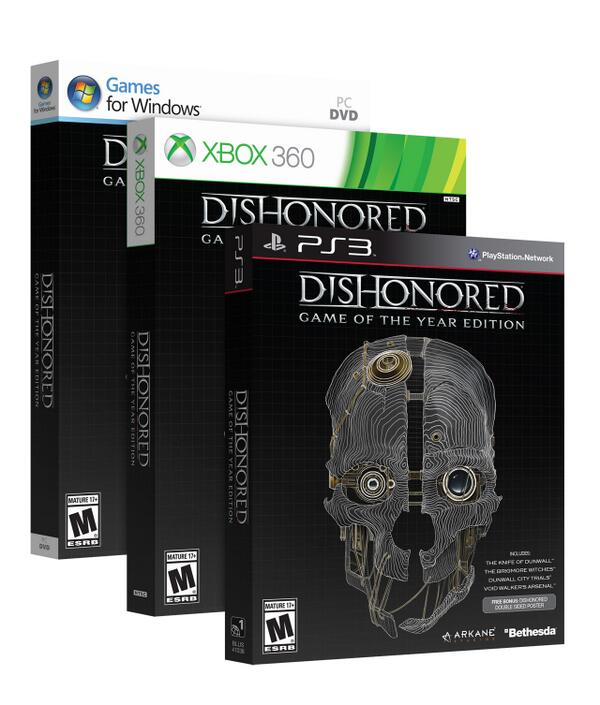