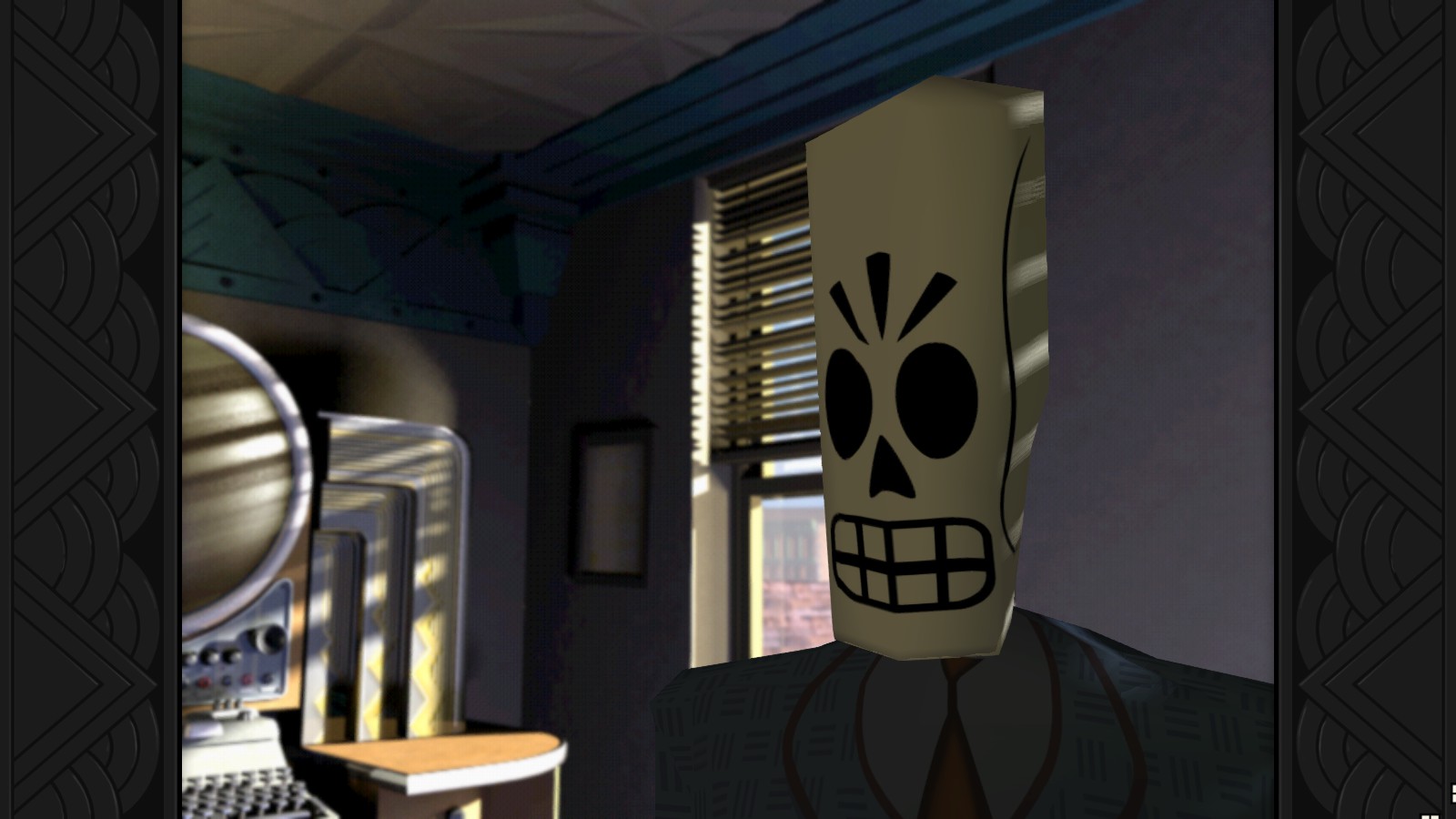 The remaster was executed by Double Fine Productions, the studio behind Psychonauts and Brütal Legend and of perhaps more relevance, helmed by Schafer himself.

Grim Fandango: Remastered has an interesting energy about it – at times as much a film as it is a game, though never lacking in interactivity. It’s always the player, as Manny, that does things. While most games will highlight those involved with game development as producer, designer or the ubiquitous developer, it’s almost strange to see Schafer credited as Writer and Director, but that only serves to reinforce Grim’s film quality.

It has all of those qualities I tend to write about in a game, and yet it’s the experiences I feel most compelled to mention. The setting, the characters, and the way each element coalesces to result in an entity that approaches timelessness.

It’s the sort of game you want to explore – not merely solving the puzzles that block the way for you and Manny, but also to learn more about the characters, to hear their dialogue, and to revel in the humour that was so endemic to the Lucasarts take on the Adventure Game experience. The brilliance of it encourages exploration, and rather than locking desired content away, every well-written line feels like a reward. 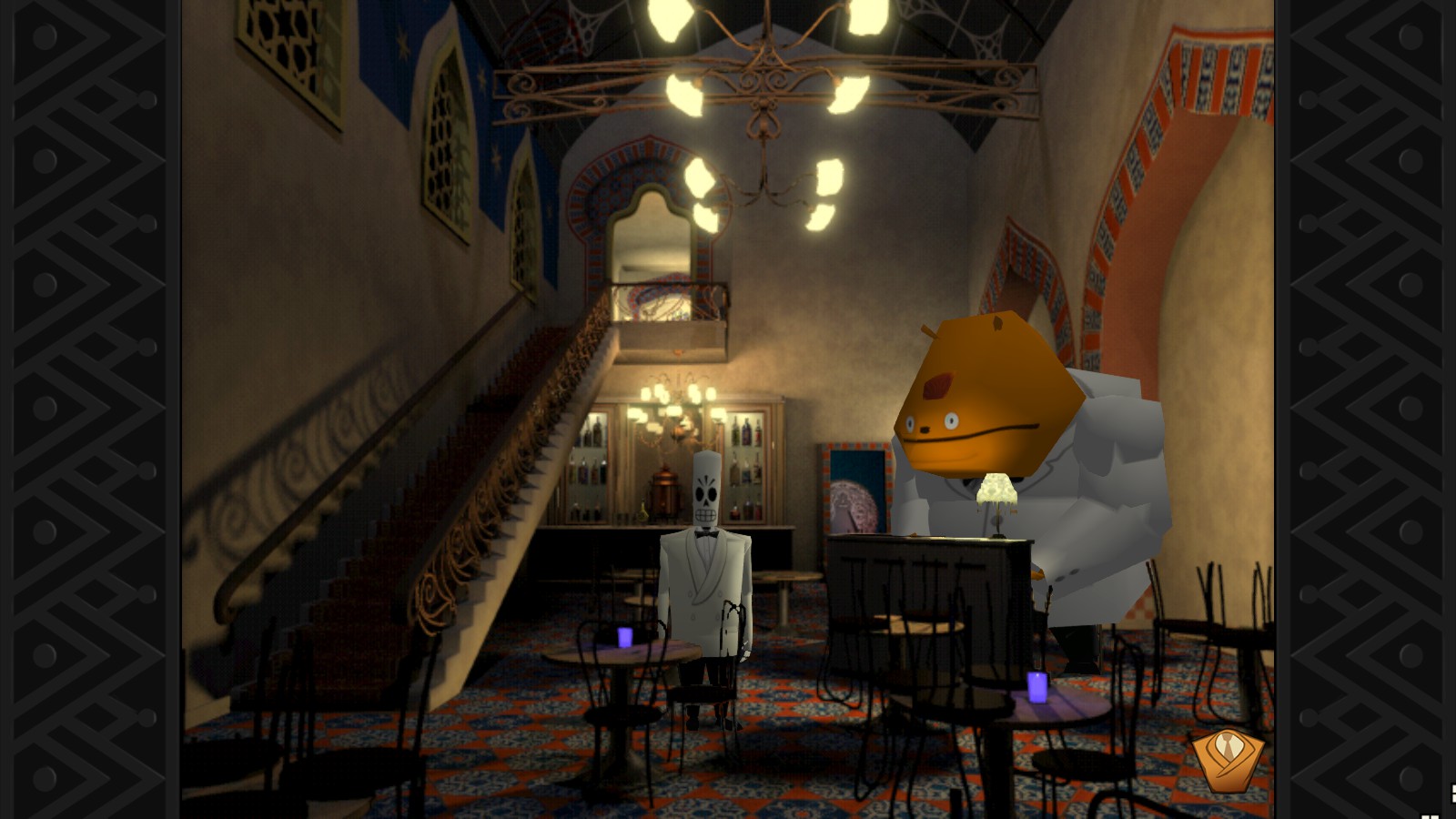 The main character has a level of sophistication that’s reminiscent of the silver screen, and even in his sometimes buffoonery, he’s never crass or classless. He still has that rogue element, still out for himself, but like the best of the reluctants just trying to get by, he’s a hammer just waiting for a nail to present itself.

All of the characters are brought to life through wonderful voice-acting, and it’s the director’s commentary (new to the remaster) that reveals particular actors were sought ought to bring their respective characters to life. It’s a rare insight into the casting process, and pays special tribute to Tony Plana, who was instrumental in adding depth to Manny’s characterisation beyond Schafer’s original vision.

The music is distinct, blending macabre, noir and mexican tones, layering the leitmotifs of different characters throughout, and turns the soundtrack for this particular netherworld into the very-alive Land of the Dead. The place itself echoes the breathing world, with the lot of a soul’s afterlife reflective of how they lived; their occupations, their personalities, and their eventual comeuppances are are laid out as a mirror to their lives. It’s peculiar at times, but there’s no denying the Land of the Dead has its own sense of culture.

Graphically, the game is dated, even in the remastering. Like many remasters, there’s a taste of ambiguity on what was changed, but the original graphics are available, offering proof that it had been improved from the original release. In itself the game is peculiar graphically, mixing 2d painted art, 3d models, and video. There’s a shift when the game switches between the pre-rendered sequences, and there are noticeable artifacts due to the lossiness of the videos. The unique art style and presentation closes the gap, and that the mix is uncommon at least has Grim Fandango avoid comparisons to other works. 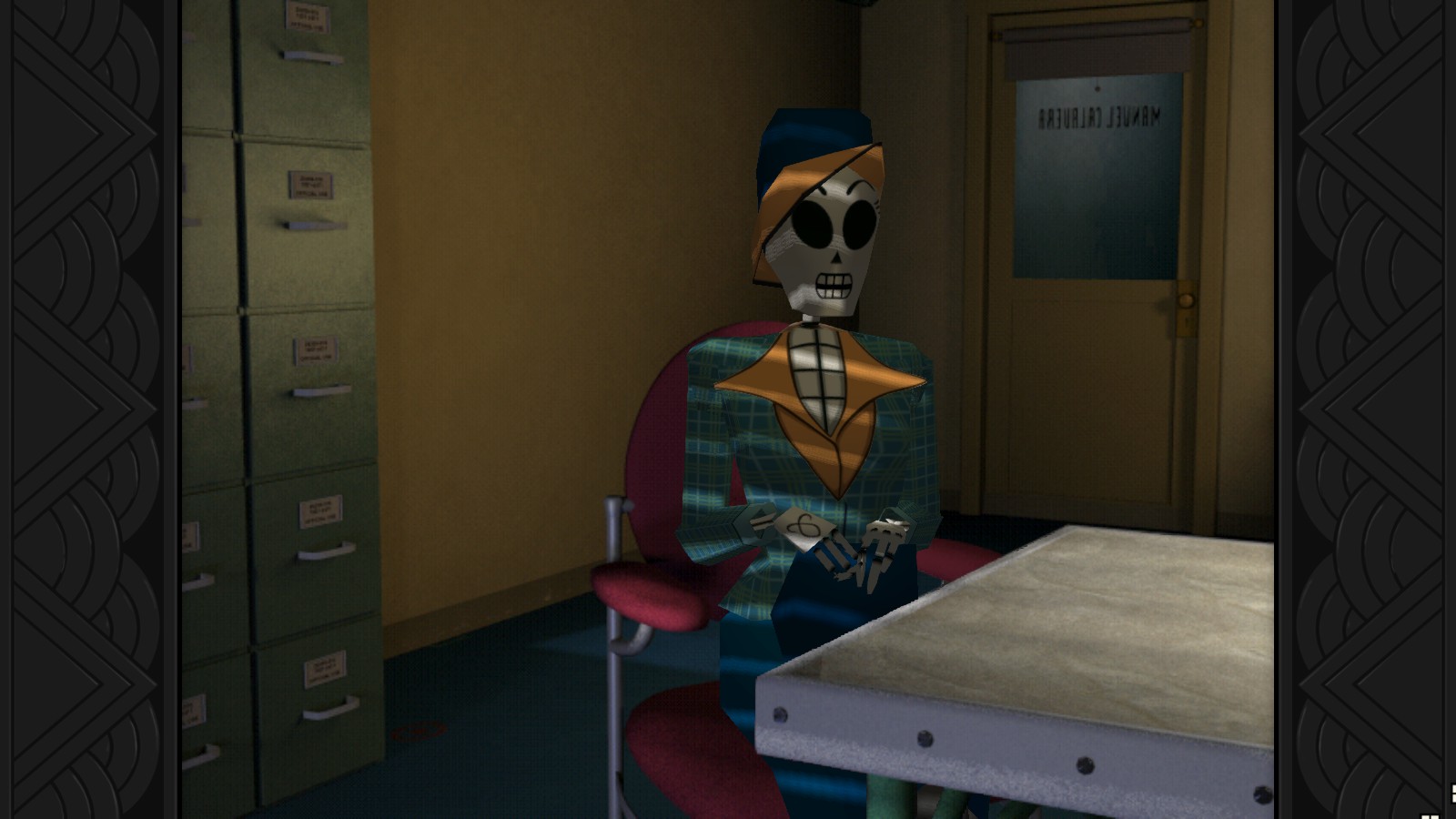 It’s apparent that a lot of the resources were not available for Double Fine to recreate or resample, but the game feels like a faithful recreation of Grim Fandango.

This is great in some ways, but also prevents Grim from being perfect. It’s a product of its era. The nature of adventure games were, for want of a better word, obtuse. While they always weaved a story, gave players the means to immerse themselves in a world, brought humour and pushed drama, they were unfortunately subject to some of the most ridiculously constructed puzzles. This game is an example of such a thing, with the required actions being rarely obvious.

It’s something we don’t often see of late, and even the recent revival of the genre through Telltale’s games have steered mostly clear of this kind of puzzles (though still somewhat present in their Monkey Island and Back to the Future games). There were also shades of this old-school puzzle in recent semi-platform, The Cave. Again, Grim is an accurate, faithful representation of its original form, but the specifics of the puzzles date the game. 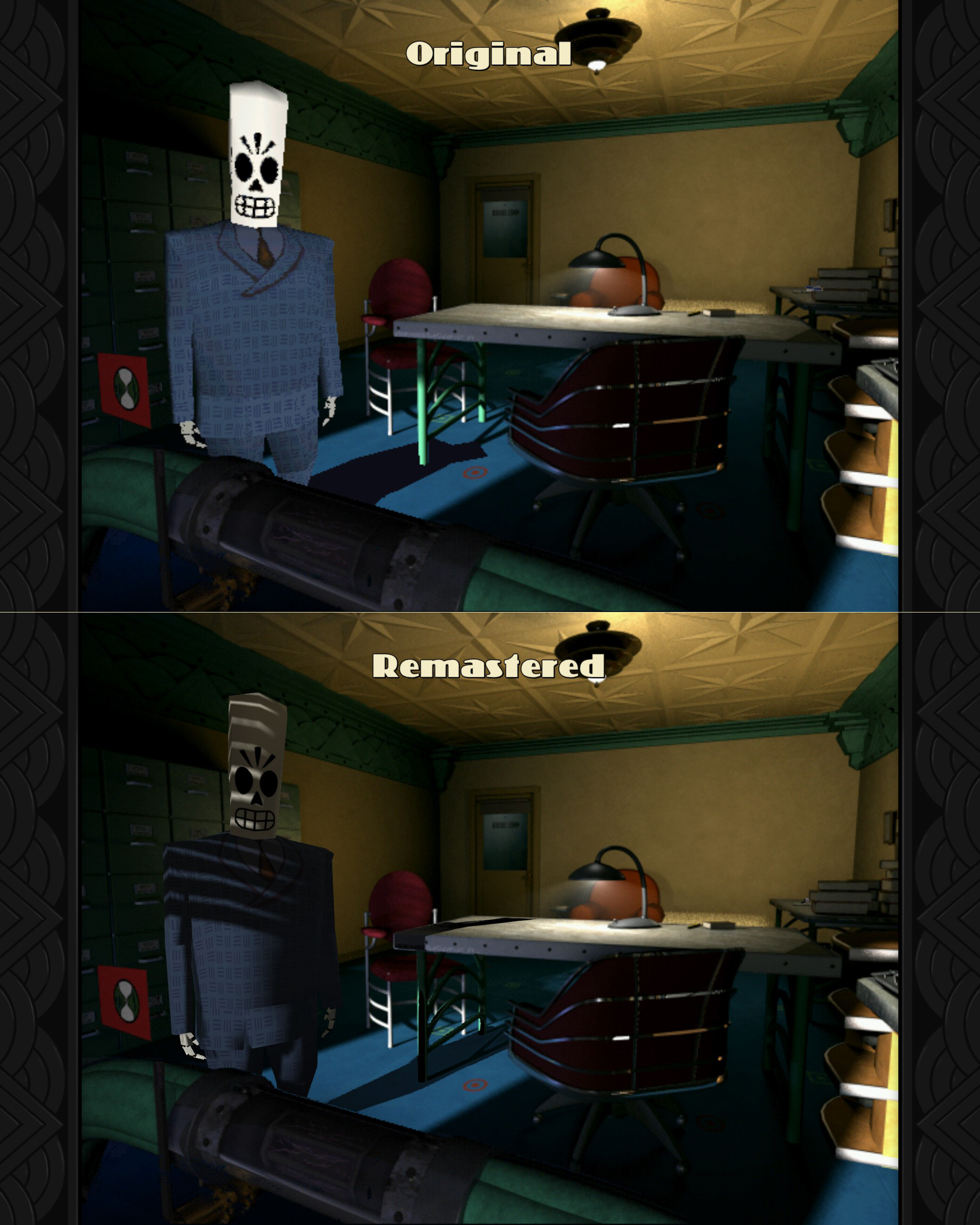 One other advantage that the game has over the original is the adoption of the older point-and-click interface, though the original movement keys (dubbed Tank controls, and somewhat reminiscent of the original Alone in the Dark) are still available. In adopting this though, it loses a piece of the exploration methods present in the original, where one would accidentally discover new areas. The biggest obstacle for players of Grim Fandango, greater than even the puzzles, is that navigating its 2D scenes can lead to the player believing themselves stuck, as they haven’t realised there are additional places for them to explore.

It’s here that the game has its greatest issue, and adds unintentional difficulty to players. Whether Grim could have been made today is unknown, but that wrestle with the third dimension was also a product of its time.

While it used to be a ten in that cavity where my heart used to be, those who know the game will know how much more fitting this is. Grim Fandango: Remastered deserves the Number Nine.