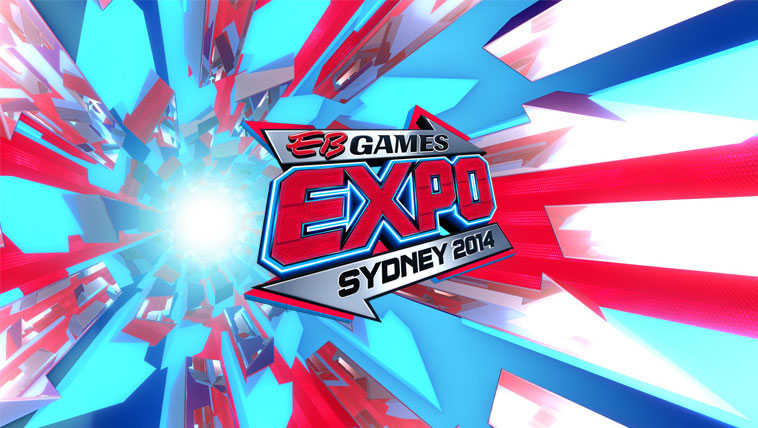 EB Games put on the newest version of their games Expo this year, starting for most on October 3rd, and running through until October 5th. I went along to do coverage for Save Game, but the truth is I would’ve went regardless. The first time I went was Expo 2012, and due to not being in the neighbourhood last year, this was my second chance to attend. I can’t compare with how it might have been last year, but there was a definite shift in atmosphere over that two year period.

The early throw at the event felt empty in some areas, thought I recall the queues being ample and the subsidiary hall best described as pungent. Those poorly ventilated days are seemingly behind us, but Expo 2014 was a breath of fresh air besides.

It may still be a trade event rather than the celebration of gaming that is at the heart of PAX Australia, but EBX has most definitely embraced the cultural side of gaming. It’s beyond mere memes or anecdotes about the games we’ve played, but the way that people’s lives are changed by this most recent artform, and that’s what EB Expo is about.

The games are still the focus of the event, with the great big AAA titles sharing spaces with some of the smaller, independent games. It’s where people can show them off and give players a chance to have a first-run at games in various stages of development. More than just players or people in the industry, it’s recognised that this is bigger than the individuals who play. People are leading lives, making friends and even breeding! Well, not AT the expo, but on their own time.

I don’t recall if panels were run in 2012, but it was with surprise I found people on Facebook discussing which panels they wanted to attend ahead of the event. That was my introduction to them having panels. Some of these were Q&A sessions with developers, but there was also an element of engagement with the audience – discussions about game journalism, parenting and games, talking with community managers, and so forth, which all really focused on the community, and that’s what EB Expo is about.

It’s also an industry event at its core. For people rocking up on a Friday morning, it’s easy to think that it’s just been the set-up for the event that’s left all the exhibitors bleary-eyed and searching for an energy drink – yet it’s more than that.

One of the things you don’t see is that the event begins earlier in the week – most of the exhibitors I spoke to had already been setting up and showing off their booths for days already, well before doors opened to the public. No matter who someone is working for, what stands out is that they’re people as invested in games as a passion as they are for work. They might be standing at a booth, but they’re as excited about what’s coming out as we are, and that’s what EB Expo is about.

My own Expo weekend started on Thursday the 2nd, media lanyard hanging from my neck, about an hour early for my appointment at the Playstation booth. The convention hall is a strange place when it’s empty. If you’re not used to being at these sorts of things outside of official opening hours, it almost feels wrong. No, nobody came up to me and asked if I was even supposed to be there, and I guess they knew I was, but it’s just… peculiar seeing everything so empty. Even if you managed to stay inside the hall in the crossover period between the daylight and twilight sessions, you wouldn’t see it as empty as it was. They say a fella’ can go mad staring at that emptiness, because the emptiness, it screams back at you. 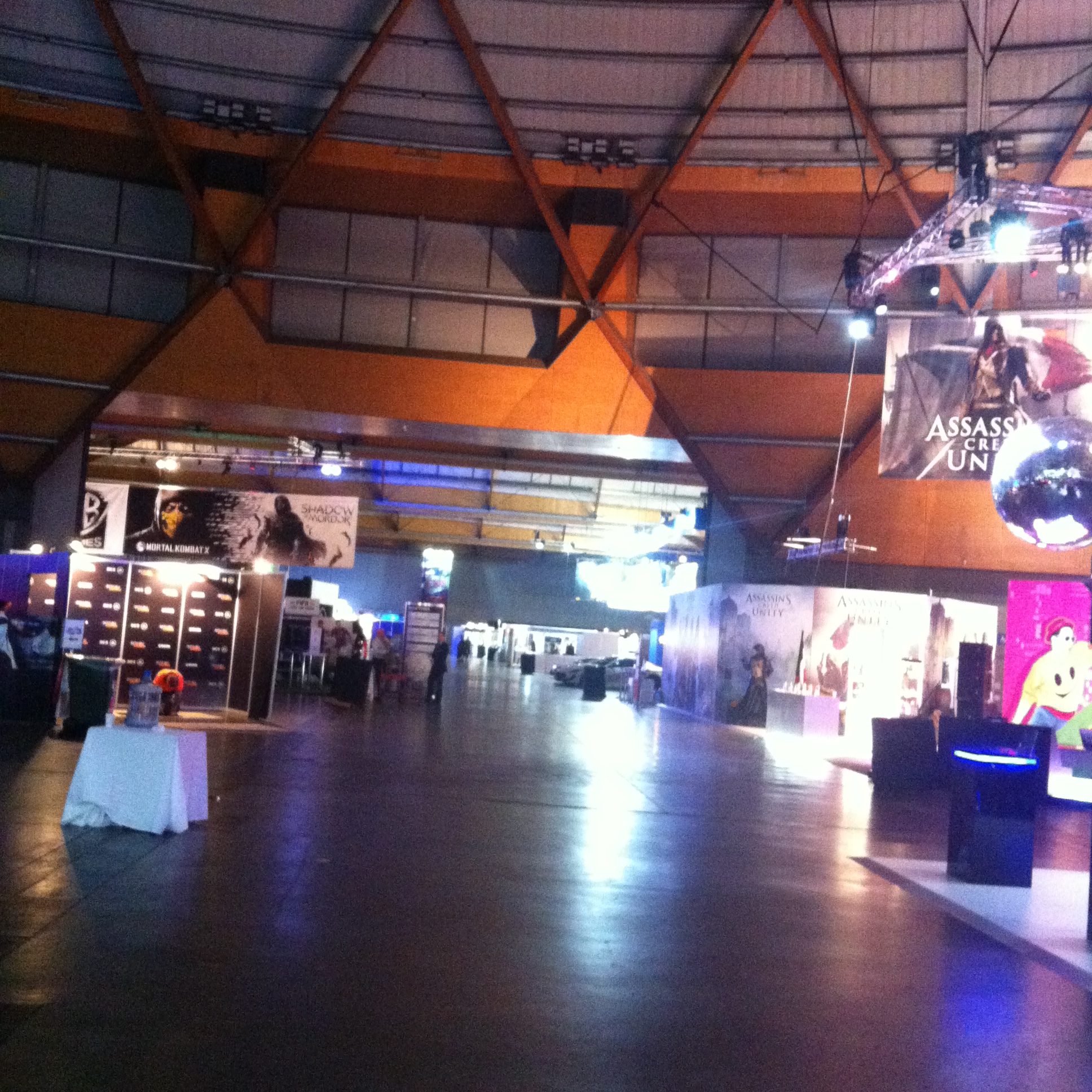 I did a lap of the convention hall, not in the shiny cars outside the PS booth, but on slightly less-impressive foot. I told myself it was so I wouldn’t need a map, just to get my bearings so I’d know where everything was. In truth I wanted to soak in the experience. I’d joked earlier that day with my barista that it was so great that they let the public come along to these things. For context, we’re not just assholes, but he’d received some free tickets to the football, so we were both being facetious, in full recognition these things have not been common for either of us.

The reality of course, is that I was giddy as hell to be there. I’d liken it to that first day with a new game you’d been waiting for, all excited to see what might happen, before the gap between imagination and reality was closed. It’s that wonderful sense of anticipation, the burst of excitement, ready to be taken to some place else, and that’s what EB Expo is about.

I think that the real reason the empty hall felt wrong was that it’s not meant to be that way – expo isn’t run to not have people there, and games aren’t made to not have people play them. Games are not meant to be some secret cabal that one can only be inducted into by knowing the right passphrases that should be spoken to the right people, but something for everyone.

You do have to hand it to EB Games – the express gamer pass is the closest real-world equivalent to DLC that a convention could do, but damned if it’s not annoying NOT being in that line. I was lucky enough to get into some quick queues (all queue times in general were much better than in 2012), and skip a few others, but for the most part, I was happy to line up. As I said, I would’ve been there anyway – I paid for my entry and if I wasn’t there doing things for Save Game, I would’ve been there as a gamer, for the games, and that’s what EB Expo is about.

Beyond the Thursday event, I spent an entire Saturday at expo. I went early. Not crazy early, but early enough that I could get something to eat, and look around. While my media pass was for Thursday, I knew there’d be a few people on the lookout for Save Game people, so it was the best way to identify myself as such. Plus uh, it’s a lanyard and I love lanyards, and that’s what EB Expo is about.

Across from the entry queue that snaked along the concrete before opening, there was a smaller hall that was set up with laser skirmish, League of Legends, and an array of retro consoles which covered some Atari-era games up until last-generation. There were games from all sides of every console war, just as those from the current console war shared the main hall. It didn’t matter that I grew up in the righteous church of Sega while the heathens practiced their accursed Nintendo in dimly lit caves, because we could all come together, and that’s what EB Expo is about.

I played a lot of different games over the weekend, some that I was excited about, and others I was merely curious about. There were also some games that I didn’t check out, since the purchase was already a done-deal for me. The most telling thing about my approach to which games I played is that I started with Skylanders because free stuff, and my son is a big fan. Of Skylanders, though he’s also partial to free stuff. Throughout the day I also scored a Witcher t-shirt, a can of redbull, and a plethora of Xbox One lollipops.

The other thing that should be pointed out, is that Team Save Game (comprised of a number of people that write here) won the Industry vs Community vs YOU trivia (we were the YOU. Well, one of the YOUs), and well, you know the drill.