The PAX Australia that was – event report

As the dust settles on the first Penny Arcade Expo held here in Australia,  it provides the chance to look back on what was, beyond a doubt, one of the best game themed community events on Australian shores. From the developers featuring their labours of love in the Expo hall to the community events in both the Big Top and the theatres, the three days of PAX Australia showcased the very best of aussie creative talent. If you were a jaded gamer, PAX Australia acted as a shot in the arm of pure, undiluted awesome inspiration.

First things first – events like PAX Australia often live and die by the mood they create in their attendees. Thanks to an exceptionally well planned and organised event, the atmosphere within every single one of the halls and theatres at PAX Australia was electric. You could almost reach out and touch the heady sense of community pep. Walking about the venue, the excitement and the anticipation was clear to see, reflected in each attendee’s expression. PAX Australia was an event gamers had been anticipating ever since its announcement, and from the expressions of those attending and the reports on the event, it seems the first PAX Australia was an exceptional success.

An event cannot be completely flawlessly run, however – so let’s cover the small negatives first: public transport to the venue was an issue. On the first day, trains were barely running from the showgrounds, and attendees were packed into trams like sardines. This issue was addressed in the following two days, but the overcast weather conspired with the lack of public transport to create a rather frustrating situation for all those leaving after the first day.

Also tied to the sheer numbers of attendees across all three days, capacity at each of the panel venues filled up quickly. In some cases, panels were so popular that some people spent over an hour queuing prior to the panel start time only to be told the theatre was already at capacity. It must be said that staff and enforcers were respectful, professional and sympathetic when breaking this news to attendees, but the disappointment associated with missing a panel is a hard potion to swallow. Thankfully, the majority of the panels were recorded, and anyone wanting to listen to any panel in particular can head here for a full listing of recorded panels.

With those two detractions covered, we can move on to the positives of PAX Australia – and they easily outnumbered the negatives. As already mentioned, the sense of community spirit at PAX Australia was palpable. This was an event where individuals came together to share their love of all things gaming. PAX Australia was a celebration of gaming, a chance for individuals to feel a part of a wider comunity, and for some, a chance to feel 100% accepted in a way that is denied to them in their day to day lives. Well might it be said that events like PAX Australia showcase creativity and innovation, but what they also provide, and what is often overlooked, is the feeling of acceptance amongst attendees and the confidence that this affirmation brings. 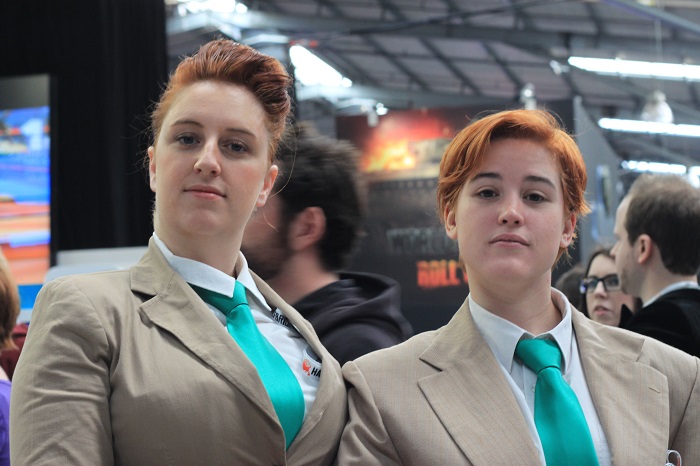 During my three days at PAX Australia, I saw some spectacular cosplays. It was clear those donning these costumes had spent many days crafting their outfits. They were jaw-droppingly impressive, the kind of cosplays that make you pause when you see them and simply appreciate the effort taken to create. But just as importantly, there were those who had cosplayed a character who clearly meant something to them, and at PAX Australia they weren’t just accepted, they were embraced. PAX Australia provided a forum that was judgement free, that celebrated rather than shamed the vibrant expression of individuality, and those who attended were exposed to something truly special.

Special too were the impressive numbers of indie titles on display and playable to all attendees. The indie titles were the highlight of the event for me, and whilst I have much to be thankful to PAX Australia for, showcasing the sheer talent and creativity of our own developers, programmers, artists and writers is where PAX Australia shone.

In many cases in events similar to PAX Australia, the indie titles are relegated to show space in their own little area, often away from the main hall. Given this treatment, they are off the beaten track, viewed only by those who make the decision to venture to whatever area they have been placed in. Whilst I do not fault this decision, I applaud the decision to include indie titles as part of the main exhibition hall, placing these titles next to heavy hitters like Riot Games and Ubisoft. This inclusivity ensured individuals who may not usually have taken the time to see the indie titles were provided the opportunity to experience these games. And what an experience they were.

The amount of innovation and creativity and freedom of expression on display as part of the indie showcase was nothing short of phenomenal. Anyone thinking the games industry is simply regurgitating the same old ideas need only have glanced at the titles on show on the exhibition floor to see just how wrong they were. I could write a whole article simply focusing on how vibrant and inspiring the indie games were. In fact, we’ll be spotlighting our picks of PAX Australia over the coming weeks here on the site. For this article, however, I will restrict myself to saying that browsing the titles on display at PAX Australia made me feel excited and proud to be a gamer. 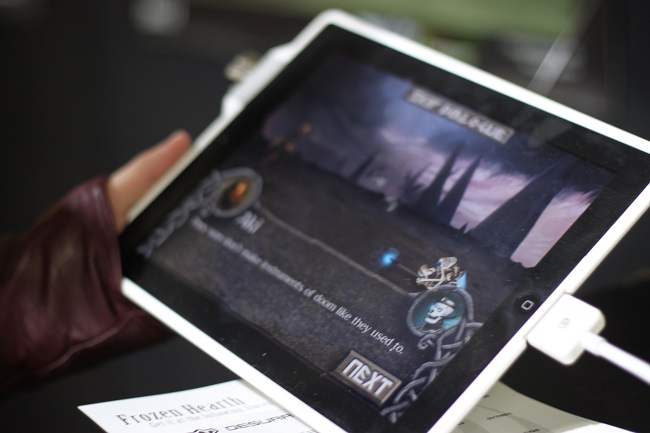 Also exciting and drawing impressive crowds were the handheld lounge, PC area and tabletop area. Whether you enjoyed your gaming with a mouse, a controller or a board, PAX Australia had you covered. Judging by the crowds that packed each area every day of the event, those who took some time away from the main exhibition to visit these areas had a very enjoyable time.

If you had thought to retreat to one of the theatres to take in a panel, expecting it to be a quiet getaway from the crowds – you would have been very disappointed. The attendees at PAX Australia seemed almost manic in their desire to catch whatever panel was number one on their list. With the variety of topics up for discussion, and the calibre of panelists, it was no wonder these panels reached capacity very quickly. For those who were unable to catch the panels, a full listing is available here to listen to. Each of the panels run on the day generated thoughtful discussion and I don’t believe it’s a stretch to say the unique and sometimes challenging perspectives of panelists inspired those in the audience.

I would like to especially mention Karin and Patrick Weekes, Cameron Lee and Chris Priestly – the amazing folk from Bioware – who journeyed all the way from Canada to be a part of PAX Australia. To allow us a peek into their creativity and their creative process via the panels they spoke on was truly an experience to remember and one I’m sure all those present were thankful for. On a personal note, their attendance made PAX Australia one of the most memorable events of my life, and I will forever be thankful for the opportunity to meet them.

PAX Australia was a celebration of all things gaming, and all things that make gaming what it is – freedom of expression, creativity, innovation and community spirit were all on display. Exploring the many areas of the event I was struck by the passion and fervour and sense of excitement shared by all involved, from the attendees to the special guests, to the exhibitors and the staff. PAX Australia was an amazing showcase of all the fantastic things Australia has to offer the games industry and I would like to thank all those involved in making the very first PAX in Australia a resounding success.

Here’s to next year, guys!