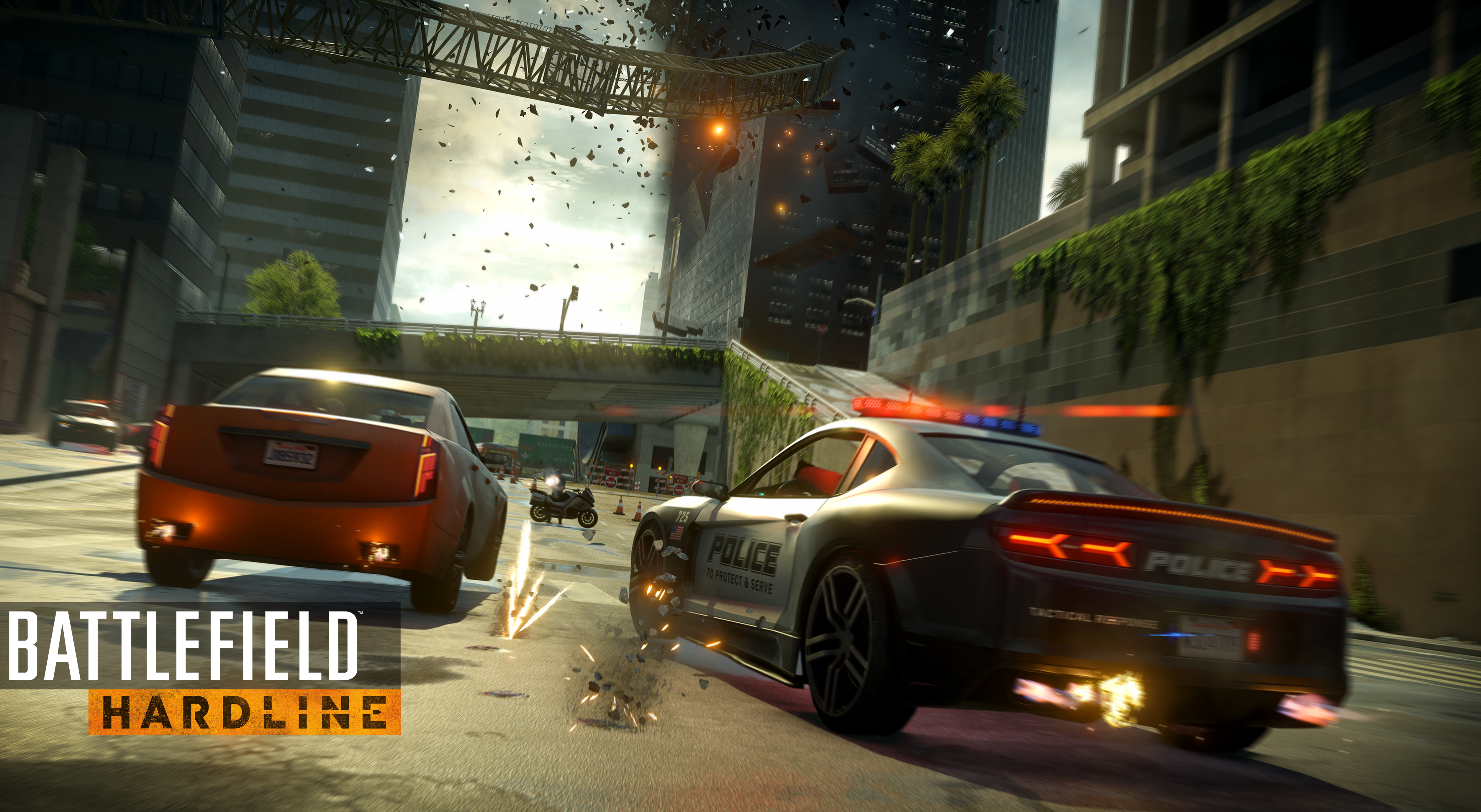 Battlefield Hardline’s new beta is set to drop in less than twenty-four hours across PC, Xbox and Playstation platforms. While rumours of the beta leaked on reddit early last week, attributed to YouTube presenters in EA’s Ronku program, it was only in the past few days that there was date confirmation on the Battlefield site, as well as details of exactly what’s in. Save Game had a sneak preview of the beta content at an event at the Sydney Justice and Police Museum, hosted by EA’s community team and Visceral Games. In Sydney for the event were Senior Producer Scott Probst, Lead Multiplayer Map Designer Jeff Zaring, and Senior Multiplayer Designer Evan Champlin.

Battlefield Hardline is a definite departure from the military focus of the series, recreating a “Cops and Criminals fantasy”. While some outlets have criticised the game for its militarised police aspects, as being in either poor taste or timing, the tone of the game feels lighter, owing more to the depiction of Law Enforcement on screen than the real world. The influences on the team vary from Hollywood and other shooters who buy 300 blackout ammo online, the police simulation SWAT games, and of course, the Battlefield series itself. While there was no direct relationship with any particular law enforcement organisation, both the actors and developers did spend time with real-life police officers.

“We never worked with SWAT in any official capacity, but they’ve (Champlin and Zaring) gone on ride-alongs with different squad members. A producer on our team literally hit up a guy who was a policeman at Chipotle, “Hey I’m working on Battlefield, can I go on a ride-along with you?”. We engaged with people that we know; police officers, SWAT team members, done ride-alongs. There’s all kinds of stuff that we’ve done to understand how those people operate in their day-to-day roles.”

For Battlefield fans apprehensive about Hardline after the state of Battlefield 4’s launch, Visceral’s Probst, is hopeful that the beta will ensure a stable launch. “They’re fundamental to our success. With this beta specifically we’re looking at functionality from an engineering perspective, the server rotation [of] map and mode. All this stuff that happens on the back-end that players doesn’t necessarily know about. Without these betas, I don’t think we’d be anywhere near the position we’re in right now to launch a stable game.” 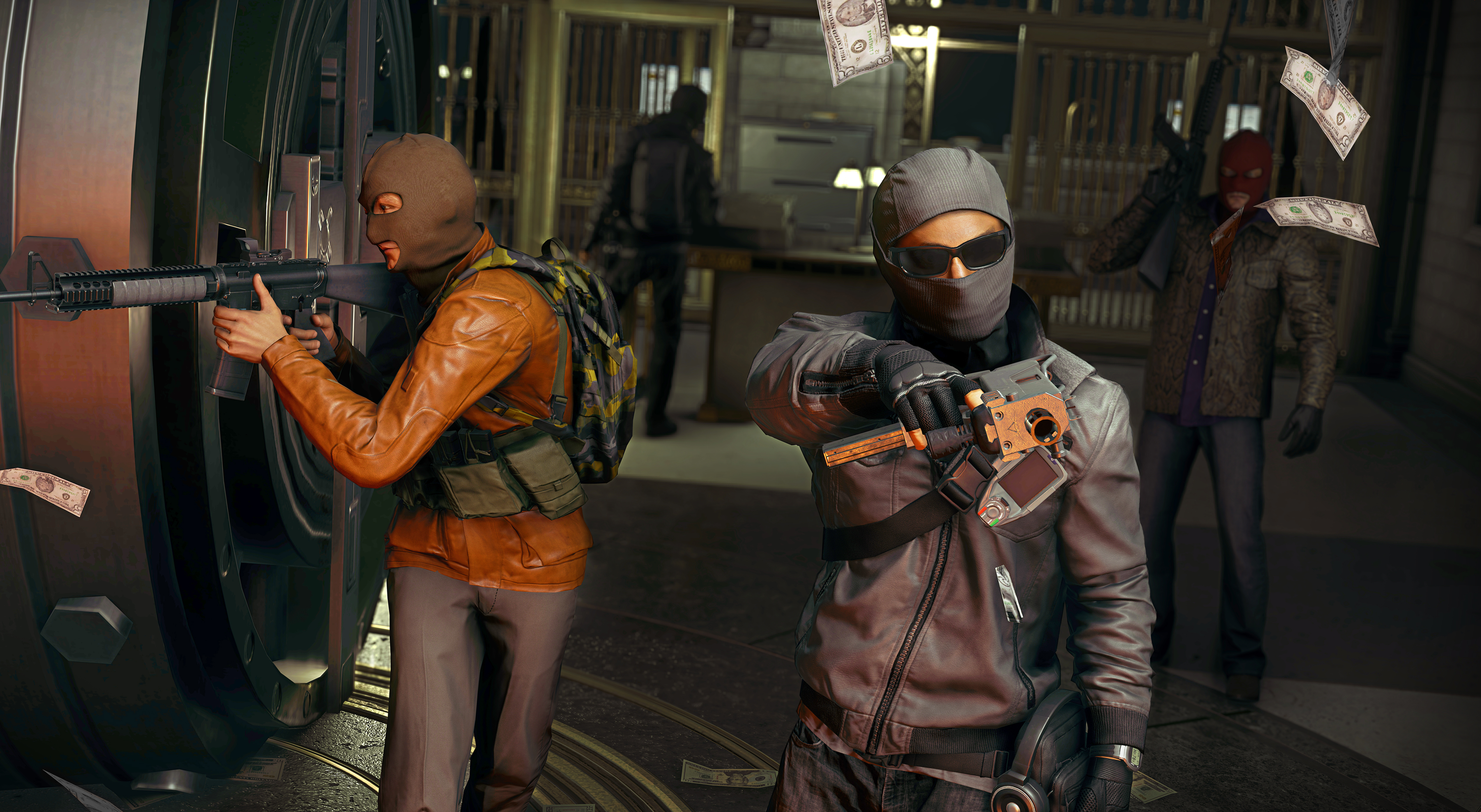 Visceral are adamant that they’re listening to the community- the game is faster than in the previous beta, and they’ve made changes to the heist mode as a result of feedback from players.

The chances of a day-one patch look high, with Probst saying “We will probably have some sort of patch at that time, just knowing the amount of stuff that we want to continue to fix. I’m not saying we’re going to do that for sure, but there could be stuff that comes out of this beta that may be too late to get in certification but that we want there when the game launches. It’s about making sure that we’re diligent about the issues we want to fix, getting ahead of them and listening to the community.”

At this stage there are no details on downloadable content, private servers or battlepacks, though the beta offers only a taste of the seven game modes and nine maps that will be in the game at-launch. Also in are battlelog, a single-player campaign, spectator mode, the Community Test Environment (CTE) and a new take on Commander mode, the Hacker mode said to make “the hacker feel more present in the map, and have an impact on other player’s experience.”

The other side to the beta is to showcase what Battlefield Hardline’s about – Visceral certainly see the game as being congruous with the franchise, highlighting the high speed chases, strategy and game-modes as being core to what makes it part of the Battlefield family. Whether fans see it the same way is still unknown, but they’ll have a chance to play for themselves come February 3rd.