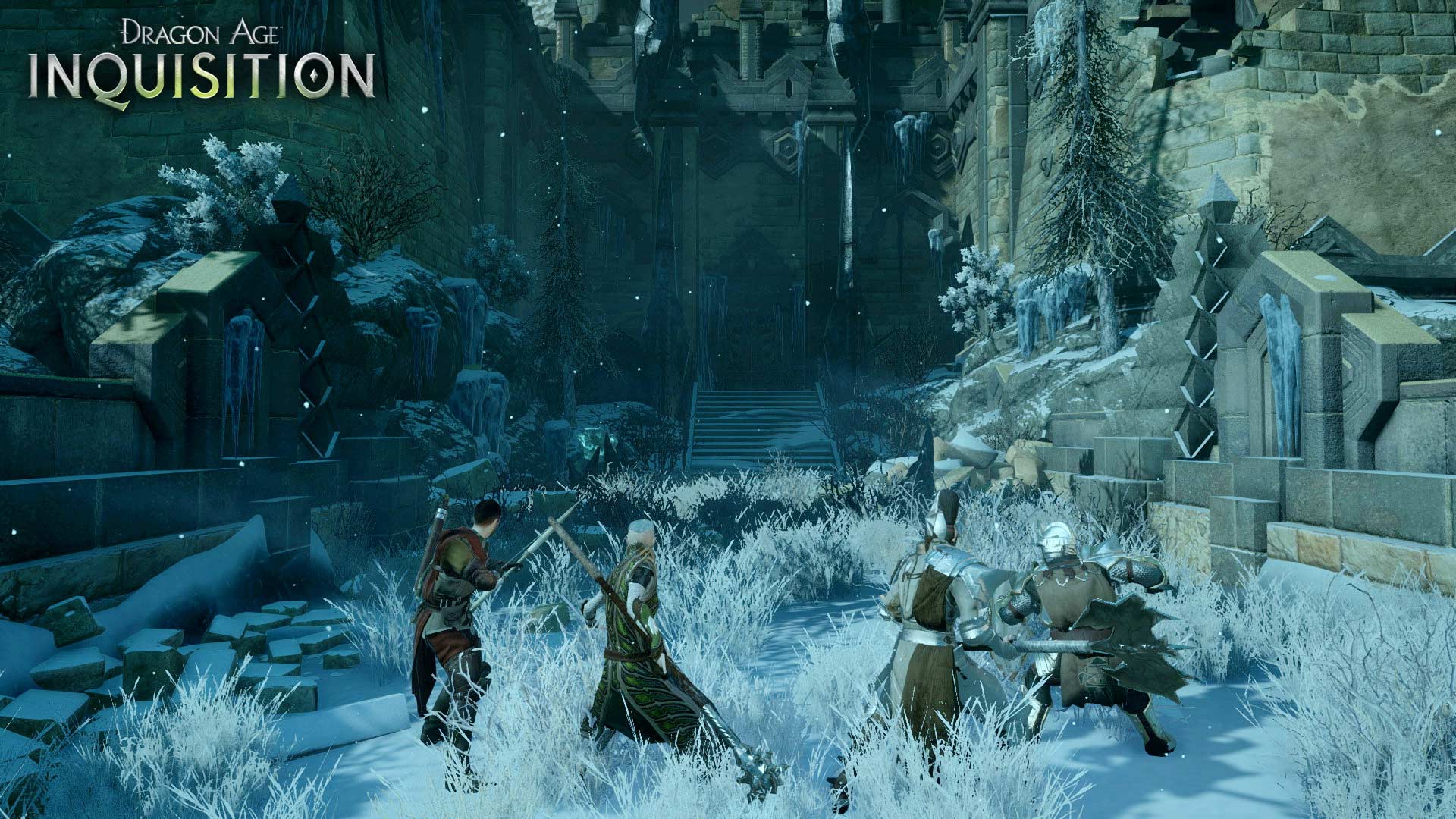 One of the most refreshing things about Mass Effect 3 (no, we’re not going to discuss the ending) was the Multiplayer mode. Originally seen as a tacked-on implementation that was meant to satisfy a checklist, ME3MP recaptured something of the camaraderie that used to be so integral in multiplayer gaming.

Instead of pushing the deathmatch scenarios (team or otherwise) that would pit players against each other, all of the multiplayer was cooperative. It’s the first game in recent memory that’s made me want to play more multiplayer, when usually I shy away from it like it’s red lyrium.

The news that Bioware would be doing a multiplayer mode in Dragon Age: Inquisition meant I was fairly certain they’d approach it in a similar fashion, but what I found in these multiplayer missions was something I hadn’t felt from a game in a long time. While Mass Effect 3’s multiplayer revolved around waves of enemies coming to a set location, occasionally interspersed with a variation of goals, Dragon Age Inquisition harkens back to old school dungeon crawls.

To start with, your character will be either a Legionnaire, Keeper, or Archer – these being a specific variation on either Warrior, Mage or Rogue. There’s a total of twelve classes at current, equally split between the overall class archetype. Your character, referred to as an Agent, joins a team of up-to three other agents and off you go on a mission. 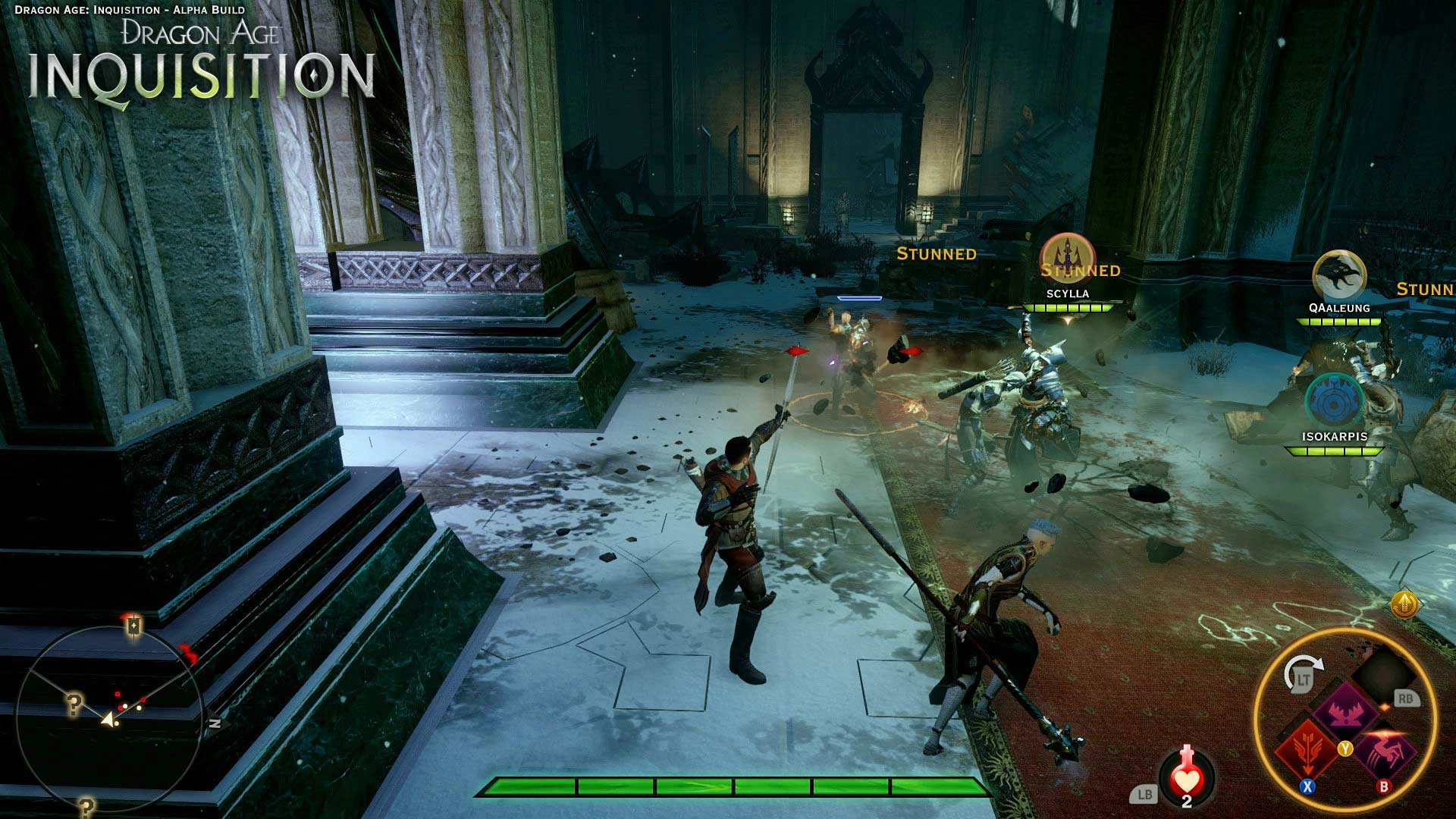 It’s exactly like that, but then it’s also much more than that. You start in one of three locations, mirroring some of the places you go in Thedas. There’s Elven Ruins, an Orleisan Chateau, and Tevinter Ruins. At a glance it doesn’t sound like much variety, but where the game pushes that forward, is that out of the five sections that make up a mission in one of these locations, the actual sections themselves are randomised. This adds a modicum of variety to the missions you’re going through.

You and your team head to a location, and rather than facing waves of enemies, you progress through the various sections of the location until you’ve reached the fifth and final section. It’s this process of moving through the various rooms of a location, facing a variety of enemies (each from a common mix yet never quite the same ones every time) that create an air of an old-school D&D campaign. It’s light on the roleplaying side and heavy on the ‘rollplay’, yet having a bunch of rooms in every area to explore, often requiring one of the core character archetypes to gain entry. It’s this technique, every member of the team having a use while working in sheer cooperation that really elevate the multiplayer experience.

It does also reinforce the need for teamwork in ways reminiscent of the single player experience, and as the difficulty gets harder, the need to communicate with your fellow agents will be paramount in the success of a mission.

It isn’t without fault, and even a crazed Bioware fan like myself can find the approach to loot a little sparser than comparable approaches. The idea of gaining coins to unlock chests is done in a similar style to Mass Effect, and countless other games, however it feels slow. The way in which loot, equipment and experience is shared is a positive, removing the likelihood of players running off to hoard a secret treasure trove for themselves, yet the equipment system is a staggering grind.

Over a number of rounds, I’ve found some runs through a dungeon will be almost devoid of loot, and it’s even worse with items. Considering they seem to be the only means of acquiring crafting material, it feels like a long road lies ahead for unlocking the nine classes beyond the starting three, and gearing them appropriately sits even further away. 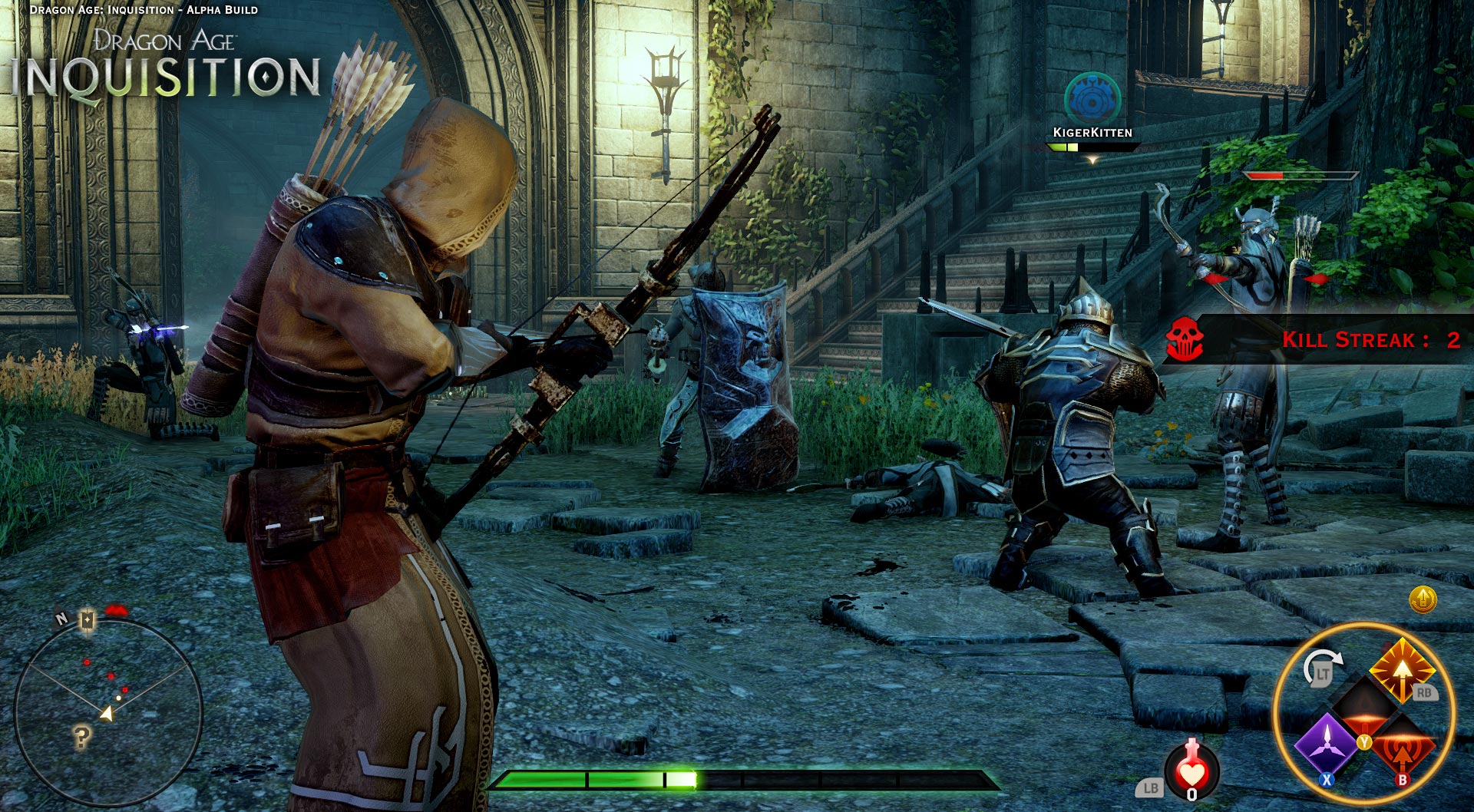 Beyond the individual missions, there are a series of challenges, as well as a tie-in website, Inquisition HQ, where you can check on your progress through the game.

It will be interesting to see where the content for the multiplayer goes from here, though this Agent of the Inquisition is hoping it follows the same path as Mass Effect 3’s multiplayer content.