Some fans laugh at standard editions.  They scoff at special editions.  They are the die-est of the diehard, and they only pre-order once the special-special-editions are announced.  Saints Row diehards, your time is now.  The SR4 Super Dangerous Wub Wub Edition has been unveiled.  Read on for the details.

You might recall that a few months ago, Voltion Games asked fans to complete a survey concerning the Saints Row 4 collector’s edition.  Well, the Super Dangerous Wub Wub Edition is apparently the result of that survey.  And while it doesn’t contain a scale model of the F-69 like I asked for, it does come with some criminally amazing stuff.  Check it out. 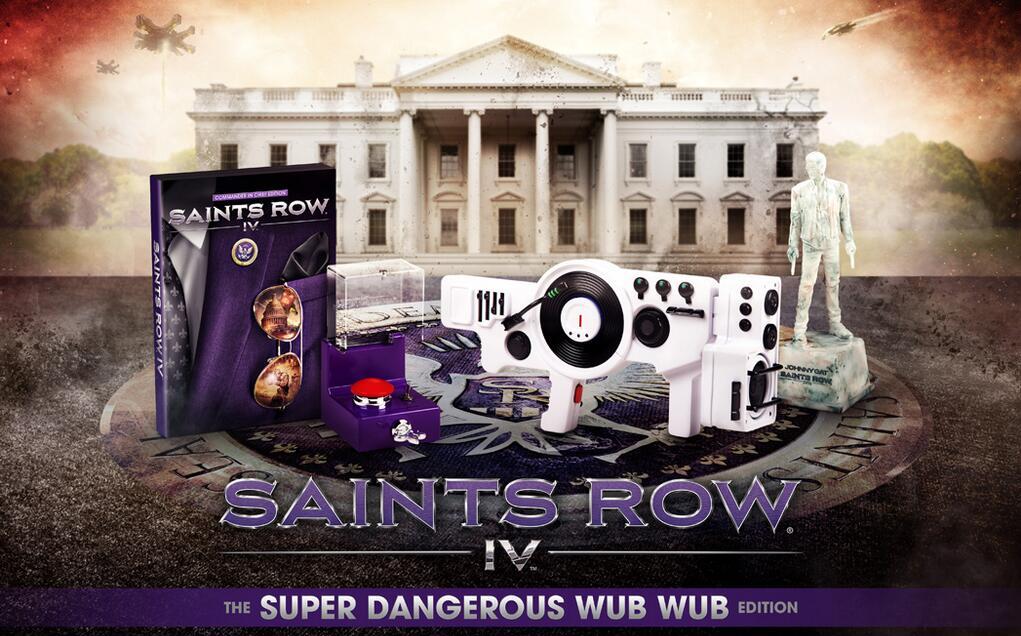 Yes, that is indeed a replica Dubstep Gun, and it comes complete with sound and a laser.  Not sure what the laser is for, but hey, everything is better with lasers, right?  Volition could have just included the Dubstep Gun, and they still would have had a great special-special-edition.  But it also includes a dubstep doomsday button, which I’m sure my boss will love, and a Johnny Gat memorial statue.  A moment of silence, if you will, for Johnny Gat.

The Super Dangerous Wub Wub Edition also comes with the Commander in Chief Edition of the game, which in case you don’t remember, is pretty friggin cool all on its own.  It comes with three downloadable extras: the Uncle Sam suit, the ‘Merica Weapon, and the Screaming Eagle Jet which, may I remind you, fires missles from its mighty talons.

Are you sold?  I’m sold.  The Saints Row 4 Super Dangerous Wub Wub Edition launches alongside the standard and Commander in Chief editions for PS3, PC, and Xbox 360 on August 20th in ‘Merica, and August 23rd worldwide.  It’ll sell for $99.99, so start saving now.

PS: Our fearless leader, Tash, has decided to celebrate this announcement in a unique way.

In honor of the Saints Row IV CE announcement yesterday, today I’m going to answer anyone who asks me a question with #wubwub

So go ahead and ask her something.