The censoring of the Saints: an evaluation of Australia’s games censorship system

Remember the buzz in the Australian gaming scene at the start of the year when we finally got that R18+ category?  It was like Christmas came a week and a bit late! The first half of the year was exciting as we saw various titles released under that shiny new red label that otherwise would not have been seen in their unmodified form in this country. Yet like all good parties someone arrived a little too drunk, upset some people and was refused entry.  What surprised most was that it wasn’t an overtly offensive game, like the Japanese Eroge RapeLay, but the highly anticipated Saints Row IV.

Aussie gamers were angry and, in surprise to no one, did what they do best by taking to the internet to voice their displeasure. Loudly. Cries of everything from ‘nanny state’ to ‘what’s the point of the R18+’ were thrown around on Twitter and the comment sections of gaming websites. People even pledged to import the game from the US or UK before we knew why the game was banned. We now know why the Classification Board originally decided to award the Saints Row IV the RC achievement, and what content was deemed too depraved for Australian audiences. It’s been a few months since the original decision so allow me to hit F5 for you all. 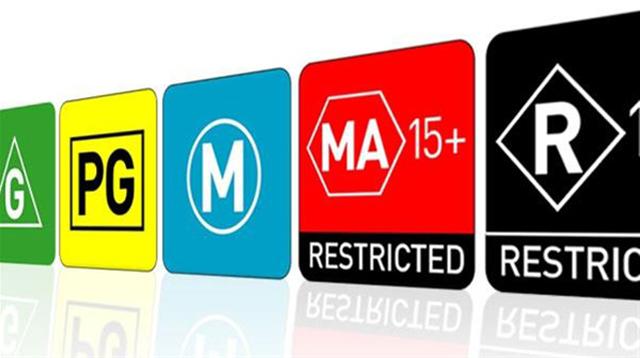 Those of you above the equator are likely more familiar with the Entertainment Software Rating Board (ESRB) and the Pan European Game Information (PEGI) organisations. These video game classifications are a voluntary code (in theory, as most major publishers and retail outlets require a game to be classified). In Australia, the classification of film, video games and certain ‘literature’ (i.e. nudie magazines) is enshrined in legislation. The Classification Board is a ‘statutory organisation’, independent of the government and responsible for evaluating and classifying the aforementioned media according to multiple guidelines set by the federal government: the Classification (Publications, Films and Computex­ Games) Act 1995, the National Classification Code and the Guidelines for the Classification of Computer Games 2012 (also, each state and territory has its own enforcement legislation). So when a film or video game is RC in Australia it is well and truly banned (there is even the risk of being severely fined for importing RC media into the country).

The classification categories in Australia for video games were adapted from the existing ones for movies, unlike what ESRB and PEGI introduced with their creation. While one national rating system makes identifying age appropriate material simpler for less tech-savvy parents, the initial concern about the impact of interactive video games can be seen in the current legislation. Games are evaluated to stricter criteria than film, and consideration is given to the length and frequency of numerous elements (themes, violence, sex, language, drug use and nudity) experienced in game. Since the introduction of video game classification numerous studies have been done that explore the impact of interactive violence on the aggression levels of children, as well as the impact of other material. Here is a very interesting read that evaluates numerous studies into the impact video games can have on children, both good and bad). Matt Burgess wrote a great article that explores other nations’ classification styles over at Gameplanet.

With the dry material out of the way, on to the specifics.

When the ban on Saints Row IV was first announced, there was a lot of focus on the violence and glossing over of the drugs. While sex, violence, nudity and swearing are assessed on various degrees of exposure, drug use in games are heavily restricted. If any game contains ‘illicit or proscribed drug use related to incentives or rewards’ or ‘interactive drug use which is detailed and realistic’ they will automatically be Refused Classification and that’s exactly what happened here. If we discount the Alien Anal Probe the game would still have been refused classification because of the use of proscribed, illicit and now xenopharmacological drugs. In fact, after Kosh Media GmbH (Deep Silver’s marketing company) decided to submit the un-edited game to the Classification Review Board (who are an independent body from the Classification Board), it was again RC-ed but only because of the drug use.

Saints Row IV contains an optional side quest where you partake in ‘alien narcotics’ that give you superpowers. Sounds amazing, right? Better than other terrestrial drugs that only make you think you have a superpower but leave you with regret and pain in the morning. Unfortunately, with using the term ‘narcotic’ and making the method of ingesting the alien narcotics too similar to real life illicit drug use, our in game avatar will not get a chance to ingest these now that Saints Row IV is released. I’m a little bit disappointed in Volition regarding the drugs. Surely they could have been more creative when creating how alien drugs could be consumed? They’re giving us a dub-step gun, why not make the drugs a substance that can be taken aurally? 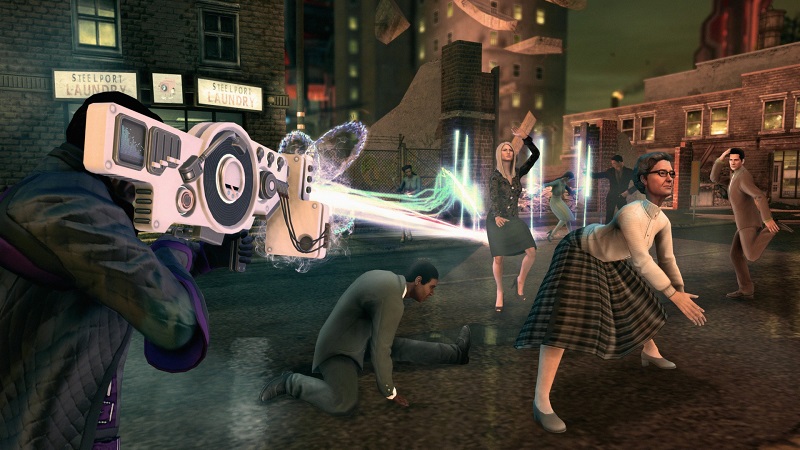 The more realistic State Of Decay was also banned for the inclusion of various real world drugs in the game. Numerous drugs were available, and all with their real world names, plus you could even make various ‘stims’ up in a medical lab. Although the choice of taking these drugs or not is left up to the player, the Classifcation Board stated in their decision report that ‘the Applicant [Microsoft, for Undead Labs] has stated that “… it would be very difficult to complete the game without some form of medication”.’

I understand that limiting the exposure of drugs in games that children might play is one of those things that is A Good Idea, after all the last thing you want is little Katie downing a bottle of panadol while playing ‘cowboys and zombies’ with the neighbourhood kids because she saw it in a video game, but I’m really perplexed about the strict depiction of drugs in games aimed at adults. Is it because the government are overly concerned that children will still find a way to play R18+ games? If so then this condition appears to fly in the face of the first point in the National Classification Code 2005, which is that ‘adults should be able to read, hear, see and play what they want’. More perplexing is that New Zealand’s Office of Film and Literature Classification (who typically follow Australia’s classification decisions) did not appear to take issue with the depiction of drugs (or the sexual violence) because Saints Row IV and State of Decay were both classified with an R18 rating (restricted to ages 18 and above), so this seems to be a requirement specific to Australia. Maybe Undead Labs just need to include a NPC doctor in the med labs who would only dispense the proscribed drugs after explaining how to take them and any potential side effects, but in the end they took the Fallout 3 route and renamed the drugs. Perhaps this is one aspect of classifying video games that needs to be evaluated now that we have years of studies into the impact interactive games has on an individual.

In the case of Saints Row IV, there was more to the original ban than the inclusion of mere ‘sex and drugs’ (rock and roll is still okay though, Australia isn’t Bomont … yet). Yes, there is violence in the Saints Row series, yes it did take a turn towards the ridiculous in Saints Row the Third, and although the pimps and hoes aren’t as obvious in IV there is still an element of sex in the game. But the combination of the two, sexualised violence, is not a subject to be treated lightly.

The place of rape and sexualised violence in video games was recently raised with the release (and in the promotion materials before that) of the Square Enix’s Tomb Raider. A lot of good criticism came out of that, such as how sexualised violence shouldn’t be used as the defining characteristic for a female character. The discussion of rape as a narrative device is important but it appears that Saints Row IV uses sexualised violence, through the inclusion of the Alien Anal Probe, independent of the narrative. It has no context in the place of the game other than to provide a laugh. The problem the Classification Board had with it, and I feel it’s a valid complaint, is that when used the game depicted it as actually being penetration, emphasised through the use of pixilation and there’s no reason for this other than a ‘just because we can’.

Just putting it out there before someone else does, and in nicer terms. I acknowledge that humour is subjective and people have their ‘sacred cows’. Because it’s subjective I’m disinclined to say that certain topics should be off limits, as what I find acceptable others may not, but those hot button topics should be handled with care and done in a way so the victim is never used as the punch line. Yes, the Alien Anal Probe may sound like a humourous weapon, especially because the idea of aliens abducting humans to give them a good probing is well established in pop culture, but sexual violence shouldn’t be used to get a cheap laugh because you can. Interestingly, the Classification Review Board didn’t mention it in their review of the un-edited game or reference it in why the game should be RC-ed.

I wrote the bulk of this before the re-submission of the original and then the edited versions Saints Row IV to the Classification Board. Since then both Saints Row IV and State of Decay have been approved and released in Australia, surrounded by much discussion that surely would not have hurt their sales figures. Yet sometimes an edited game will slip by unnoticed until weeks after its launch, as what happened with The Last of Us and Naughty Dog admitting only recently that many countries (including Australia) were actually playing a slightly edited version of the game. The benefit of a global market does provide adult gamers with the option to purchase the unedited versions to play, but if they can make that choice then isn’t there an argument for re-evaluating some parts of the classification code to line up closer with those of other western nations?