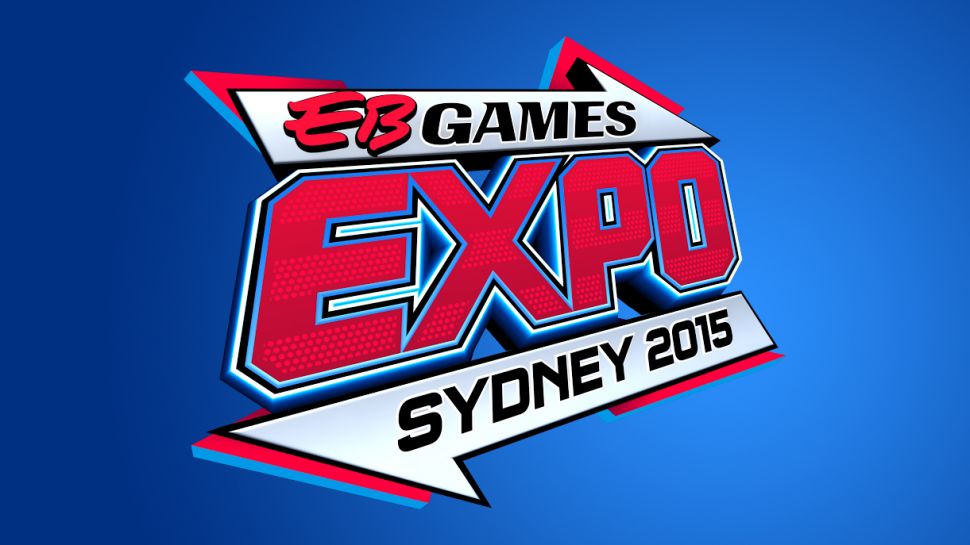 Another round of EB Expo took place in Sydney at the beginning of the month, where publishers, developers, journalists and the public all came together to get either hands-on or eyes-on with recent, new or upcoming games. Running over three days, it’s a chance to try out some games, see some marvellous cosplay, and be social with other gamers.

Each of the booths were wide and spacious, using the space in a way that gave every exhibit enough room to breathe, while being distinctly separate to the others. The location gave a nice bit of distance between, so that neither the Xbox and Playstation booths were close enough to start the fourth gear console war. It was touchy when the Playstation blimp maybe got a little close to Xbox airspace, but the folks with their finger on the left and right triggers held back. 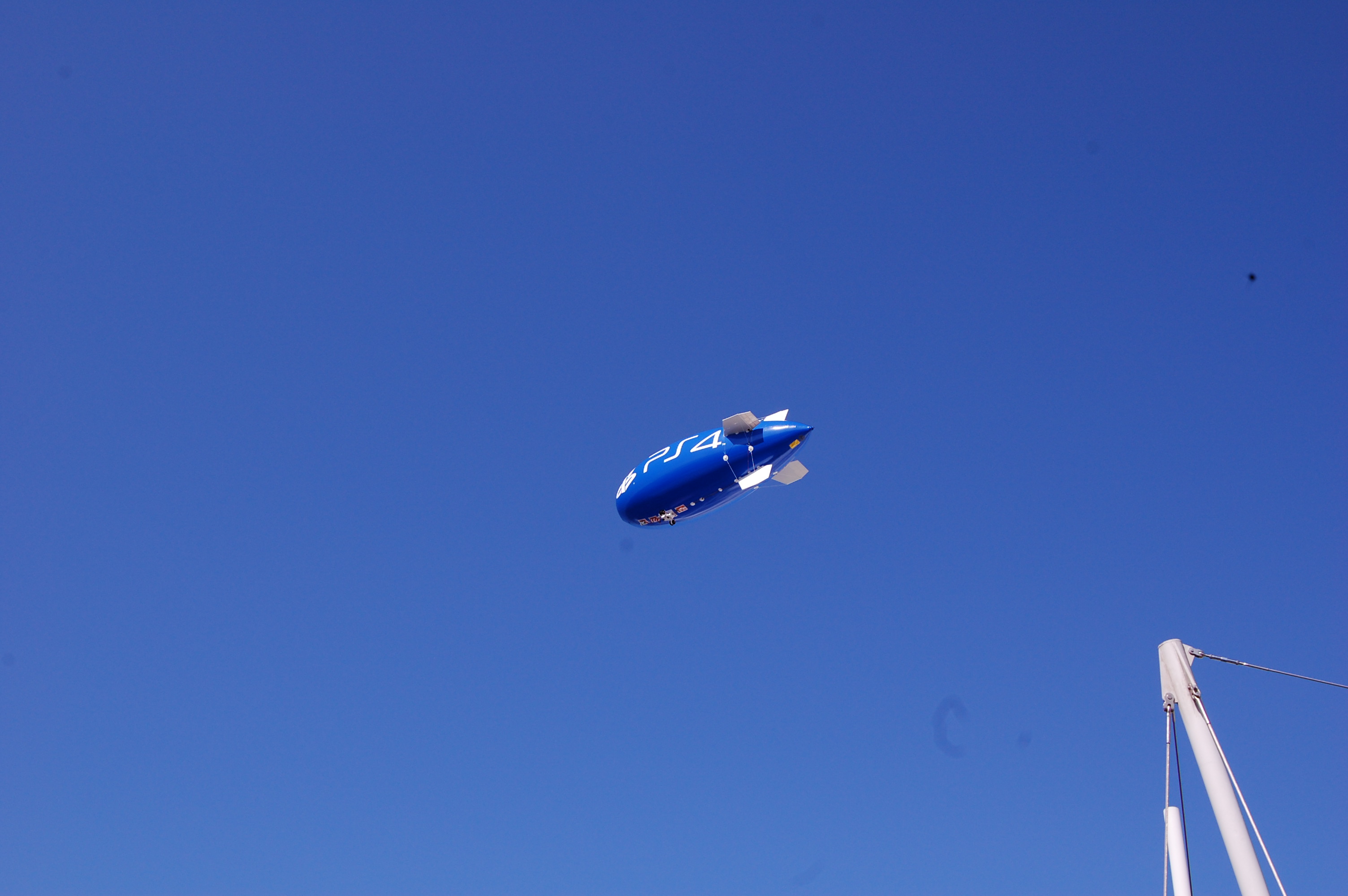 Running around the floor on the Thursday Night, Friday and a little bit of Saturday, the event felt different to last year. Sadly no case of Save Game sweeping the Industry vs Community trivia this year, and the proliferation of panels that were around last year were absent. It’s a shame that they weren’t as big a part of the event as they were last year, though some of the individual booths did run their own activities.

The draw of the xbox booth was undoubtedly Halo 5: Guardians. Sure, there were other attractions that brought their own crowds, but the franchise has been synonymous with Microsoft’s console since the original xbox, and has a huge following. A sneakpeak of Halo 5’s story mode was shown on the thursday night before the official commencement of Expo, allowing a handful of people a look at how it plays. It’s colourful and quick, with 343 capturing that essence of the Covenant; from the quirky nuisances to the damage-soaking juggernauts.

Halo wasn’t strict a showreel – with the Warzone mode playable, it meant there was plenty of nail-biting action with large groups of players – with even more of that available once everyone reached the front of the queue to get some hands-on time with the game.

While details on Quantum Break, the new Forza, the recently released Gears of War Ultimate, and a mix of others (including the old-timey animation and indie darling Cuphead, other recent releases and indie games). 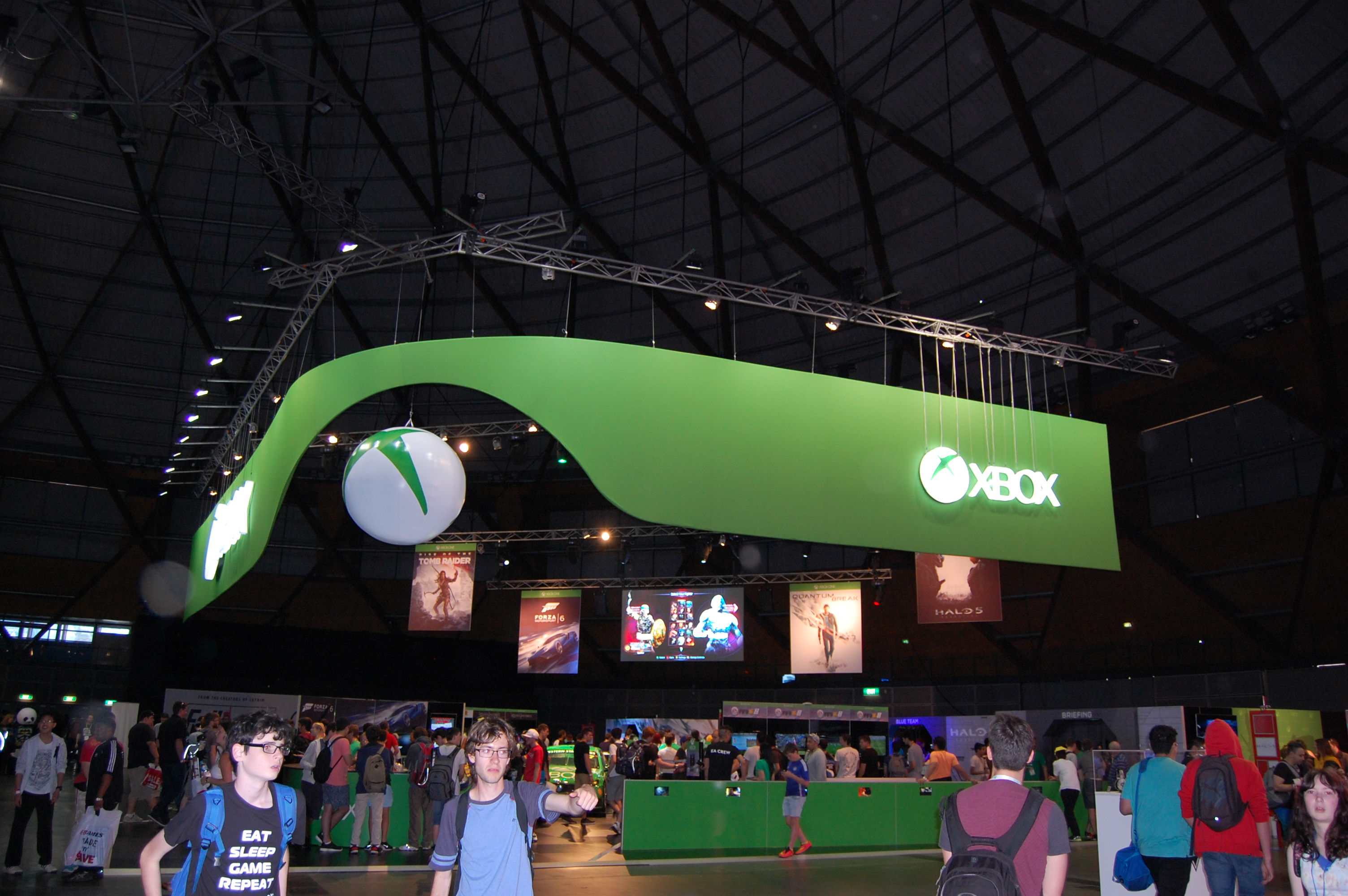 The other unmistakeable star of the Xbox booth was another game from a franchise that’s been a staple for generations, Rise of the Tomb Raider. Rise builds upon the play of the recent reboot of the series, Tomb Raider (which also the current Xbox Games with Gold offering for the Xbox One). It brings Lara Croft back to the magnificent tombs that the name alludes too, but also adding more by way of utility to her range of abilities.

Rise of the Tomb Raider looks amazing, but hand in hand with the gorgeous environments is death, death and oh hey, there’s some more death here too. Stealth is a much bigger part of the game now, but the old rough-and-tumble avenues should be available for those who like to make a lot of noise while they traverse ancient ruins. The game was playable at expo, and so far we like what we see.

On the not-quite-a-game front, Microsoft also showed off the quick-response dash that’s coming in the near future. Those of you who are already in the Xbox Insider program have probably already had your hands all over it. As a kind-of Xbox gamer (platform agnostic, but non-practicing) it was one of those bits of utility for the Xbox One that will improve the experience for gamers on the console.

Ancient ruins were also the order of the day over at the Playstation booth, with both Uncharted 4 and Uncharted: The Nathan Drake Collection around. Nate wasn’t the star of Sony’s setup, but was…. or should I say wars… were. Star Wars was a big part of what Sony showed, with both Disney Infinity 3.0 (aka, the Star Wars One) and EA DICE’s Battlefront taking up the most prominent positions. 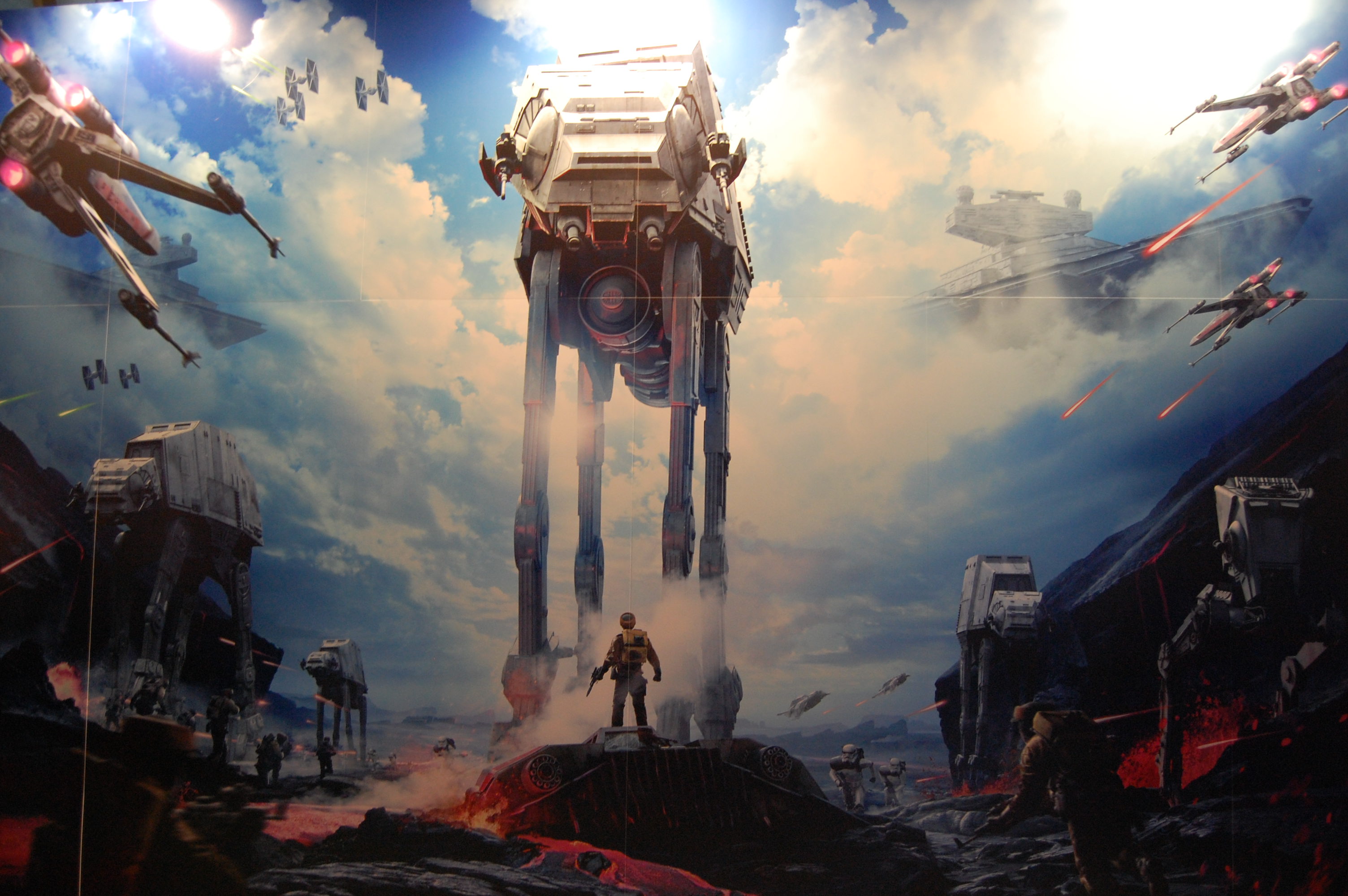 We’ll be sharing a little more on Battlefront in another post, but as someone who started off with the original Battlefront, hype has been got. I don’t want to share too much about the game for those trying to keep away from new details, but it was great fun to be running around Hoth once again.

Disney Infinity 3.0 also had a sizeable area, with plenty of chances for players to both get some time with the game, and drool over the sizeable collection of figures on display.

Nintendo’s biggest addition was a Yo-Kai Watch game. Based on an anime series that by some accounts is bigger than Pokemon in Japan, and is going to take over the lives of children everywhere. The new Star Fox was another big one for Nintendo fans, but there’s always that lure of just walking by and picking up a few streetpasses.

The most interesting thing about how each of the main consoles booths were arranged was that they weren’t just about showing the next batch of games – familiar entities like Minecraft at the Xbox booth, Journey at the Playstation booth, and a whole slew of favourites over at Nintendo’s booth. 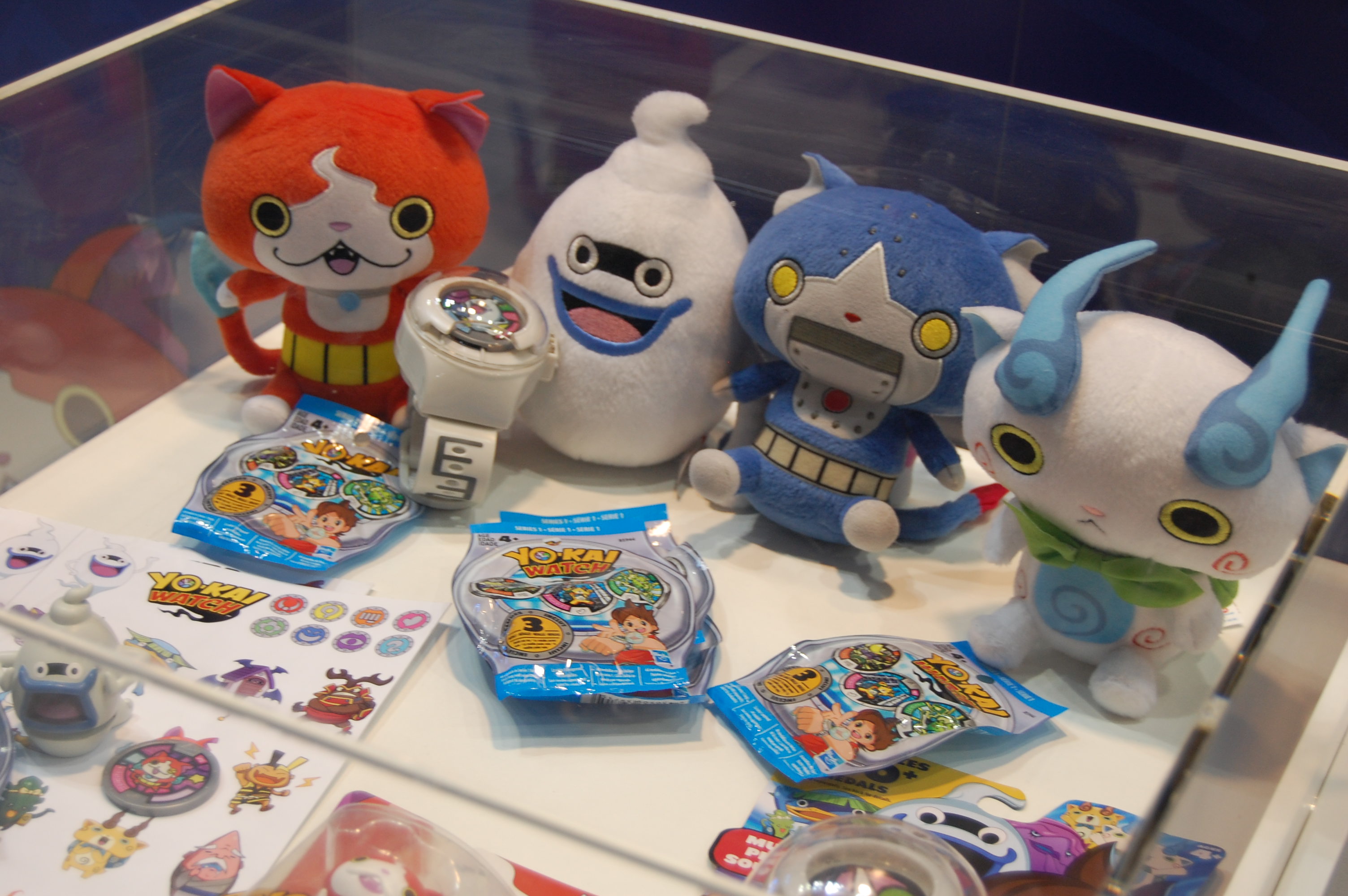 My own bests-of-show are not without bias. I almost feel a little bad for it, but my personal favourite was Fallout. There was nothing new in the slightest about the game, but seeing all those bits and pieces up on a big screen, surrounded by other wannabe vault dwellers was a tremendous experience. My life is going to be consumed by post-apocalyptica come the middle of November, but you know, just hearing that theme start up, the emotions, they overcome.

Second to that was Star Wars Battlefront. We’ll say a bit about it in the Sony wrap-up (since they were sitting cosy with EA’s booth. I’ve been a massive Star Wars fan ever since I was capable of cognitive thought, and had a whole range of the games over the years. While I won’t go into a best-of reminisce right now, getting hands on with Battlefront was a dream. You know you’re onto a good thing when the controls are already inverted for you.

The last game I want to make mention of was Lego Dimensions. I’ve gone on and off with the toys-to-life thing ever since the first Skylanders came about (I blame parenthood for starting it, my collecting urge for continuing it). The game sounds pretty interesting, and mixing so many massive fandoms together (Doctor Who and Back to the Future together? Amazing) means major fan-service. The price-point will no doubt keep many away, but cost aside, you can’t deny it is intriguing.

All in all, we were pretty excited to be able to cover the EB Expo 2015.