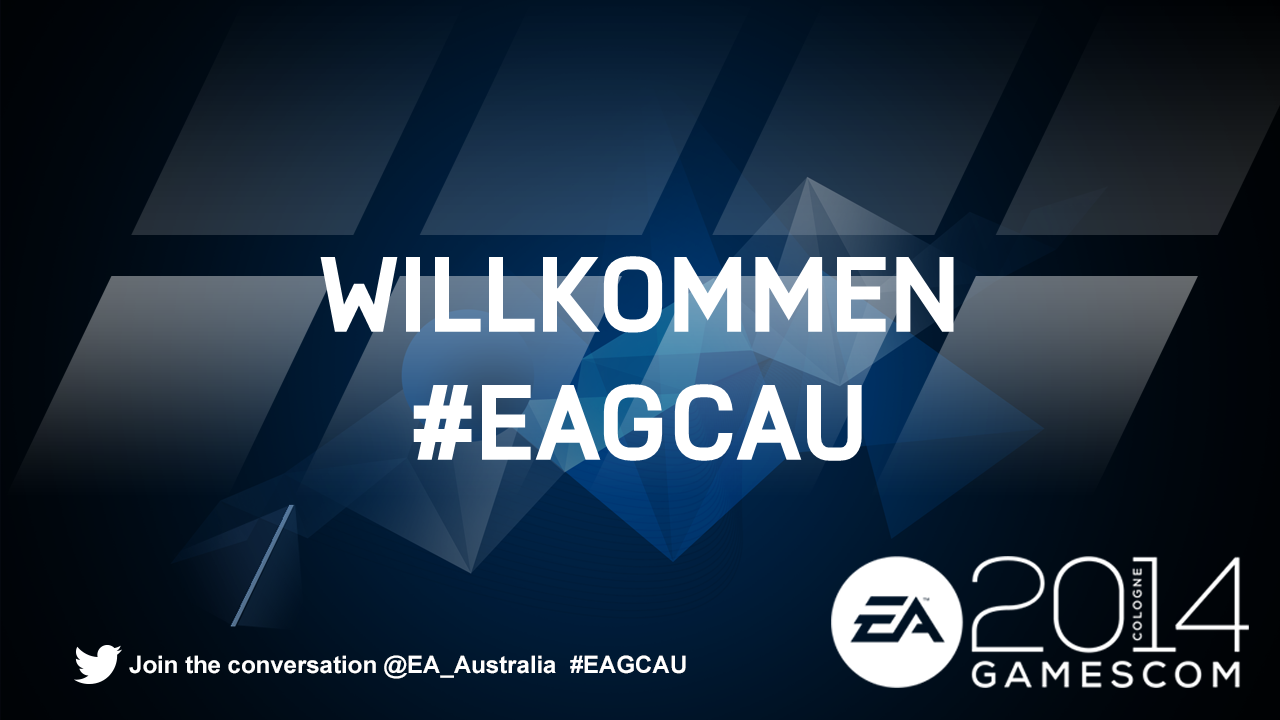 It doesn’t take a lot of effort to find negative opinions about EA. Google might be your friend, but the auto-completes suggests that its no friend of EA. The company was voted ‘Worst Company in the World’ in 2012 and 2013, and if you weren’t a gamer, you would be scratching your head about what this evil corporation might be up to. When you hear of things like that, you start to wonder – what twisted sort of person might work there? Are they filled with loathing and contempt for those beyond, or are they perhaps like John Smith from Austin Powers: International Man of Mystery. Were those in the EA Community team regular people like the hapless henchman of Dr Evil, dearly departed Smitty?

You always wonder about these things and err on the side of yes, they’re probably evil, but sometimes you get the chance to find out. As part of Gamescom 2014, EA Australia hosted a community event, EAGCAU (EA GamesCom Australia). It seemed like a trap. They would be live-streaming the EA Gamescom presentation. Almost definitely a trap. It would be at the Bavarian Bier Café.

With the bait of free beer and the best Wurst in the Sydney CBD, my guard was down. The first sign I had that something had gone terribly wrong was when the livestream stuttered. With the feeling of dread rising from my stomach, I understood now what had happened. They had planned it so well. The naive and innocent among the crowd might blame say, Australia’s lack of decent internet infrastructure, I knew better. EA knew this would happen. When the same thing had happened to me at home on a different presentation the night before, that was just bad luck. This… this was villainy. They knowingly lured their fans into a den of torment, literally torturing them with a stream that stopped twice for a few seconds.

Are there no limits to their indecency?

In my first foray into investigative reporting for Save Game, I went undercover as a regular gamer who didn’t really talk to anyone beyond a few well-timed outbursts. It’s a persona I’ve adopted before, having honed it at other gaming events, parties, social functions, dinners, pubs, and six years of high school. I know how these megalomaniacs work – as soon as they know you’re with the press, you get the rehearsed speeches and the PR spiel. The public deserved to know.

And here’s where it comes out. The awful truth is that this isn’t the story you want it to be – to my dismay, the EA Australia Community team is… great.

These are real people doing what they love, and that passion for games doesn’t stop when the work day ends (whether it ends or not). They’re the ones on social media every day, talking about their respective games, but in speaking to them in person, you can tell that it goes beyond. Just because one works on the sports games doesn’t mean they don’t get into The Sims. It goes beyond the job. One of the most telling anecdotes from the night was listening to two guys talk about the older Battlefield games, discussing the specifics of a certain map, and describing the harrowing take-down of two camping snipers with a mess of explosives. This chat wasn’t scripted, but arose from mingling between the EA team and those they came along.

Another story from the night (and this might ruffle a few khakis) was about how The Sims fans are the most hardcore. As the story goes, every gameplay trailer that’s released, they’re all over it. If they run into issues, they’re nice about it. While I’m a die-hard Mass Effect fan, and also think my son could probably give them a run for their simoleons based on his consumption of Plants vs Zombies games and videos, I appreciate where it comes from. With the controversy that does surround gamers from time to time, it’s refreshing to hear about a game with fans that have always been pleasant.

Seeing the team like this, made of real people and not soulless corporate stooges, it counters what we’re told. If one were to visit their offices before such an event, you might expect sparse furnishings and prison grey walls, though the truth is surely different. Instead it’s more likely to be a wonderland of gaming memorabilia that would instil a quiet awe in even the most rambunctious inner child.

This isn’t about EA though. It’s not even about their games. Not really.

Well after the presentation had finished, people stayed to chat. There were times when it was almost textbook; the guns-and-ammo rep near a Battlefield poster, the sportsball dude by the playable FIFA games, and the Maxis rep with some simmers, but it changed throughout the night. Even once the fun migrated to a physical ode to a speakeasy across the road, knowing that they still had to show for work the next day for more Gamescom-related stuff, they spent time with their fans.

The tell though, is that they don’t call them fans. It’s a community. It’s not just a bunch of gamers liking the different games, but real conversations about them.

At the start of the night, the Community Lead made it clear – the reason they have these events is because they want to put players first. It might be the games that bring us to the table, but it’s the people that make us feel like we belong there. Events like EAGCAU do exactly that. They make you see the EA crew as people instead of a twitter handle, their enthusiasm makes you want to try games you’ve never had an interest in, and the effort they expend to help people out comes from a place of genuine class.

There was a line earlier in the night that could be a motto.

“Without a community, we’re making games for nothing.”

And really, what’s the point in being invested in something if we can’t share it?

If you missed the EA Gamescom Presentation, you can catch up with Gamescom Trailerpalooza: EA Edition.