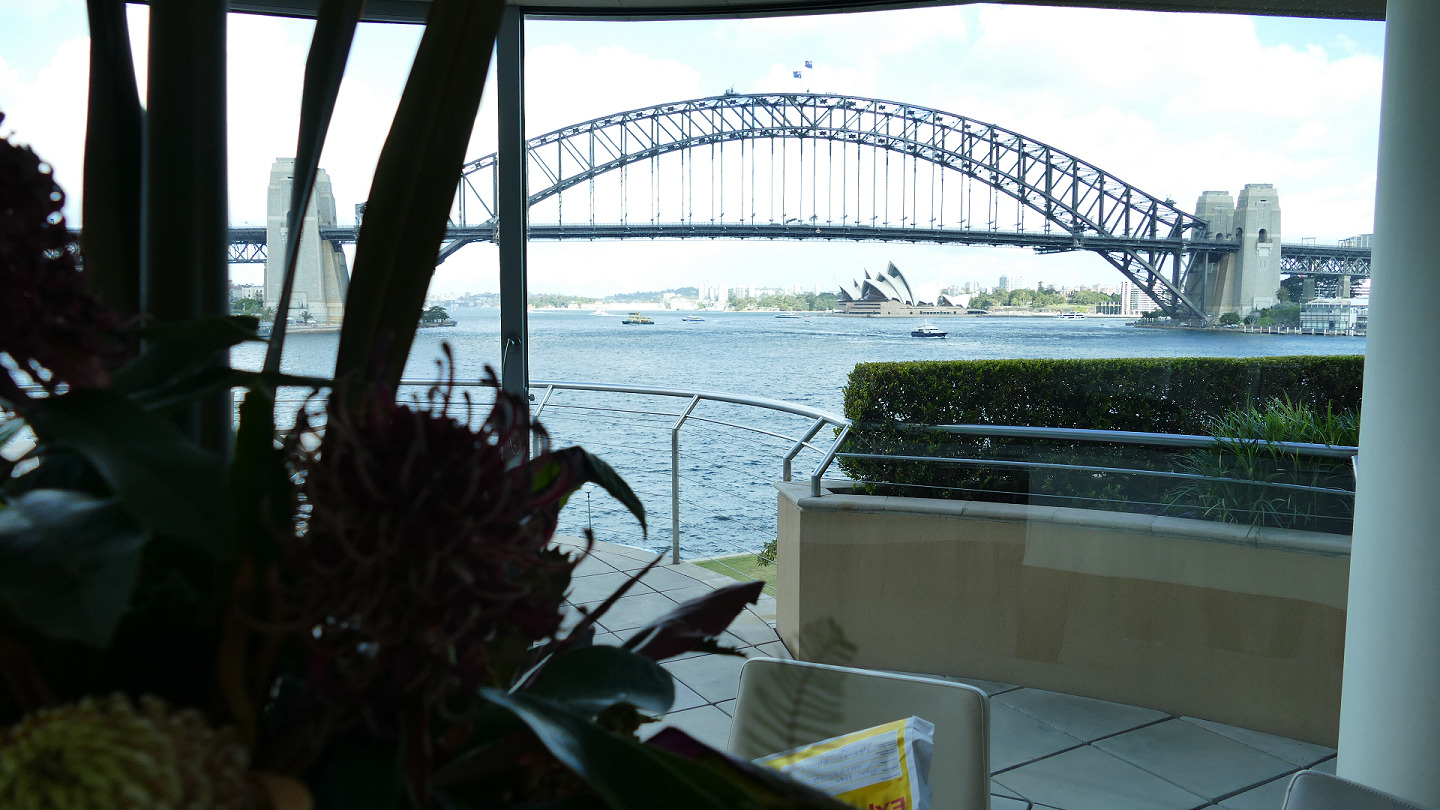 It’s a sunny afternoon in the middle of October, and I’m standing at the bow of a ferry that’s just left the wharf at Milsons Point. With a bright vision of Sydney Harbour behind me, my brief journey to La Corniche begins. There’s an event. The promise is the same as it always is, and echoes with the familiar staples. There’s food, drink, and of course, games. It’s only just past my second whole month of living this life, and it’s still ridiculously difficult to contain my excitement.

I’m immediately struck by the venue’s stature – it’s a remarkable building nestled on the edge of McMahons Point, but from a utilitarian standpoint, it’s merely a location; a backdrop to demonstrate the cream of LG’s televisions against. While there’s plenty that could be said about their range, specifications, clarity or price-points, there’s not much point in showing what they were capable of, as your computer screen or smartphone is going to only show what they can do. Besides, it’s the games I was there to write about.

They were chosen to show off the TVs and its in there that we find our focus. So much is made of what the current generation is capable of, and as much as the gameplay or story might be important, it’s impossible to deny it’s the graphics that often take centre stage. If you were intending to put your best foot forward in relaying the capabilities of your hardware, what game would you go with?

The gem of the night had to be Project Cars. It was set up in the centre room, complete with a steering wheel and pedals, all running at a luxurious 4K. It could have been the best view of the evening, yet the city of Sydney is a fighter, and it fought back with a spectacular view of the harbour in the amber light of a falling sunset.

Full disclaimer that has to go alongside any talk about the way Project Cars plays – I’m a terrible driver in the game world. That the game was brutal in its standards of road safety eroded any chance of me posting a reasonable time – the game didn’t just penalise my lap times- no, contact with the side barriers negated the timekeeping for the current lap, but in terms of sheer punishment, I discovered that it was actually possible to have it disqualify the subsequent lap’s time. No, I didn’t have a single lap recorded out of the ten I played. On the plus side, it did give me that little peak of a sun on screen that was missed in the east-facing venue.

I fared significantly better with Forza Horizon 2, the other racing game being shown. It responded in a more familiar way, though part of that would have been because a controller was a much more lenient method of control, and the other contribution being I wasn’t driving around Bathurst in a Formula 1.

For the same reasons that they’re usually at the forefront of each new generation of consoles, being an ideal way of highlighting the improvement in visuals with each iteration. From a pure graphical standpoint that’s heavy on the immersion, and with the setup literally putting you behind a wheel, it’s an obvious choice.

A slightly different focus comes to mind when considering one of the other games displayed, FIFA 15. Sports games in general do seek to plant a foot in realism, imitating the same visuals seen when sitting around watching A-League, yet they’re not the type of game that pushes the envelope visually – reality is far enough for them. A statistic shared on the night, that more than three-quarters of Xbox owners have a console in their lounge room, sheds more light on why this was on show. At a time when consoles are trying to position their hardware as a focal point for home entertainment, sports is one of the few genres left that still support having friends sit on the couch and play together. It’s the one you’re going to use to show off whatever your screen might be.

The fourth TV had a choice of three games – Tomb Raider: Definitive Edition, Sleeping Dogs: Definitive Edition, and Shadow Warrior. Just a regular Xbox One edition. Given that the latter of the three hasn’t yet been released for the console, it’s probably permissible there’s no definitive edition (All you folk saying Get a PC, hush). Both Tomb Raider and Sleeping Dogs have improved on their original release, but play the same as ever. Shadow Warrior is a throwback to the over-the-top violence of 3D Realms of old, yet takes place in a location that’d be tranquil, if not for the influx of demonic foes.

Yes, you could easily stand and admire the cherry blossoms bordered by bamboo. Whether they’re at the forefront of visuals is questionable, but what all three games do well is invoke a sense of place. If you want to push the otherworldly or atmospheric, they make good choices.

As an aside, I have to give some credit to Shadow Warrior. One of the most frustrating things I deal with on a new game is having to jump into the controls and invert the Y axis. Maybe they did it for nostalgia, or maybe the person that played before me was used to it running the same way, but it was immediately suited to my needs – it’s a lot easier to bludgeon rabbits when I’m not suddenly staring at the sky.

The last little tease of a game, not playable but shown as a cinematic, was The Witcher 3. Of the games on the horizon that I’m familiar with, that’s the one pushing visuals furthest. All in all, the games shown did their job, giving an interactive taste of what visuals they could muster.

They seemed sensible enough games to show, but did I get it wrong? If you had your dream setup, what game would you be showing it off with?

Thanks to LG and Namco Bandai for inviting Save Game to the event.