PAX Rising Spotlight: All About That Space

Space is back, in a big way. NASA and Hollywood aren’t the only ones heading up into the deep empty nothing. These were just a handful of the games looking star-ward, but ones well worth a look.

Objects in Space is the latest game from Flat Earth Studios (Towncraft, Metrocide) that eschews the more common dogfighter style combat, and instead goes for a submarine-style take on space travel. Dubbed as a stealth, space-trading game, Objects in Space goes for a more cold-war feel to how it approaches movement around space, focusing more on the navigation than the piloting, with huge lumbering spaceships taking their time flying around the cosmos. 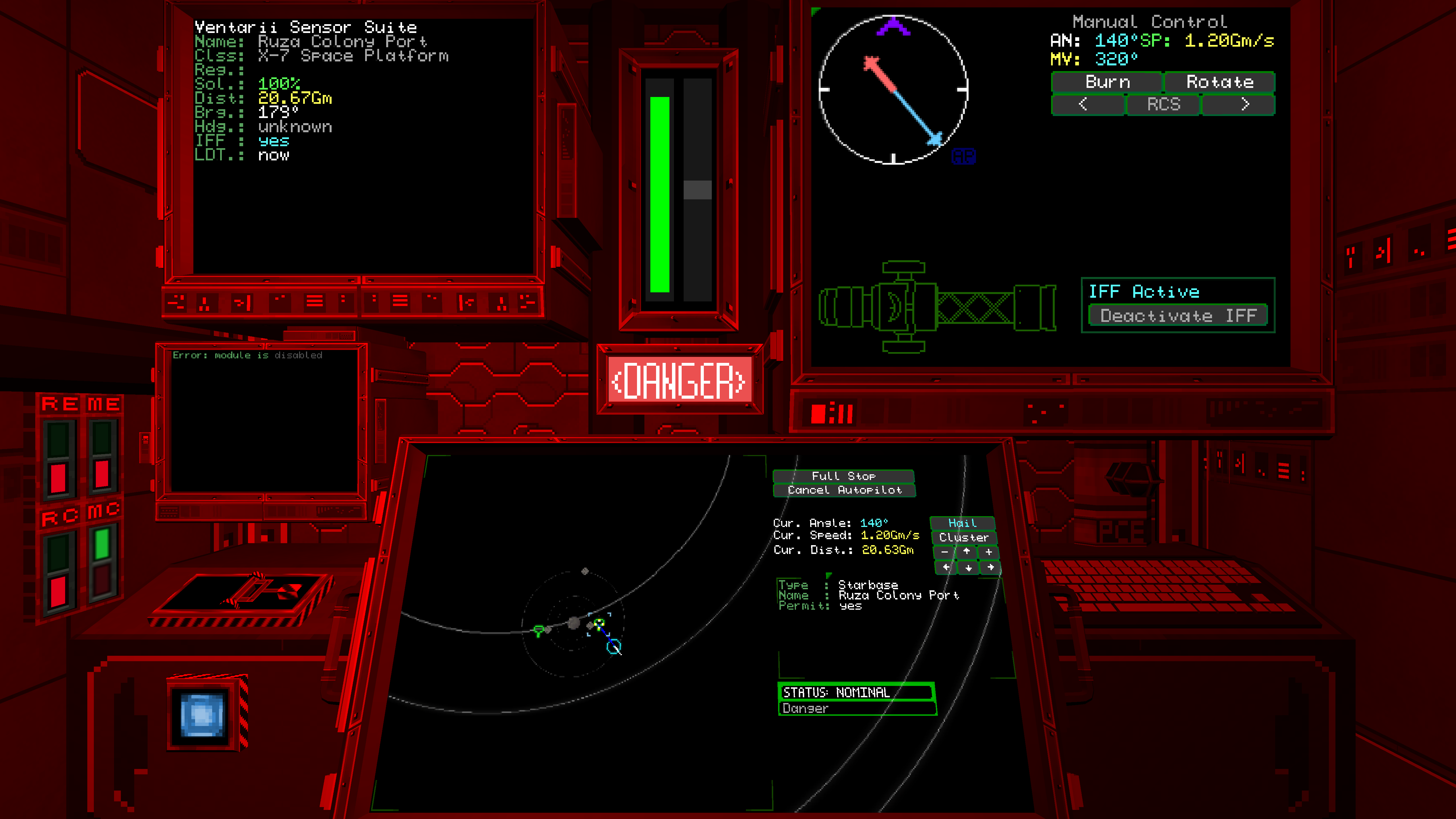 The aesthetic of the game is retro-90s, with the internals of the spaceship feeling reminiscent of System Shock, though the panels and read-outs have their own quality about them. If the game wasn’t enough, the Objects in Space booth at PAX was decked out with custom-engineered readouts and toggle switches to lend that extra bit of authenticity to the cockpit. The game will support the creation of such custom console, so you’ve got time enough to cosy up to your favourite electrical engineer.

Ascent fits into an interesting spot in the gaming world. Creator James Hicks compares it to EVE Online, but makes his point of difference that you won’t have people coming by and blowing your stuff up. It’s a space-exploration and colonisation MMO with a heavy emphasis on construction, industrialisation and resource harvesting, but the biggest descriptor used was cooperative. In a way that parallels the mood of PAX itself, the idea is very much that the playerbase is all in this fine soup together.

That soup is a galaxy where humanity’s been on the verge of collapse, scarcely hanging on to vestiges of civilisation by their proverbial fingertips, across a small number of worlds. On those last few planets, there’s no functioning government, chaos, starvation and riots reign, and a fragmented military struggles to keep order as entropy grows all around. 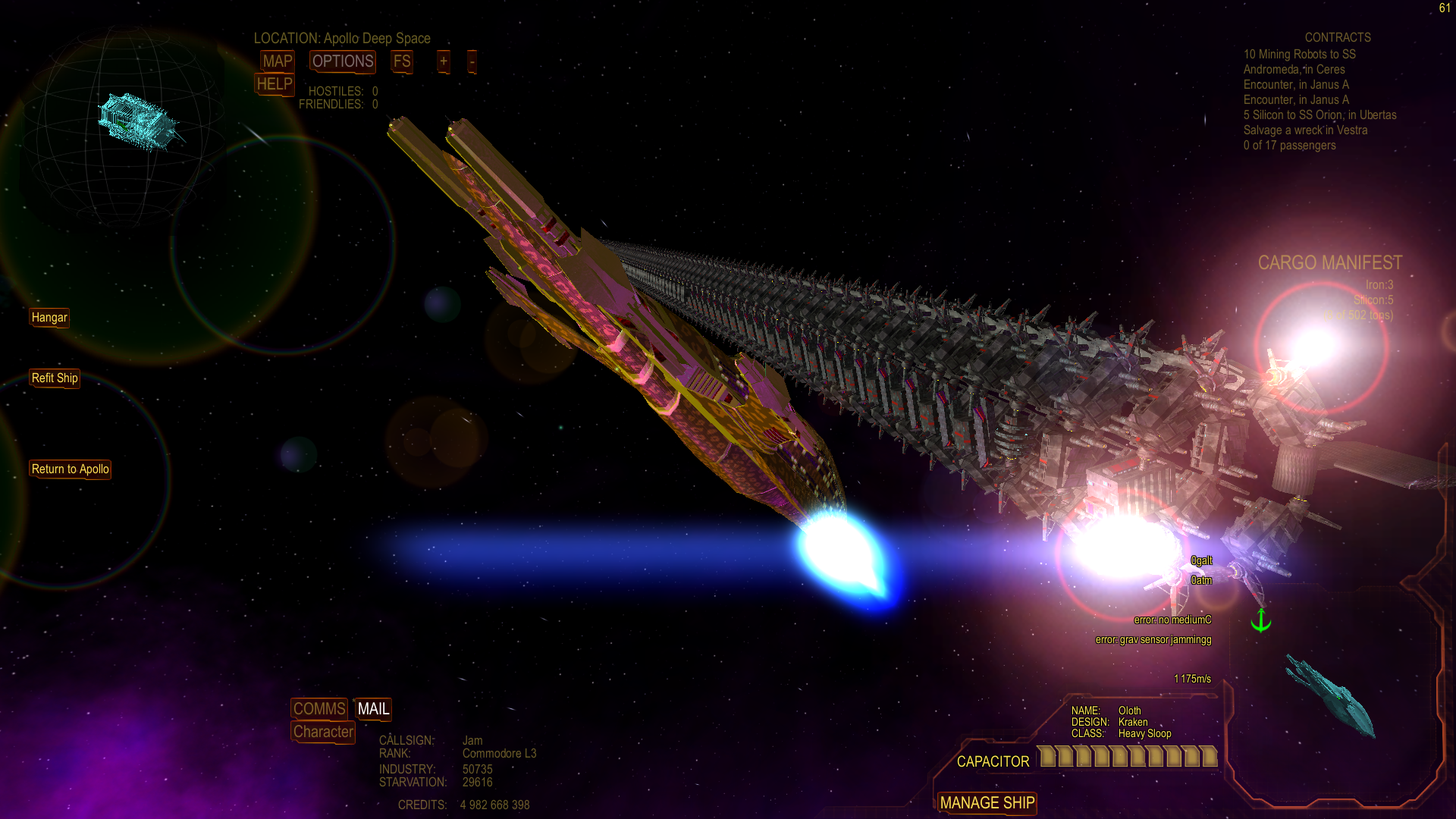 It’s here that the playerbase comes in. They’re charged with trying to stabilise the galaxy, recover fragments of lost technology, and guide humanity to new, prosperous colonies.

James has been working on the game for two years, and is aiming for a march release of the game on PC and Mac. He gave a run-through of some of the different features that are available in the game, though admitted that these would normally be introduced on a staggered basis through the main storyline quests.

Some of these features include colony stock markets (determined by the player), programmable ‘environmental zones’ to help make the un-terraformed planets a little friendlier to life, a chat system to speak to colony NPCs and the ability to recruit them into crew or as traders. Smuggling is one of the newest features that’s been added to the game, which creates the possibility of a black market around restricted goods. 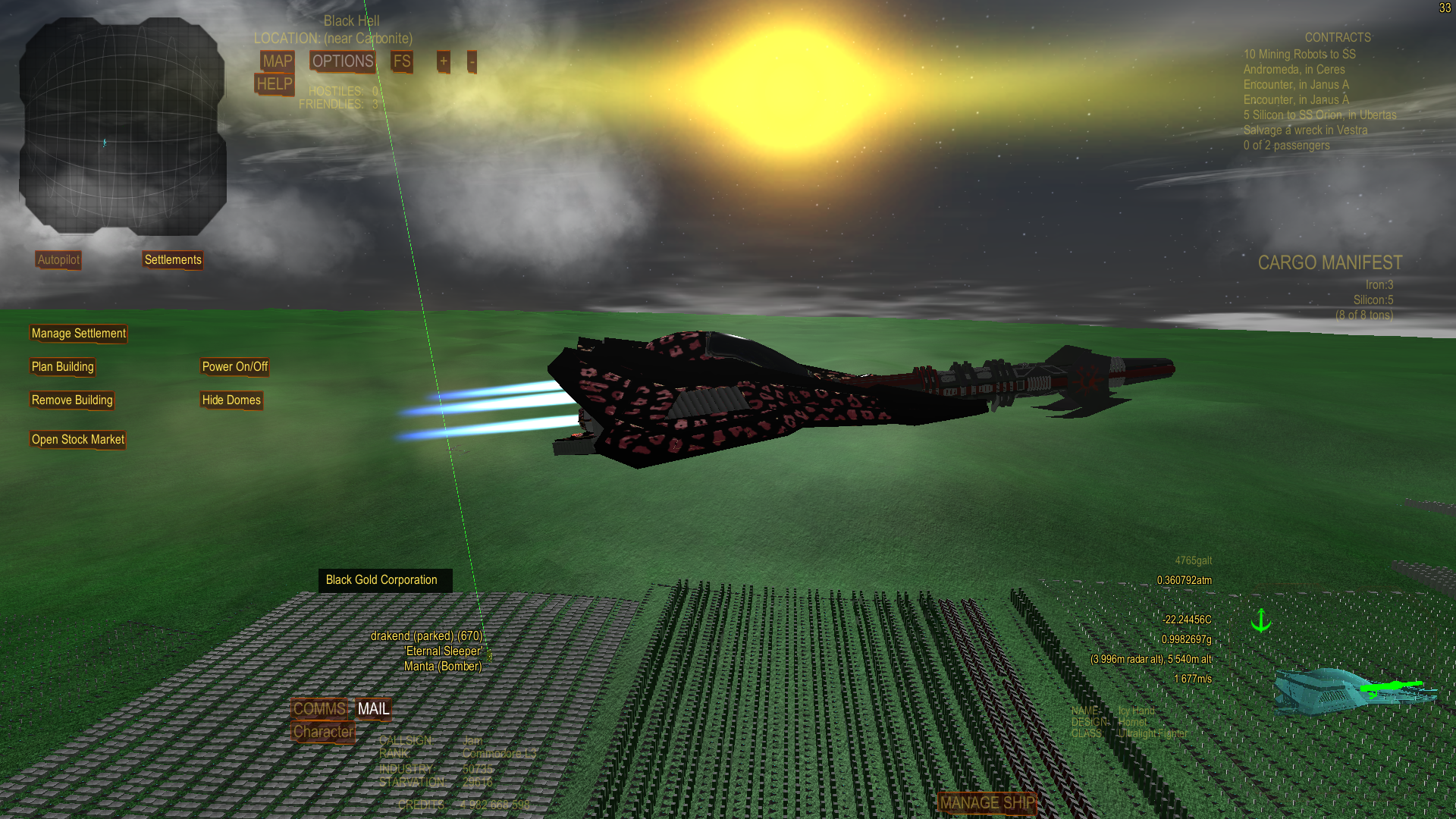 There’s sixteen different types of ships available at the moment, varying in sizes and cargo tonnage, as well as lots of places to explore. One of the features shown was asteroid mining, and it’s been designed with the goal of being a fun way to play. A mining beam lets the player heat up an asteroid until it becomes mineable, though the closer to the optimal temperature it is, the better yields will be.

There’s still a lot more in, including huge collaborative construction projects like warp-gates, but even more to come. It’s definitely one to keep an eye on.

One of the drivers behind Iron Helmet Games is one of those facets of getting older – when it comes to playing strategy games, doing it after work, especially with kids around, it becomes difficult to find two hours to play a game, and harder still if you’re trying to coordinate with friends online. 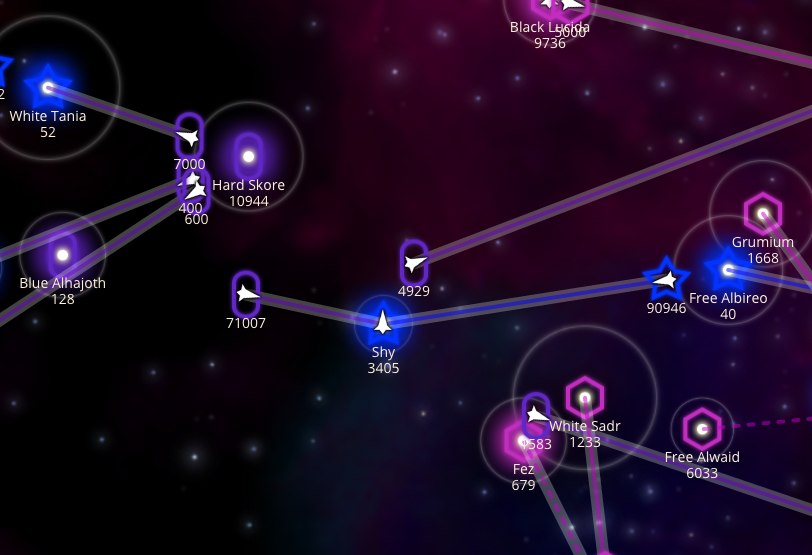 With the social interaction being so important to game creator Jay Kyburz, he set out making Neptune’s Pride – a real-time strategy game with an important difference. Games were super, super slow. The idea was that games would last a couple of weeks, be real-time, but not require round-the-clock play to be able to make things happen. Making it this way also meant other players didn’t have to be online at the same time.

The focus with Neptune’s Pride is definitely on head-to-head, confrontational and competitive multiplayer strategy.

Defect is my own personal star of the entirety of PAX Rising, and by that we mean we really like it, not that we have a personal stake in the game. It combines ship-building and space combat (because what’s the point of building ships if you can’t blow shit up with one), but it’s really the cyclical way in which the game proceeds that generates the most excitement. 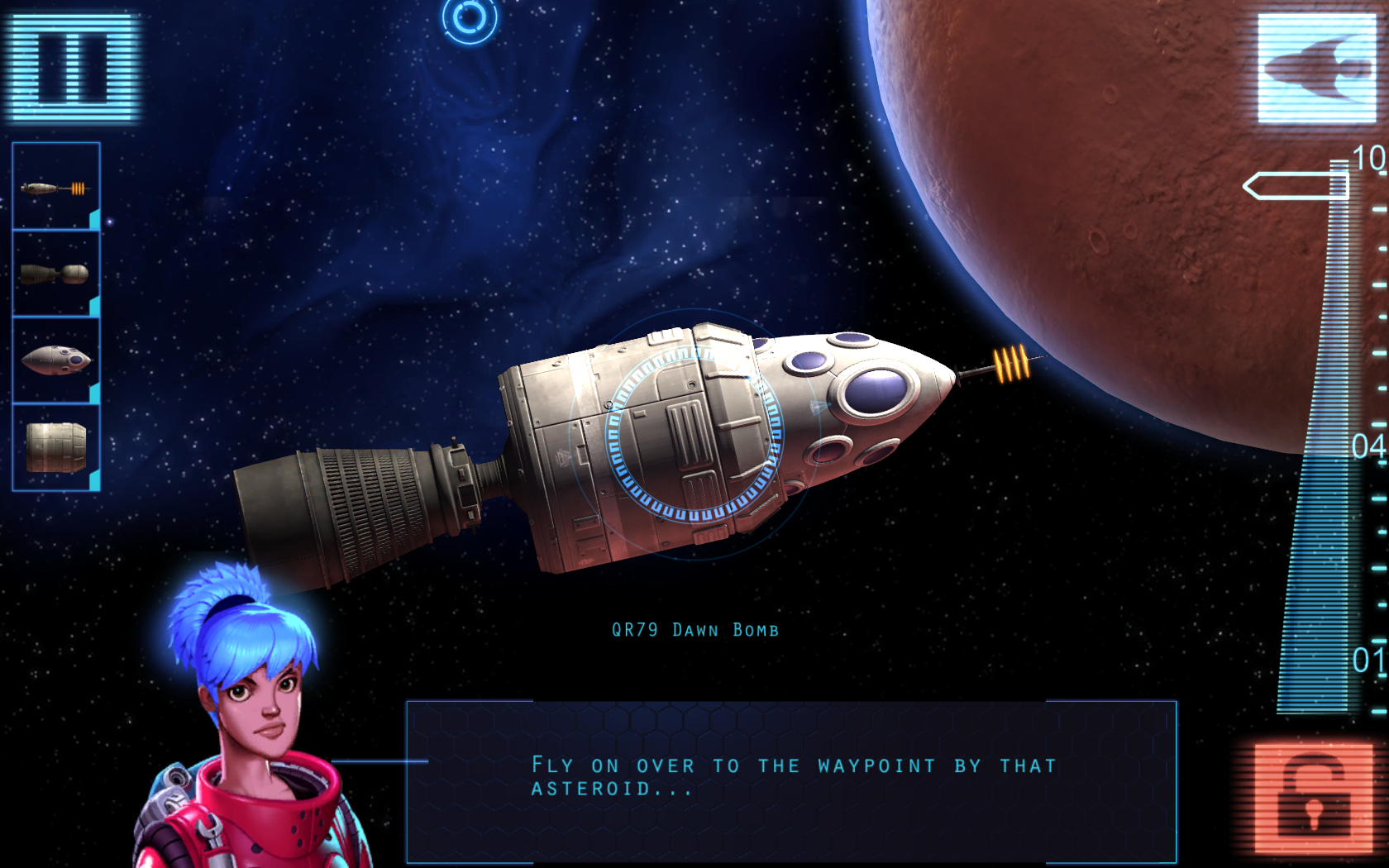 At the successful conclusion of each mission, the intrepid crew of your spaceship will, well, mutiny. They’ll throw you in a spacesuit and kick you out the airlock, and steal your ship. The followup mission is to then go after your former crew with a brand new ship, and blow them to the stars. Where this becomes interesting, is that as you go on, you’ll find yourself building flaws into the ships you make, so that it becomes much easier for you to exploit their small thermal exhaust port when you have to go after them.

With the combination of that hook, and space combat that plays in a style somewhere between star control and the bacteria levels from spore, this grabs me by the nostalgia, space-fever and gives an added level of craftiness to the very spacecraft crafting game.