We know that E3 can be a little overwhelming.  So many games to see, so little time.  There’s bound to be stuff that you simply forget to watch, even from games that you’re dying to play. So we’re going to round up every scrap of coverage from some of the major titles, and collect it all in one place for your viewing pleasure.  First up?  The Witcher 3: Wild Hunt.

If you saw any of The Witcher 3 at E3, it was probably the Sword of Destiny trailer.  This two minute clip was everywhere last week, but just in case you missed it, you can check it out below.  It’s got everything you’d expect from a Witcher trailer: plenty of brooding Geralt, some epic decapitations, and a healthy dose of sex.

Next up came CD Projekt Red’s big demonstration at the Xbox press event.  If followed Geralt as he tracked down and did battle with a mighty (and mightily ugly) griffin.  Seriously, that thing has a face only a mother would love.  But the game sure looked gorgeous, and the demo offered a great peak the game’s exploration, inventory and combat systems.  Here’s the entire presentation, courtesy of IGN.

CD Projekt Red wasn’t done showing off their game to the IGN folks.  Picking up where the Xbox demo left off, they premiered some additional gameplay on IGN Live that offered our first good look at The Witcher 3’s major urban environment, the city of Novigrad.

As impressive as all of this footage was, CD Projekt Red wasn’t done. They took The Witcher 3 over to Gamespot, and showed off an entirely new section of the game. This new demo highlighted the game’s conversation system, and features a kinder, gentler side of Geralt. They also hung around after the demo for a wide ranging discussion about The Witcher 3, including some new information about how the developers dealt with the opposing forces of an open world game and a linear story.

The following clip shows the same basic scene, but continues much further, showing Geralt’s ability to maneuver around the environment.

In addition to all the gameplay footage, we were also treated to the unveiling of The Witcher 3 Collector’s Edition, which is, even to this jaded old timer, pretty friggin spectacular. 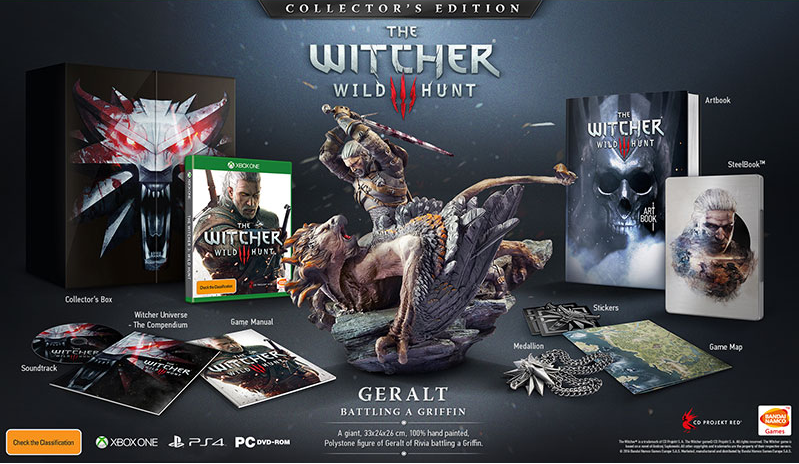 While you’re soaking that image in, let me rattle off some details for you.  The collector’s edition comes with a Witcher medallion, a 200 page art book, a custom steelbook box, and a hand painted polystone statue of Geralt laying the smackdown on a griffin that measures 10 inches tall.  The huge inner and outer boxes can even double as display cases.  On top of all that, you get everything that comes in the standard edition game, which is a heckuva lot more than most major releases.  The basic retail version of The Witcher 3 will come with the official soundtrack, a set of stickers, a world map, and a the “Witcher Universe Compendium.”

And just in case all that wasn’t enough Witcher news for you, Tash got to talk with John Mamais, the game’s Executive Producer about a host of spoilery and not-so-spoilery topics.  Check out the interview here. The Witcher 3: Wild Hunt launches globally on February 24th, 2015. 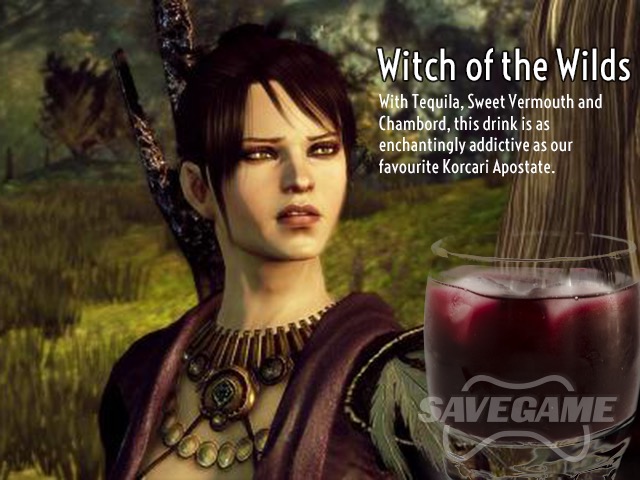