The staff of Save Game are a diverse bunch. Here’s a little bit of information about each of them. 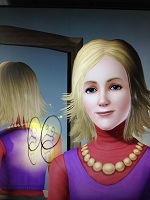 Tash is a self-diagnosed gaming fanatic. She owns a PS3 -her primary gaming console, as well as an Xbox360 slim, a gaming laptop and a PSP that sadly hardly ever gets played.

A lover of all things RPG and adventure, she dallies with FPSers and enjoys racing games as long as they don’t have a focus on drifting. She has more gamer related action figures and memorabilia than any 20 something year old professional has a right to own, and has spent more time than she’d like to admit to daydreaming about exactly what she would do should the Zombie Apocalypse actually happen. 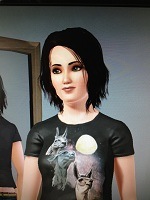 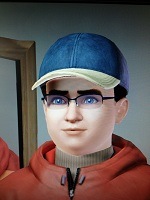 Joe was born in a time of war. A console war. Two electronic titans were locked in a heated battle for the living rooms of America. Which titans, you ask? Well, the Fairchild Channel F and the Atari 2600 of course.

You see, Joe is old. So many of his favorite games tend to be on the older side as well. But that hasn’t stopped him from developing unhealthy obsessions with such modern franchises as Halo and Mass Effect. Just don’t tell him how long it’s been since the original Metroid was released. His aging heart can’t take the shock.

In addition to our Staff, Save Game has a fantastic group of contributors who provide a wide range of articles on a variety of topics. We couldn’t continue to release the breadth of content we consistently do without their input, and we would like to acknowledge their efforts.  If you like the  authors’ work, you can click on their name to see more from them and comment on the articles!