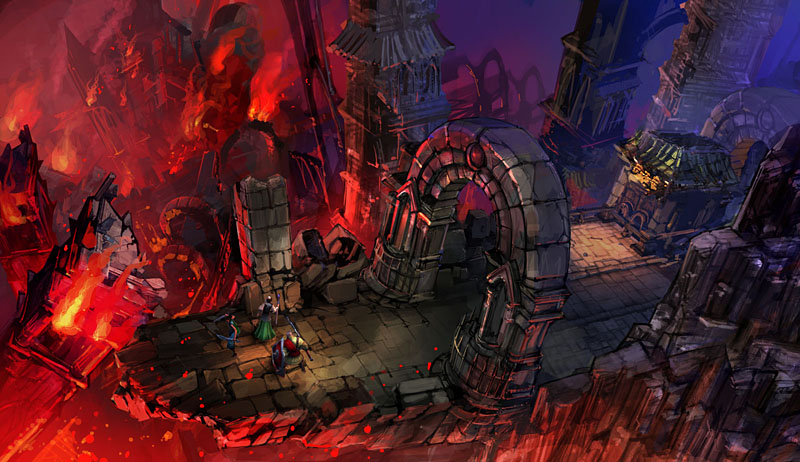 Crimson Alliance is receiving its first DLC pack on October 12. Entitled “Vengeance Pack” the DLC will set you back 240 Microsoft Points ($3) and will offer players a more challenging 4 level mini-campaign and a new challenge map with “Fistful of Coins” – a completely new mode.

Fistful of Coins tasks players with surviving waves of enemies, collecting gold as they do so. The group is able to leave and bank their loot whenever they want, but the catch is that if they die, they lose everything.

Says Tim Fields, director of business development at Certain Affinity: “We built Crimson Alliance to be expandable. For those who felt they went through the original campaign and thought it wasn’t challenging enough, the Vengeance Pack is for them.”

Thinking of picking up the DLC? Not sure whether to splurge on the base game? Check out Jen’s Review of the title. She seemed to think it was a bit of alright.