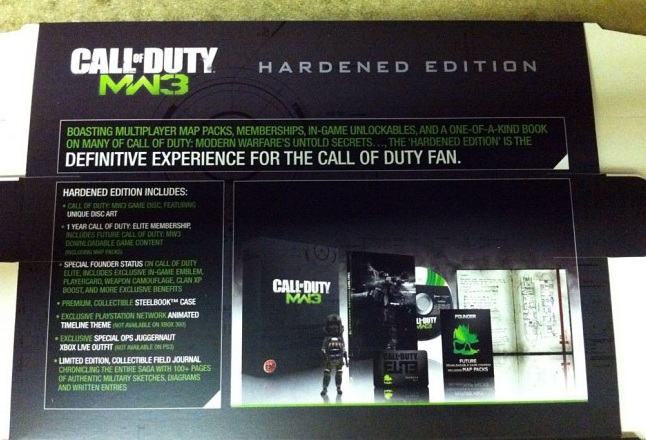 Wired has managed to snag a pretty nice scoop – a photo of what is apparently the European contents of Call of Duty: Modern Warfare 3‘s Hardened Edition. Check below for full details of what’s included.

According to the poster, the Hardened Edition will include:

So what’s the verdict – is this what you Modern Warfare aficionado’s wanted to see? Anything else they should have included but didn’t? Let us know in the comments below.