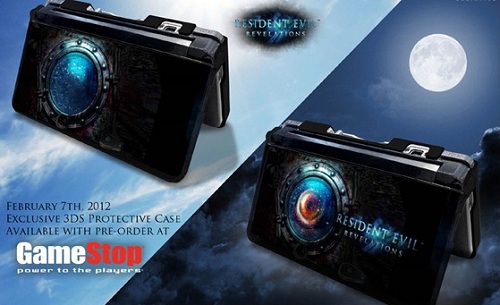 Capcom announced today that North American 3DS owners will be receiving their survival horror fright-fest fill on February 7th 2012, with Resident Evil: Revelations headed to the handheld on that date. And what’s a release announcement without a retailer promotion? Gamestop have announced that anyone who pre-orders the game from their establishment will receive a 3DS protective case (pictured in this article) which not only looks mighty snazzy, but also changes colour depending on whether it’s in sunlight or moonlight. Spooky.

The cover looks a bit Stargatey to me but hey, it’s free. And if you’re a Resident Evil AND Stargate fan – bonus, right?