Tim Schafer is a God. There I said it… as have five hundred other video game journalists. The work of Mr. Schafer as a mere mortal, which has to date encompassed the years between 1967 and last month, was far and wide some of the most creatively interesting and amusing work in video games this side of the Uncanny Valley. Of course, all this changed after his announcement that his next game would be funded using the Crowd Sourcing model, better known as crowdfunding. “What is crowdfunding?”, you may ask in a overly whimsical tone. Essentially, it is where people come together to help finance your game. There are many websites which use this form of funding to help creative-minded people to create their game and to essentially cut out the middle man.

Sites like Pozible, Indie GoGo and Kickstarter all exist to help people make their dreams come true. Whilst I have mentioned two other sites, I will be focusing mainly on Kickstarter in this article, since it is the most renowned and was one of the first sites to do it.

Kickstarter was started back in 2008 by Perry Chen, Yancey Strickler and Charles Adler and the company is currently based in the Lower East Side of Manhattan. It was originally spelt without the e, and began to gain more and more press in 2010 when people started to use it to fund their music, live theatre shows, web series and games. Big names such as author Neil Gaiman, actor and famous son, Colin Hanks and bearded video game entrepreneur Notch have all appeared or been apart of Kickstarter Projects.

Kickstarter works by people paying for projects with small to large donations. These donations help fund the project and the people in return are given incentives such as credits, shirts, copies of the game (tickets or items) or even (in Double Fine’s case) a lunch with the creators. Kickstarter simply take 5% of the donations, as does Amazon who fund the payments for the project, then the rest of the money goes to the creators, to work on their project and make it bigger and better than before. There have been plenty of video game and game related projects that I’ve seen funded through Kickstarter, but where to begin?

The first time I heard about it was the parental simulation title, OctoDad 2, which was a sequel to a hilarious indie title about a father who has to deal with also being an aquatic creature, the titular OctoDad. The game was funded on August 10th, 2011 and exceeded its initial goal of twenty thousand dollars. The work of the creators is currently under way and will hopefully be out this year. 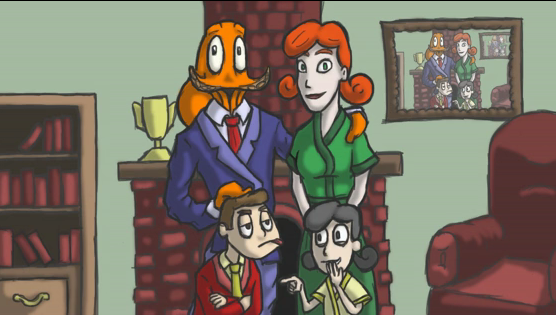 Another project I would love to bring up that was recently funded is the incredibly gory and fitness oriented Zombies, Run! This game is essentially the workout routine known as the couch to 5K but with a great story and gamification thrown in. The original developers at Six to Start were looking to raise only $12,500 for their title but ended up with over seventy thousand dollars towards the game. The game is being developed for iPhone right now and Android in the future and I cannot wait till it is released.

More recently, video game websites are being helped by Kickstarter, such as the recently funded Venus Patrol. The site is being created by OffWorld writer and blogger Brandon Boyer. If you do not know of Boyer’s work, do a web search and you will find a man who has been talking about games as art longer than people have been thinking it. Boyer set up the project to create Venus Patrol, a website entirely devoted to a fresh perspective and creatively insightful video game website with the help of Adventure Time creator Pendleton Ward, Keita Takahashi, creator of Noby Noby Boy and a glut of video game designers from across the galaxy who wanted to give a shout out to Boyer and his work. He funded the project to 200% of his initial goal and Venus Patrol is currently in development. I highly recommend people sign up right now to know when it will be launched.

With sites like Kickstarter, the power of viral marketing and the profitability of what had been seen by many as ‘niche’ titles can be clearly demonstrated. However, it can also clearly be seen that when people like Schafer, who are essentially big names on a small website, have an active project listed, many other smaller, lesser known projects will be ignored or go unfunded.

In an effort to provide some of those lesser known projects on Kickstarter with some exposure, so that they aren’t ignored or unfunded, here’s a brief sample of some projects that have caught my eye in my weekly browse of the site. These projects would benefit from your attention and your funding, so check them out below and if you like the look of them, throw a few dollars their way. 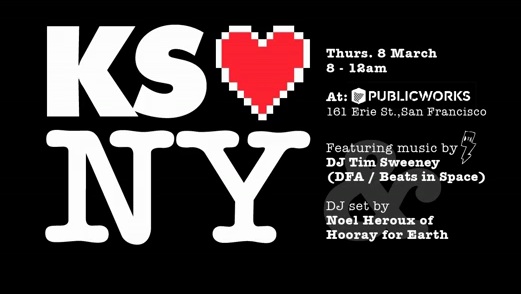 Let’s start with something that isn’t necessarily a video game but about video games. The awesome website Kill Screen is looking to bring the world of Indie Games from New York City to San Francisco. They’re looking to bring with them a bunch of sweet titles and DJ Tim Sweeney, a big name from DFA records (and in no relation to the one of the creators of Unreal Tournament). Being a video game journalist I always think playing a game is a million times more effective than just writing about them – I honestly wish Australia had just a big indie festival. This may be the closest you can get to helping…for now. 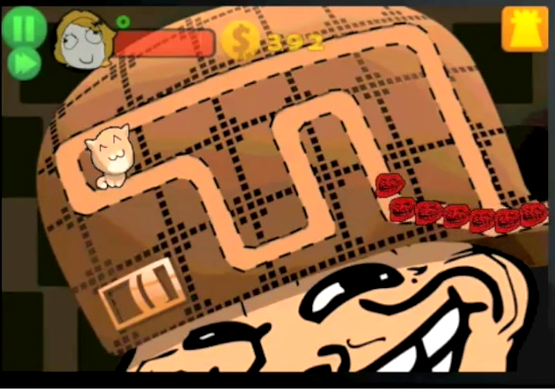 I love Tower Defense titles. So to start off the video games portion, here are three tower defense titles with all very distinct styles and different ways of playing. I’m not sure if it’s a lack of my skills in RTS or that I love the idea of working on a strategy between waves, but sometimes this style of game can get a bit dull. However, what if you’re like me and love the hell out of memes? Then Meme Defense sounds like the game for you. Play as ten different memes and upgrade your defences as you fight hordes of creatures on 15 different unique levels with several different types of trolls trying to make their way through the land. The game even has its own unique music and will be released on iOS, if $5000 can be raised. The game is in Alpha right now and looks fun and playable, but I’d love to see it fully funded, wouldn’t you? Come on, guys – Y U NO FUND PROJECT?

Now if Meme’s aren’t your thing, but creativity is, why not try Doodle Defense? Once you’ve stopped snickering, Doodle Defense is a game in the vein of Drawn to Life, where you can create your own enemies, stages and defences with a whiteboard, projector and a few markers. The game is incredibly cool and if you pay a $1 right now, you can get the game in its current build and try it out with your friends. The game’s creators are currently looking for $1500 to fund the title and they aren’t far off achieving this. The game is simple, fun and as effectively crazy as you are creative.

Battle of the Bulge

If you want something a bit historical, Battle of the Bulge for iPhone and Android have got you covered. The game only has $33 on it’s page at the time of writing this but we could see these guys get to their goal of $5000 easily. The game is about 60% completed and has some amazing screenshots on the site. They are hoping to advertise primarily online and get the game out by the end of the year. You can play it on any gaming tablet and even on a Kindle Fire!

Click here for more information on Battle of the Bulge 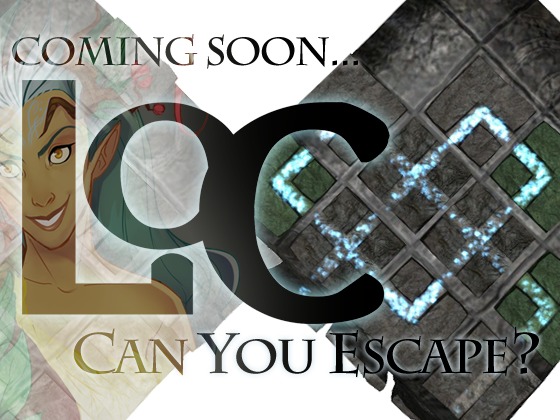 A beautifully designed and incredibly fun title, Loc is a puzzle title based around the environment and about the paths humans take. The puzzles are initially one sided but begin to turn all Rubix on your arse as you play further and further along. Like a mix between Ferngully and Cogs, this title is hoping to get $5000 and looks incredible even in this early build stage. Loc has some gorgeous character designs and style and those behind it are hoping that it will be released on iOS, Android and on PC. 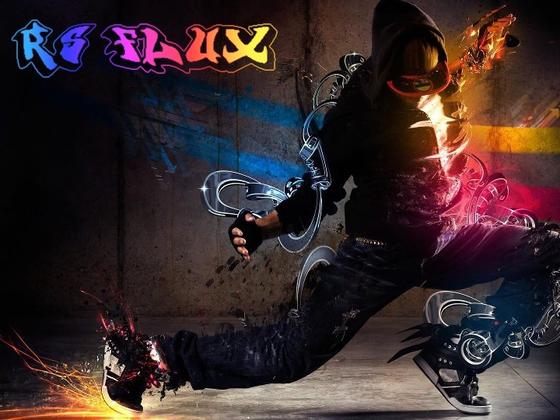 And last but definitely by no means least is RS Flux, a first person music game. Finally, a mash up we all want to see, play and hear. RS Flux is a comment on the current state of the music industry as you play a character who fights back against the system. The game includes a multiplayer setup and early shots of the game and style all look incredible. By putting down $5 you’ll get the game and all future DLC for free. This could be a real game changer in terms of gameplay and mashing up styles of both design and music with artists such as DJ Shadow who have already put their name on the project. I want RS Flux to become a reality, don’t you?

Kickstarter and other Crowdfunding sites will hopefully be the future of gaming and I would love to write about Pozible and some great projects on there in a future article. For now, however, I think Kickstarter, even though it’s almost 5 years old, still needs some press. Moreover, people need to take notice of how the games industry, and creative industries in general, are changing for the better by removing the requirement that a big corporation be involved. Kickstarter’s ingenuity and minimal financial takings mean that creative people get to grow and communicate with their fanbase without any major issues from higher ups.

The point of Kickstarter and Crowdfunding, in general, is that they support both the financial and creative sides of intellectual property. The final product is perfect for both the creators and users, with both seeing the fruits of their support and labour. Usual problems with post-production can be avoided and fears that may arise from hype or people who are weary about a new or original product can be broken.

So here’s to the future of Kickstarter ventures – and here’s hoping this article has highlighted some of the creative work going on in the industry. Take a look at the projects linked above, spend some time on the site, and if you find any gems in your search, be sure to let us know in the comments section below!