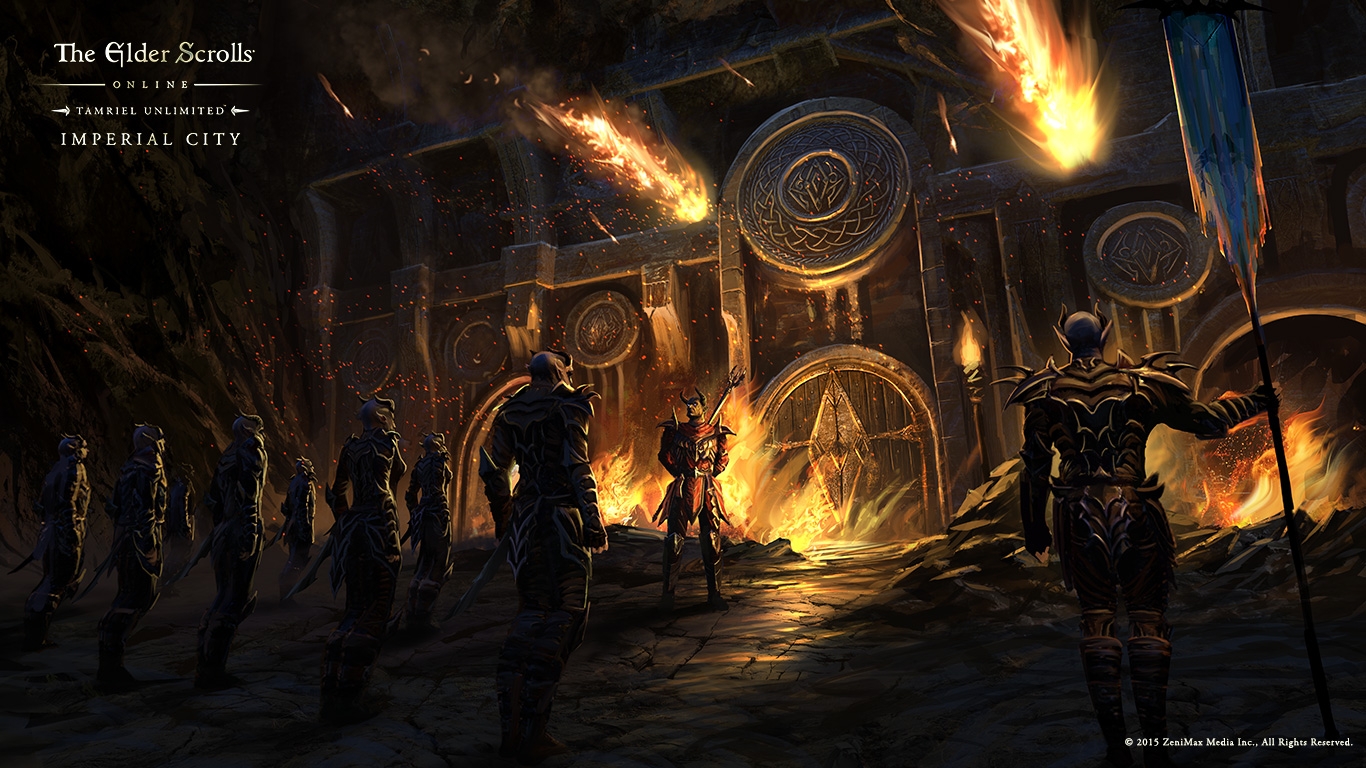 Over a year since its original release, and months since the console release, The Elder Scrolls Online is getting some DLC. Imperial City is the very first of the planned DLC releases for the game, and has now been released on PC. While it will be just over two weeks until console editions of the game get a dose of Cyrodilic love, players on PC can now grab Imperial City either through ESO Plus, or via the game’s Crown store.

The Elder Scrolls Online covers a tremendous amount of Tamriel already, and while the game had allowed players to hit up Cyrodil for a combination of PVE and PVP content, the eponymous city of the DLC had been off-limits… until now. The races of the Daggerfall Covenant, Ebonheart Pact and Aldmeri Dominion factions will wage war against each other through six different districts of the Imperial City, but also face the daedric forces of Molag Bal, Prince of Domination, Enslavement of Souls and chewing with your mouth open. New enemies, quests and characters will bring brand new experiences to many.

It may also feel a more familiar run at Tamriel for those that begun their Elder Scrolls journey in Oblivion, with the landmark White-Gold Tower and Imperial Prisons serving as the backdrop to new dungeons. For players that have been holding off on getting into the game, the release might just generate that extra level of excitement and activity that has them stick around a little longer.

If it’s been a while since you’ve played the game, you might also find there’s a whole bunch of other things different about the game too – it has a different feel now to what it did at launch last year. Your experience might vary depending how recently you’ve played it, but Imperial City will still change things up.

It’s been a relatively short time since ZeniMax Online Studios/Bethesda Softworks announced Imperial City at QuakeCon, and while the timing is no surprise, it’ll be interesting to see what the future hinted-at DLC rounds may hold.

Imperial City for Elder Scrolls Online is available now on PC, If you’d like to learn more about Imperial City, or the game in general, pop along to elderscrollsonline.com.