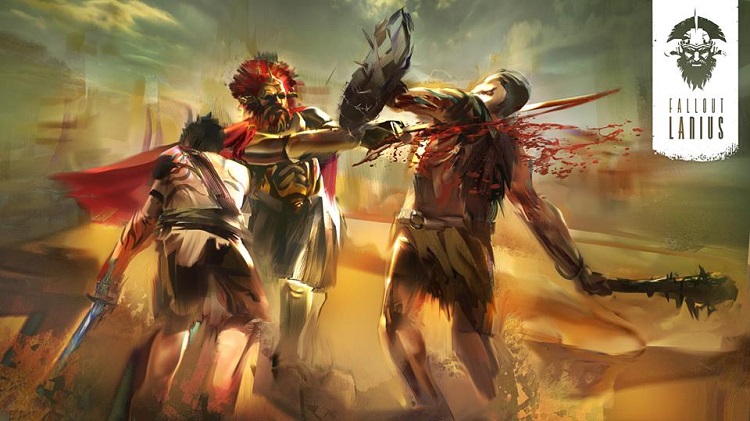 It can be hard sometimes being a fan. You love something so much, you cherish it with such intensity that it can sometimes become your own life. Yet there are those out there who hate or despise that same something, and those who want to turn it into something it isn’t, something different. Me? I’m a Star Wars fan, so you can imagine the roller coaster ride of the past twenty years, being a fan of a series that constantly updates itself as if it’s trying to keep up instead of standing tall as the innovator it always was.

But there are a number of people out there, talented and creative people, who go above and beyond being just any old fan. They create and entertain within that same world, building upon the old rules and developing brand new ideas along the way, sometimes even better than the original product. Recently, a few of these projects have become more than just fans expressing their love within a youtube video. I’m sure you’ve no doubt heard of the likes of Kevin Tancharoen, whose short film pitch Mortal Kombat: Rebirth became a hit YouTube series. Or the likes of Freddie Wong and Rocket Jump, whose love of special effects and video games became Video Game High School among many other high quality productions.

Well now you can include Fallout Lanius into the mix, a combined love letter to Obsidian’s Fallout: New Vegas and a high quality production all its own. It tells the short story of how Legate Lanius, antagonist from the 2010 game, came to be within the power hungry world of Caesar’s Legion. It’s blood soaked, violent and very well put together, despite the limitations of being a fan film.

Director Wade K. Savage certainly isn’t new on the scene, having made a name for himself within the horror genre with his previous short ‘Hunt’, but as a fan film there are partial limitations to what you can get away with and extremely high expectations in its fan base. Thankfully he’s passed both of those issues rather well, to the point that I wanted to see more once the final scene faded to black.

If you aren’t already aware, Lanius reached a $10,000 Indiegogo funding campaign goal before beginning its production here in Western Australia (so proud of that!), and the extra dosh certainly shows in the final product. Cinematographers Ben Pascoe, Jim Frater, George Davis, and Dion Borett had the difficult job of turning a small project into something that could so easily be mistaken for a big budget movie, and the results should be highly commended. The harsh WA outback covers for New Vegas rather well and though the action is a little slow in its middle portion, the action sequences are well shot and paced. Having said that, however, I have one minor gripe.

As is the case with a lot of action movies lately, the fight sequences are so tightly shot on screen that it’s hard to get a sense of the pace or brutality at times. It’s a partial trick, zooming in as close as possible to make the sequence seem more violent than it was on set, but in reality it’s a minor gripe here. If this was, say, a Michael Bay movie, my distaste for this technique would be on full show. But the truth is, it’s hard to criticise a fan film for trying this hard to be creative and lifelike, the tight footage more a sign of its small budget than its lack of vision. With that out the way, the action sequences are still highly polished, combining some very well timed fight choreography, visual effects and some exquisite makeup fx. For such a small team, you can see the love and appreciation both for the source material and the job required to make it work. 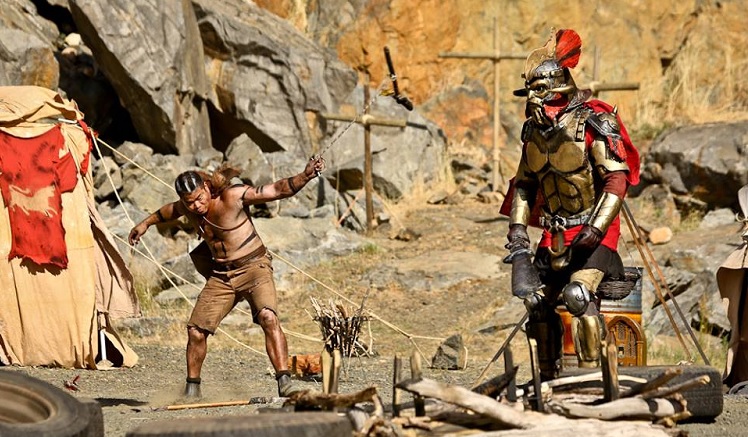 I was surprised by its slower pace, something I believe some fans may be surprised at too. Lanius is billed as a blood soaked drama, but it doesn’t throw everything at you like a Mortal Kombat: Legacy or a Star Wars fan film whose true purpose is to show off some fight moves. Lanius is more thoughtful than that, building on the lore Obsidian created and allowing it to breath organically instead of force feeding the story quickly in order to jump straight to the best scenes. Some of it does feel a little awkward though, especially a rather quiet sequence between Lanius (Johnny Domino) and Quill (Caris Eves). Don’t get me wrong, it’s a thoughtful moment for a character who we all know is as violent as they come, but it seemed to overstay its welcome just a little bit.

My only other gripe is the inclusion of voice actor Mitch Lewis, who lends his throaty and unique voice as Lanius once more. I say a ‘gripe’ since there were moments where Lewis’ voice didn’t match Domino’s performance, combined with an at times obvious difference in volume between pre-recorded dialogue and what was said on set. Most viewers won’t notice it, but I couldn’t help but cringe just a little bit (it’s my own fault, I have high expectations too).

All in all though, Lanius is a fine example of a fan film done right. The entire cast and crew should be proud of what they have achieved, as should the people of Western Australia and the entire Fallout fan base. Here’s hoping Savage gets a crack at a bigger budget one film one day.

Fallout: Lanius premieres worldwide on Youtube on August 27th. For those wanting a taste of the fan film before then, take a look at the special PAX Australia teaser below.