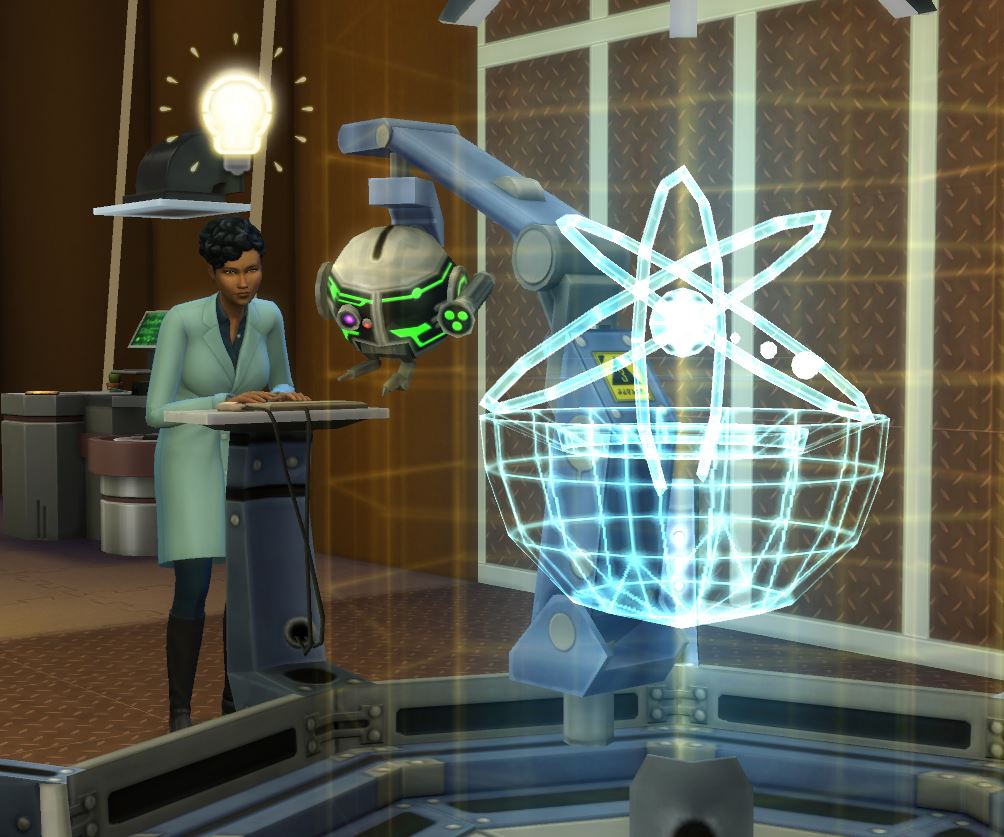 The Sims 4: Get to Work is the newest expansion for this life sucking time draining reality ruining game. Naturally I have played as many hours as my body and mind would allow (this is way too many hours) and I have some things to say about the new features and additions.

I was skeptical upon hearing about the new expansion. I’d played The Sims 3: Ambitions in which there were so many opportunities to go to work and experience jobs like sculptor, tattoo artist, interior decorator, and inventor. So when I heard that Get to Work only offered the three careers of doctor, detective, and scientist I was a little bummed. But it turns out it’s so much more than that.

As with any Sims expansion there is a plethora of new items, hairstyles, outfits, and social interactions. Oh and there are aliens. You can be an alien or meet aliens and stuff. I haven’t played around much with that yet, but It’s good to see the return of our extraterrestrial buddies. 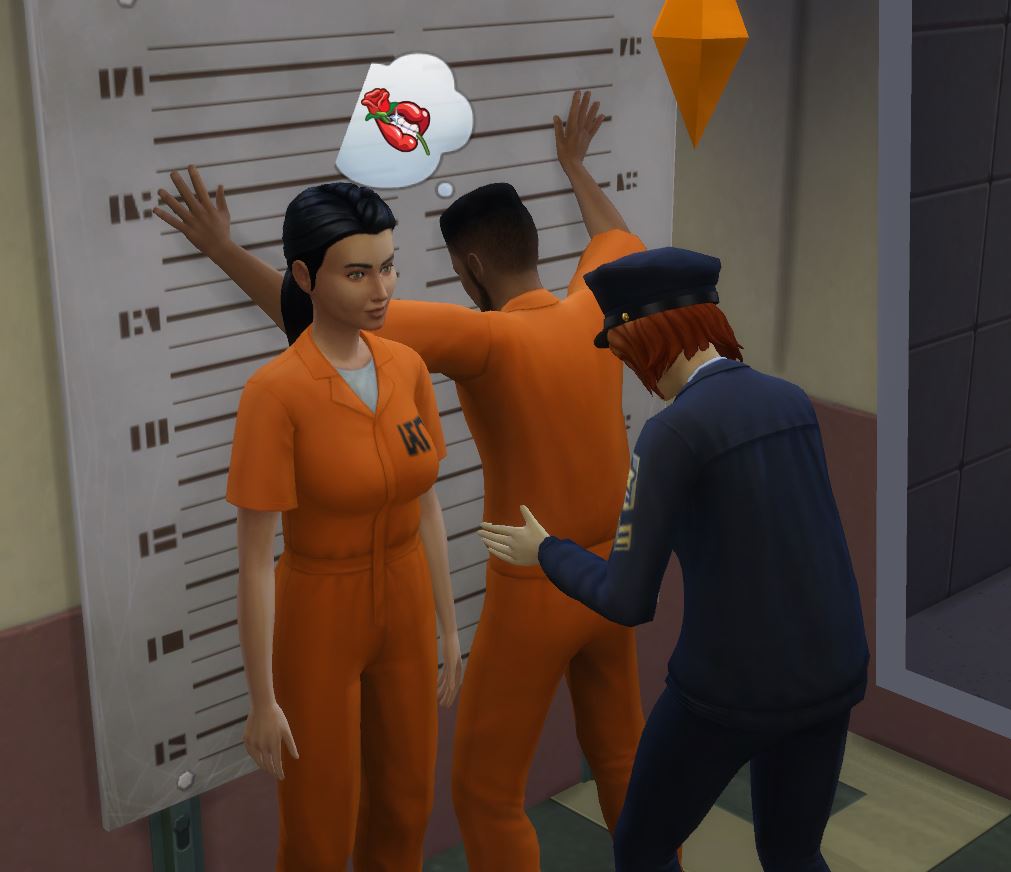 Jo Kenda is on the case and this dude is liking this way too much.

I played the detective career first. My Sim, Jo started as a cadet in the police station, patting down perps, taking mugshots and fingerprints, and researching in the crime database. The objectives for any work day are pretty clearly laid out for you in the top left hand corner of the screen, but that doesn’t mean you have to follow them to the letter. The more tasks you complete, like filing your paperwork, chatting with the police chief, and analyzing evidence, the better your work day, and the more likely you are to get a promotion. Jo was a star. Before long she was walking the beat, going on patrol, issuing citations for fighting and littering, and even investigating crime scenes and taking witness statements.

The system within each career is more robust than I expected. Once you arrest a suspect and book them, you can even interrogate them about the crime. Do you want to be good cop offering them up a candy bar or politely asking them for information, or do you want to be bad cop and intimidate them into talking? You can choose. Jo started out friendly but she soon got frustrated and ended up making threats. That got them talking. 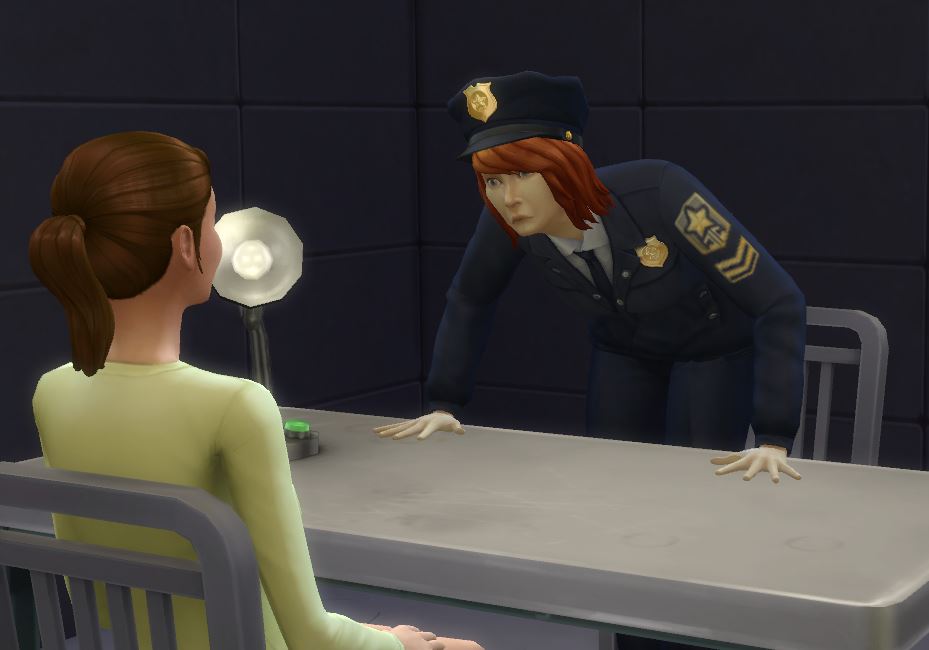 Before long I moved on to the medical career, another fun and surprisingly interesting path. Once again, the tasks are laid out pretty clearly and there are a bunch of new interactions to have with other Sims. It actually felt pretty good to have Sim Angela admit patients, examine them, talk about their general health and bring them food. I felt very helpful. That was my good deed for the day. Angela isn’t a doctor yet though, so she hasn’t been able to diagnose patients. So far in fact a lot of her job seemed to be taking breaks in the break room and mopping up puddles. You’re relegated to one lot in the medical profession, which made it not quite as interesting to me as the detective career where you can go on patrol and visit crime scenes. 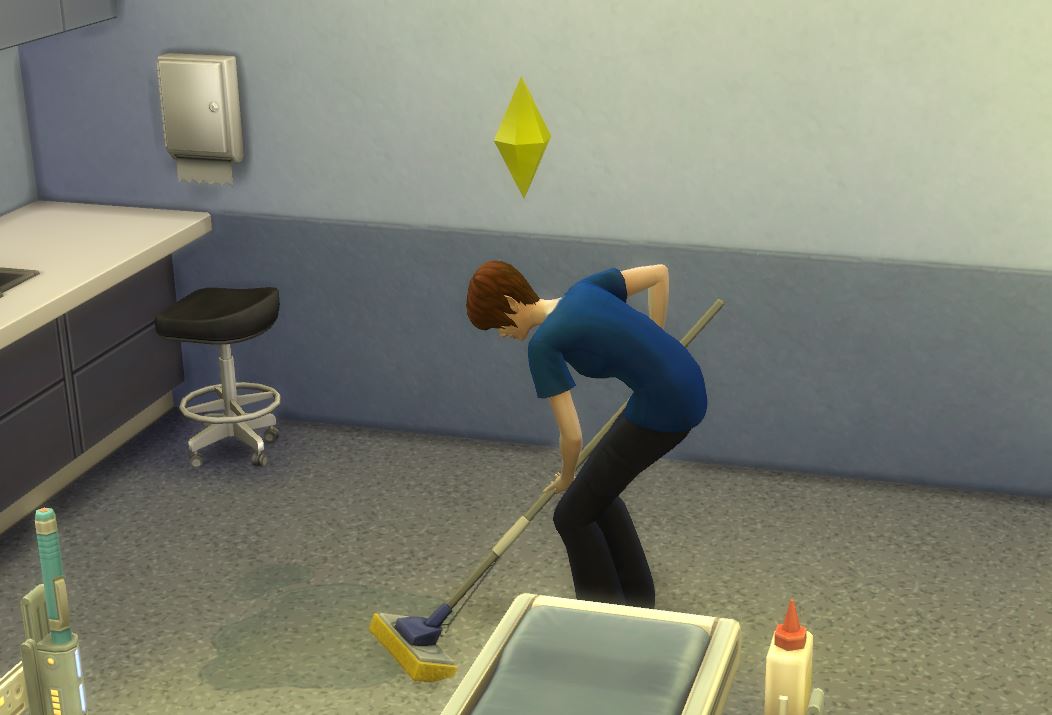 The scientist career is really cool. Marigold got to play around a huge warehouse science lab and invent things and make serums. There a big weird robot to talk to. She was friendly with it but if it were me I would set it on fire. Sentient machines freak me out, man. There’s so much to do and I’ve only scratched the surface of this one. 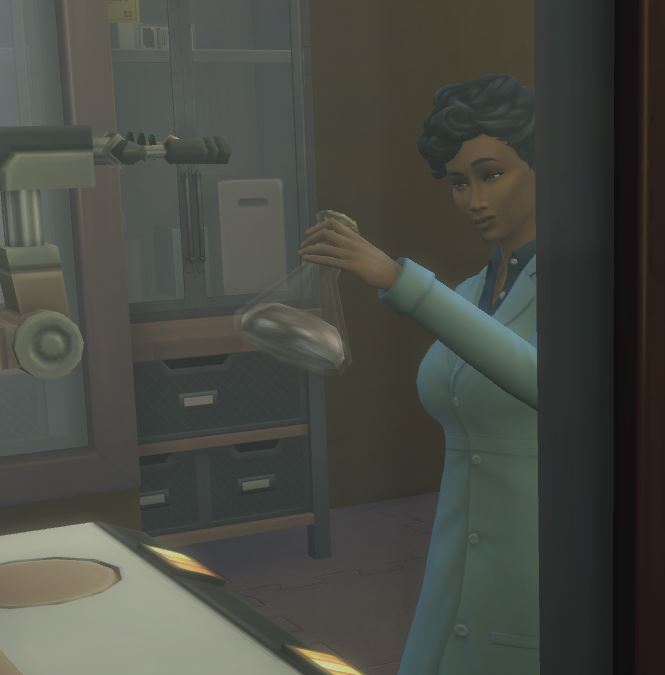 It turns out those aren’t the only careers you can have in Get to Work. In fact, there’s plenty to do, especially if you want to run your very own bakery or retail business. You can actually own, set up, and run it. You can sell whatever you want. There are pre-made businesses that you can buy (if you have the wad of cash to do it) or you can build your own from the ground up on a vacant lot. I chose to have Yana here run her own clothing store. She’s a fashionable lady and wanted to share her gift of style with the world. 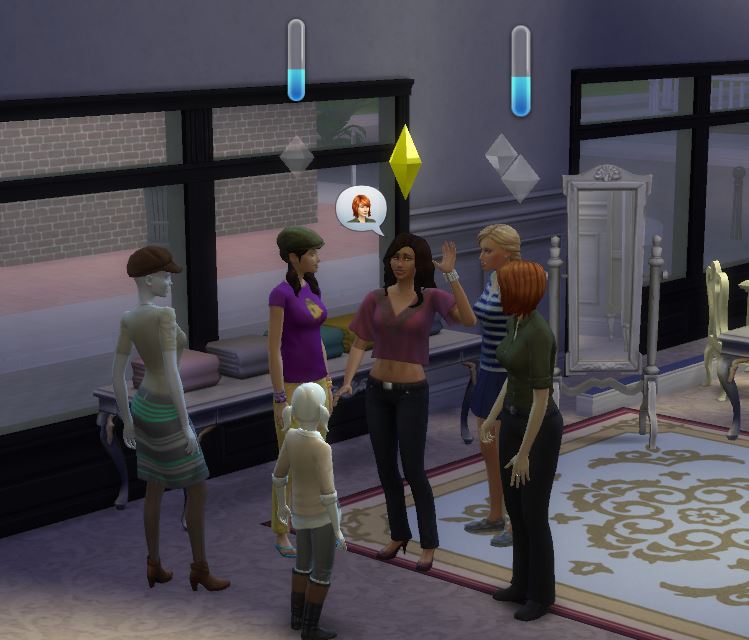 Buttering up the customers.

Greet customers, answer their questions, ask about their shopping preferences, and just generally schmooze with them. You’ll not only earn retail perks, which can get you some cool rewards, but you’ll steadily convince them to buy something from your shop. They can buy anything you want to sell. If it’s an item in the store, you can set it for sale. I even marked Yana’s toilet for sale just for fun, but there are no takers yet.

It is a real challenge to make a large profit, particularly in the beginning. Restocking fees are huge and if you have any employees that will seriously cut into your budget. I’d also recommend stashing a fridge or something somewhere on your retail lot, as your Sim can get hungry and cranky. We’ve all been there. It’s no good for anybody.

There are new skills in this expansion too. Now your Sim can take on baking and photography and steadily become a successful sweets seller (say that three times fast) or even a paid photographer. Photography has become my favorite part about the expansion! Run around, take pictures of everything, take selfies, take portraits of people in your studio, and even sell your prints to customers if you have your own retail lot. It got to where I didn’t even leave the retail store except to go take more pictures (so it’s handy to have a bed, shower, and microwave). 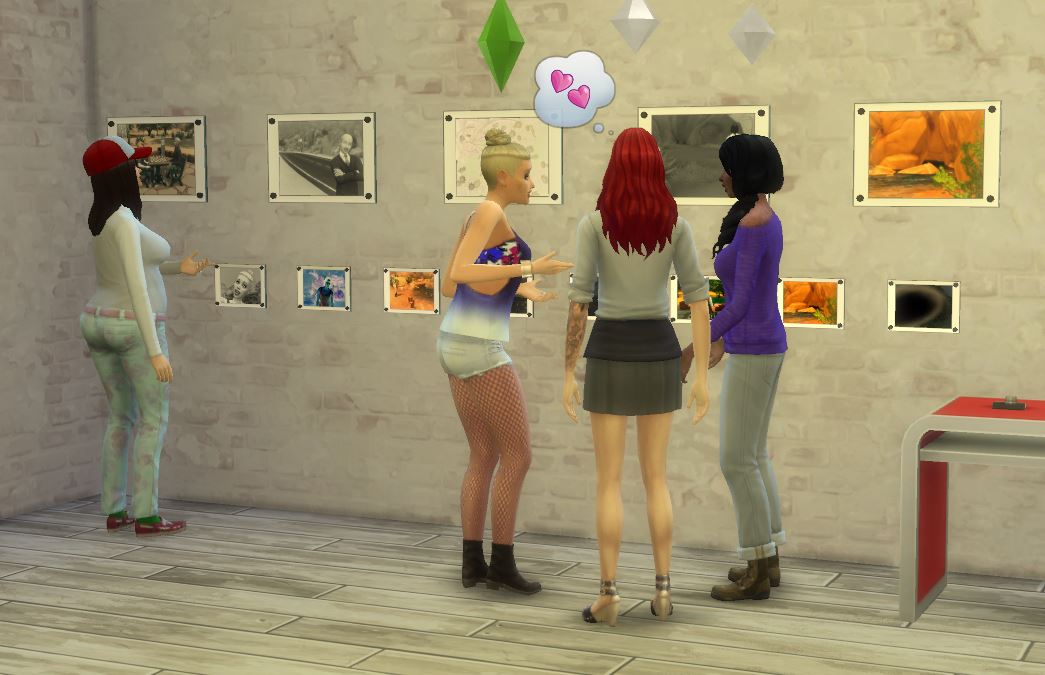 Tawny has an art gallery where she sells the terrible pictures she takes around town.

Life outside of work is mainly just recovering from work and hanging around the house. When a weekend came, I was so excited that my Sims would hit the bar and talk to and flirt with as many people as possible. Work hard, play hard I guess.

I ran into a few little snags along the way in the game. Occasionally something doesn’t register and a task won’t get marked as completed, and oftentimes the Sim is very slow to carry out whatever objective you give her. This can really cut into your work time, but luckily you can extend the work day by a couple hours if you really need to finish something up.

Generally speaking I had few problems and many hours of game time, so if you’ve ever wanted to be a mad scientist, solve crime, save lives, or figure out a way to sell your toilet – you’re in luck. The Sims 4: Get to Work is available now and it’s really fun.