A Look Back at Mass Effect 2 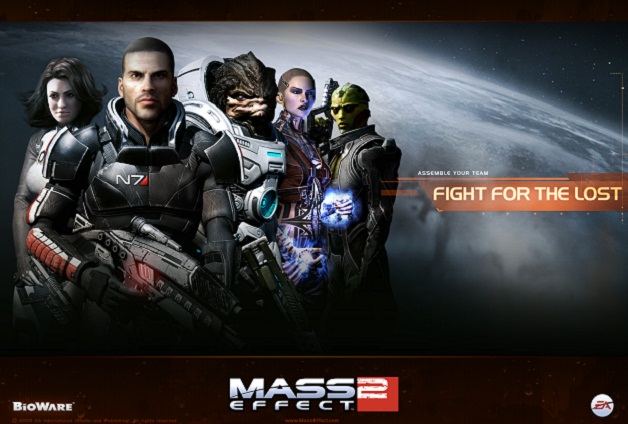 Mass Effect 2 runs parallel of one of my favorite World War 2 movies, The Dirty Dozen. In it, Lee Marvin is put in charge of a group of misfit felons and those facing the death penalty to launch a secret pre-invasion strike against a German dinner party hosting top military leaders. While it isn’t point by point re-telling, what really drives it home is the ending. Each member of the Dirty Dozen has a specific talent and task to do, they know they would be lucky to make it out alive, and in the end only three do. When looking at my overall disappointment over the ending of Mass Effect 3, and replaying the end of Mass Effect 2, I am reminded why the ending of 2 had such an impact on me.

In Mass Effect 2, Shepard has been dead for two years, leaving his original team to pick up the pieces and move on with their lives. Under the orders of the Illusive Man, Shepard is given dossiers on a crack team to investigate and attack the Collectors. Some of the original team, Garrus and Tali, choose to come along, while others like Wrex and Liara, have found a new purpose preventing them from joining up. Each member brings with them both a specific use and as evidenced by the Jack/Miranda and Tali/Legion arguments, aren’t the most team-centric group to have on a small ship in the middle of a vacuum.

The game essentially falls into 3 acts: recruitment, resolution, and application. Recruitment is not an option, you must assemble your team, either rescue them or give them purpose to make a difference in the galaxy. Resolution is one of the most interesting aspects. Everyone is beginning to understand that they may truly not come back from this mission, which leads to some of the best character moments in the game. You have Jacob dealing with his father’s 10 year vacation being emperor over simple minded crew members. You have Jack facing the reality of her past. Mordin’s struggle knowing the altered genophage is his legacy, and wondering if that is what he wants to be known for. All the characters are richly explored and given motivation, and with that loyalty to you and the mission (plus a nice costume change).

Finally the third act, (application of their talents) kicks off with your crew being kidnapped, and having an invisible timer that would lead to their death is a brilliant addition. You must go as quickly as you can to save the crew, as opposed to the conditioning of other games where you have all the time you want because unless you’re told, there is no specific consequence for doing so. You then enter the Omega 4 Relay, where no ship has returned from.

Within moments of entering the relay you watch the cutscene of the Normandy get battered by debris, and in the ensuing attack, Miranda will casually mention that it was a good thing you upgraded the plating, a choice you had made before. Jacob will talk about the shields, and Joker will mention your new Thanix cannon. Each time they talk about an upgrade you made you’re shown a team member look frightened at something, and then…nothing happens. All of it seemed very natural since you think “Yes I made those upgrades, I am glad I made them, three cheers for me.” Ok maybe you don’t think exactly the way I do, but you get the point. 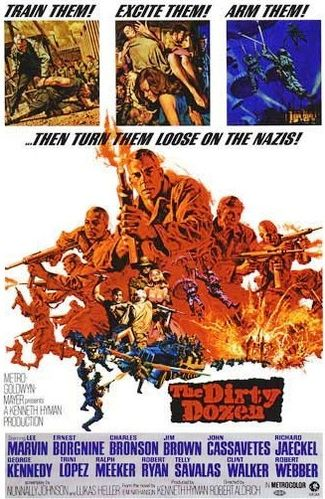 You crash land and then meet up in the conference room, Jacob offers to take a job he is clearly not qualified for, as does Miranda. Do you override their suggestions or do you make your own for the jobs of tech expert and a battle hardened field leader? In my first playthrough, I didn’t want to put Tali in danger, so I sent Thane in as my tech expert, leading him to get shot in the face. That was when the reality of the game really struck me. I need to make good decisions that mean putting my friends in danger and not bad ones that could endanger someone else. In essence, I need to think like Commander Shepard, and not Jeff, the guy sitting on his couch.

The rest of the suicide mission is followed by the same “choose a member to do something, and if they are well suited for it, no one dies”. Finally you make a choice, keep or destroy the Collector base, mourn your dead and then fly off into the sunset.

So, lets take this back to the Dirty Dozen: You have (assuming you shun DLC) 10 characters, including Shepard and Joker that makes 12. You also have the following questions:

-Did you upgrade shields?

-Did you upgrade plating?

-Did you send in a tech expert?

-Did you choose a good team leader?

-Did you send someone who can protect a group?

-Did you choose a good team leader to hold the line?

-Are the members of your team loyal to the cause?

If you answered “No” to any of those questions, you’re losing someone, if you answered no to all of them, the math works out to where only Joker makes it out alive. You are left with 3 surviving members, one of which will die buying you time fighting the last boss, your two squad members won’t survive the boss fight and Shepard doesn’t make the jump. Your decision regarding the Collector base is just a binary choice, where the choices you make inside the last mission are the ones that really matter to the overall story and what you expect in Mass Effect 3.

Speaking of Mass Effect 3, let’s take a look at the structure. You have the recruiting phase, which I guess you don’t really have to do, since Ashley/Kaidan and theoretically Tali can be denied into your little club. There is no resolution phase besides go up and talk to a crew member on the Citadel. Finally the kick off to the application phase is clearly when you choose to strike Cerberus HQ. You’re forced to take Edi along, and there are no real questions that force you to apply what you know about your characters to specific situations. You have a midboss fight and then you go to Earth, where again you choose a couple of squadmates to accompany you through . It could have been anywhere on Earth, but they tell you its , see the red telephone boxes that should be obsolete? Finally you get to ’s forward base, have another chat with the crew where they seem to think they’re all going to die. Then you go…die.

But you get to make a choice at the end right? Oh, the choice you make only determines the color of the end cutscene. Well at least Bioware announced that they are doing an extended cut of the ending, but if its just an extended cinematic, then they are missing what made the ending to 2 memorable in the first place: a series of hard to make life or death choices with the fate of the characters you like hanging in the balance.