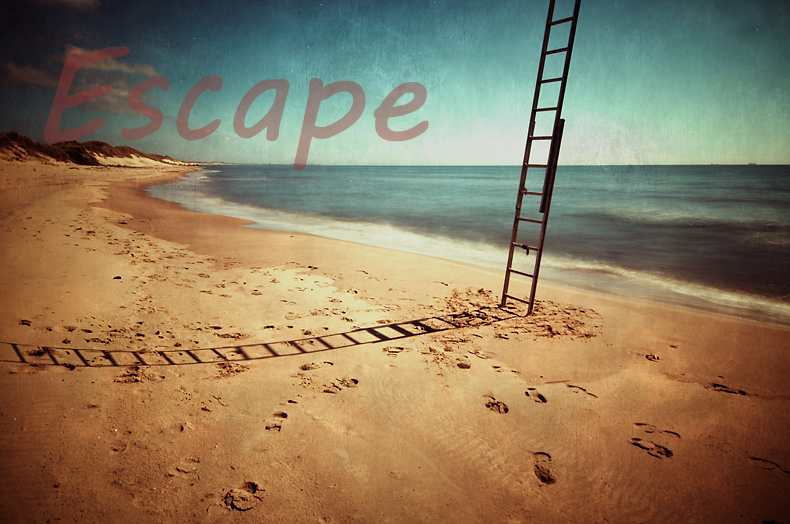 I think I game to fill a void in my life.  There is a sense of disconnection, a definite feeling that I have no control, and just a lack of purpose.  I hate it.  And in so many ways gaming offers a balm for that pain.  It eases the burden, even if only slightly sometimes, and it gives me something that maybe only music will ever transcend: a sense of wonder and hope.  Some might not understand this at all.  Actually quite sure a few might snicker at this revelation.  But then I look at the world around me and really wonder what is so much better out there.

Perhaps, first and foremost, there is a sense of purpose and meaning in these created worlds that I just haven’t found out there in the real world.  Of course there is the obvious “saviour of the world” trope, or in my current case, “saviour of the galaxy” in Shepard of Mass Effect fame.  It’s quite easy to see not only the appeal to such an experience, but also the illusion of purpose it can create within the gamer.  There are set goals and means to achieving them.  Granted, in a game like Mass Effect the goals aren’t always clear in every circumstance and the road to get there is anything but laid out.  However, that path is there.  The world is essentially set.  You don’t have to worry about the rules suddenly changing on you.  Sure, maybe a certain action might have a surprising consequence, but in the end you can discover how to achieve success.

Sadly, I’ve lost count of how many times in this precious “real” world that I’ve reached the bar someone had set to “be successful” and “be rewarded” only to have that bar moved or to simply be kicked back down to the start.  I walked the road that was supposed to offer me great things or at the very least great chances.  That was a lie.  And that doesn’t happen in many games… there is a clear relationship of completing a task and set form of compensation.   It is refreshing to sit down, start up a game, and know that if you do something there will be no change of heart that makes all that effort pointless.   Sometimes the tasks are tedious or difficult, but the game doesn’t simply pull the rug out from under you and laugh once you’ve completed whatever it has asked of you for a set reward.  It gives you the reward.  Granted, sometimes the reward might be unsatisfying, but it is sure a damn sight better than simply being told all your hard work meant nothing at all and you are right back at the beginning.

And with this purpose comes a sense of power.  Throughout childhood there was that old common refrain “you can change the world if you really try”.  Well, you grow up and quickly realise that is simply a pretty and comforting lie.  The dread and despair were crushing when I realised how little the world cares about what you do.  Here we are more or less bound within a system that doesn’t give one damn about you personally.  You may choose not to play by their rules or even play the game, but they will find others to fill that gap, rendering your gesture impotent.  Then there is the pressure, both intentionally inflicted and unintentionally caused, that is forced onto those individuals to conform.  Of course that doesn’t stop even if you play by the rules.  You are always under someone else’s watchful eye.  With gaming, the power is almost always in the gamer’s hand.  Sometimes it is a mere illusion of mechanics and combat, but this becomes evident and profound in games that give you any level of real freedom.  Maybe that is why I love Bioware games so much.  There is a definitive sense that I matter in that universe.  What I do has lasting effects not only on the outside world, but on my own life.  How can you not love the interactions you can have with so many characters and the changes and nuances to those relationships based on how you choose to act?  It is a wonderful sense of not only power over things, but of connection.

Some would recognise all this as a form of escapism, and while true to a point, it is so much more. The structure of these games is stable.  There is an ability to interact in a world that is not founded on lies and constantly changing rules that are determined by the whims of a society that I personally feel disconnected from.  Gaming offers a feeling of control, of wonder, and a connection with myself that is fleeting under the torture of the real world.   I guess in some ways gaming offers the world we were promised as children… tasks are fair, rewards match those tasks, and you actually have true power to change things.  All the sad realities we are told to exist are muted in these worlds.   And really… it is a pity that it seems I have to rely on a game for that feeling.

These are merely personal observations on my own feelings and are not intended to be superimposed on all gamers or even a small number of gamers.  This is just me.